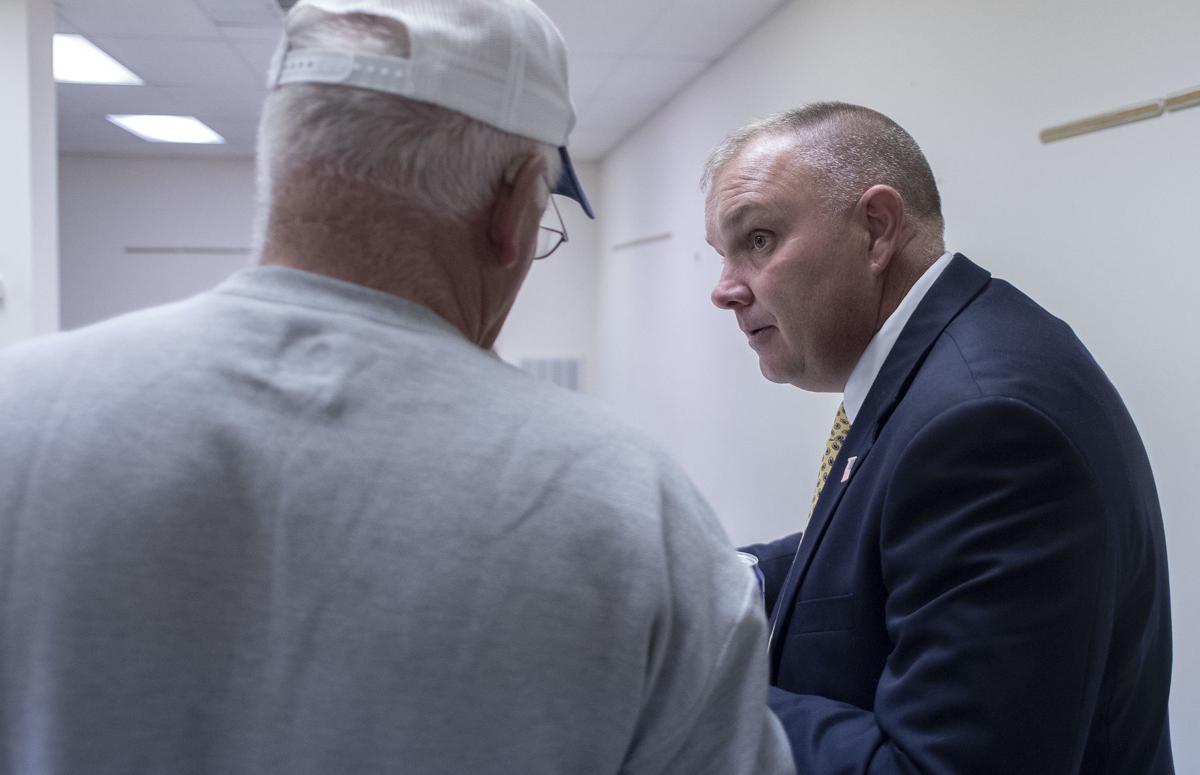 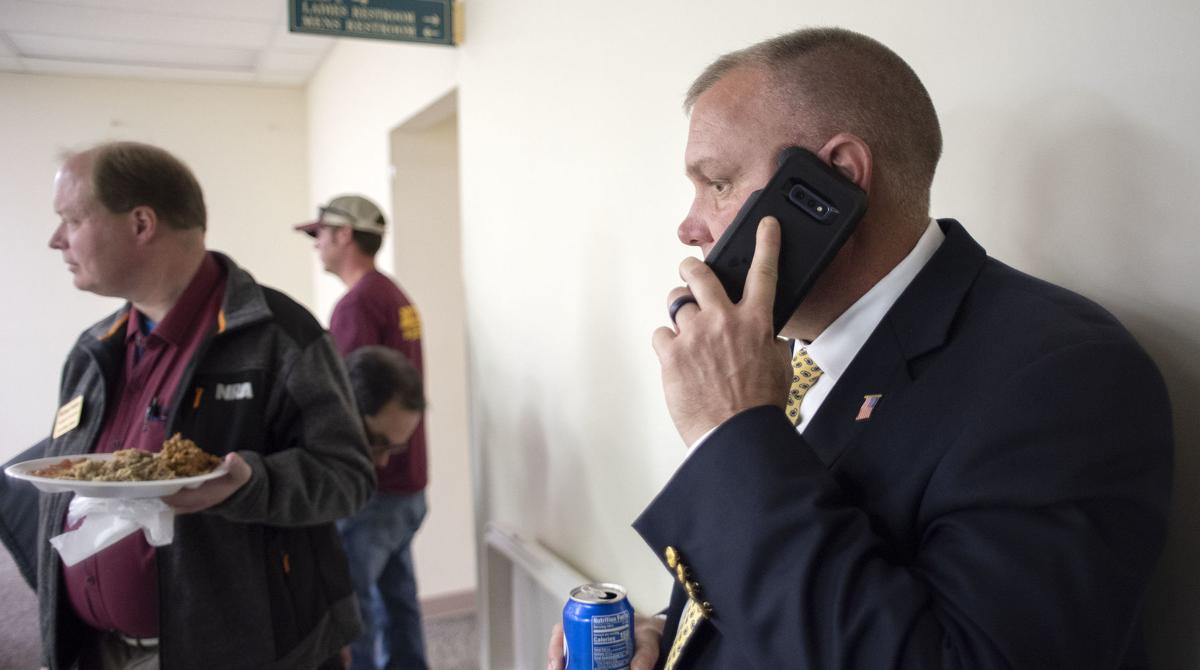 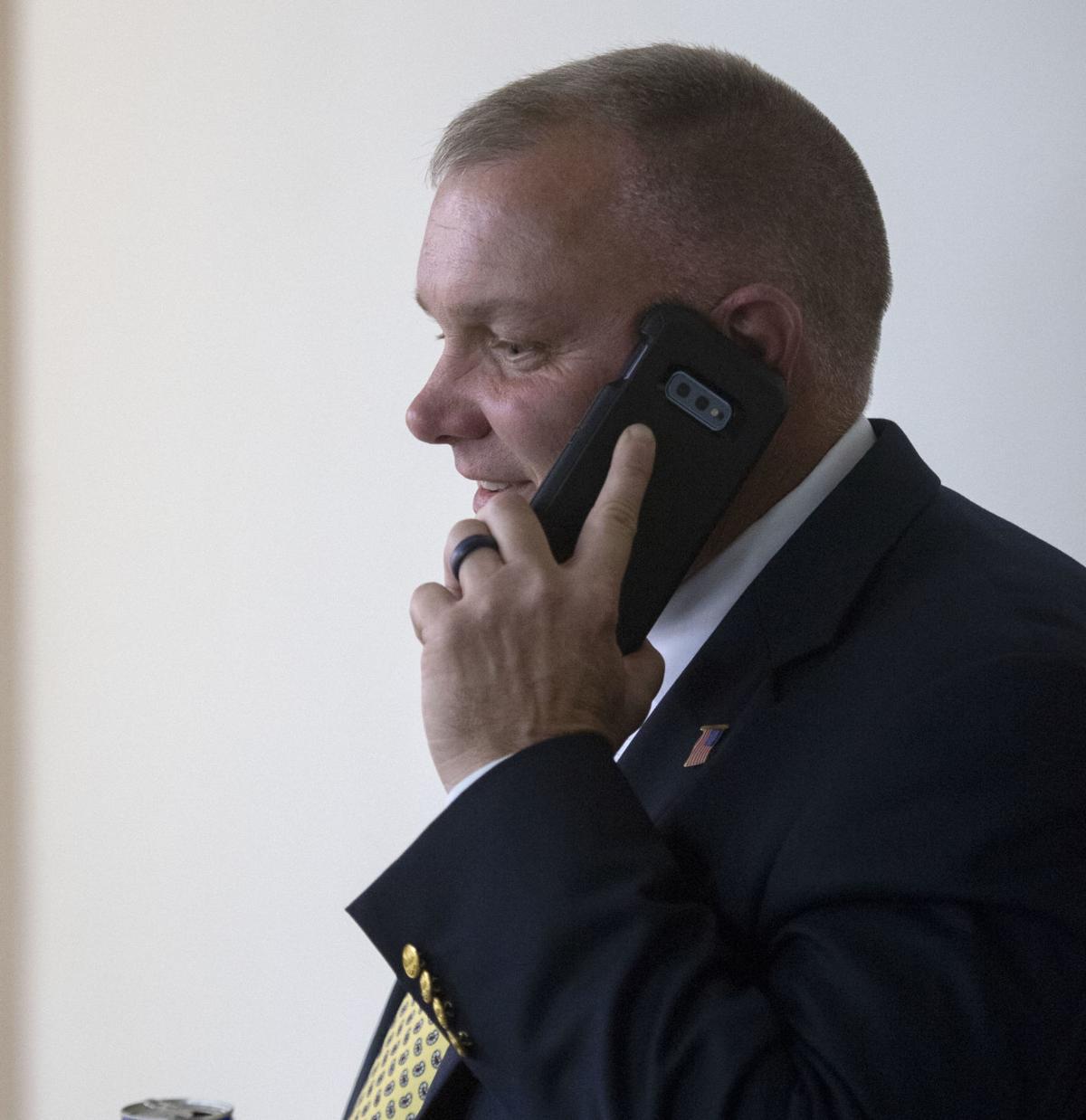 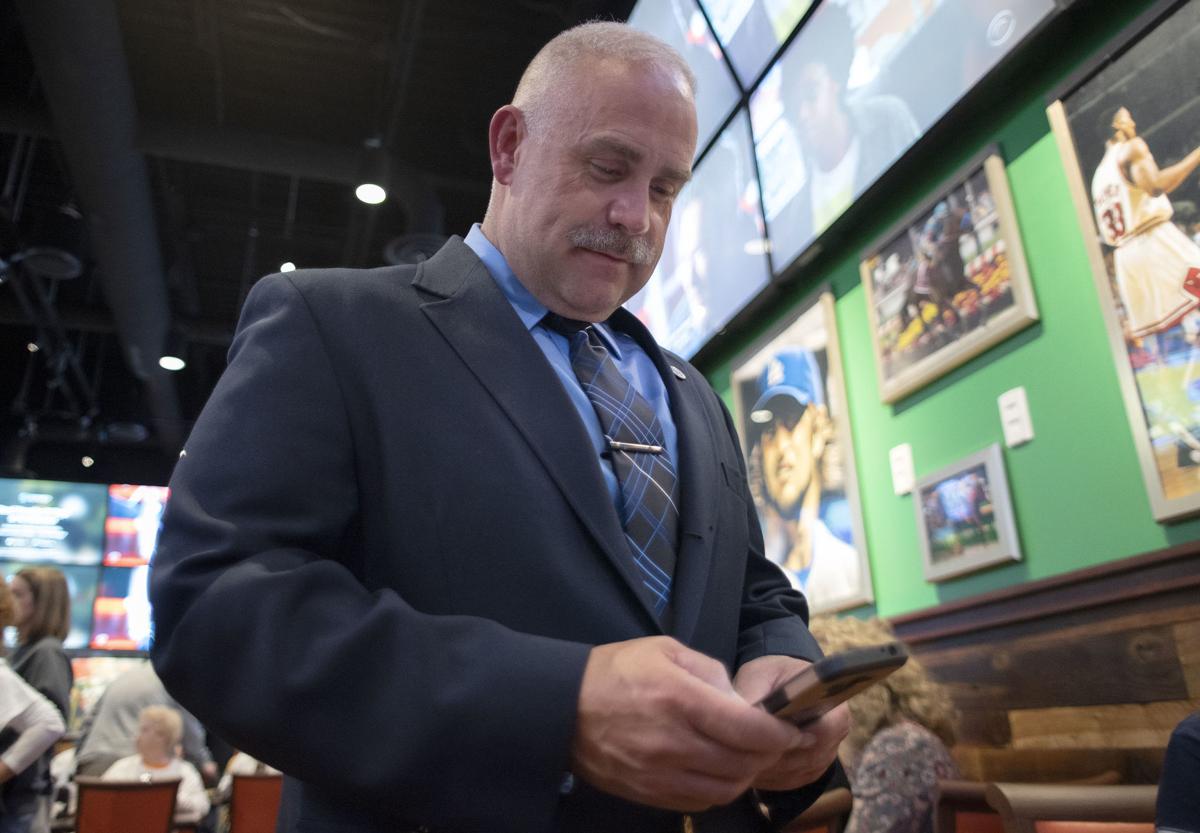 Washington County sheriff's candidate Greg Hogston checks the polling results on his phone during his election night party in Abingdon. 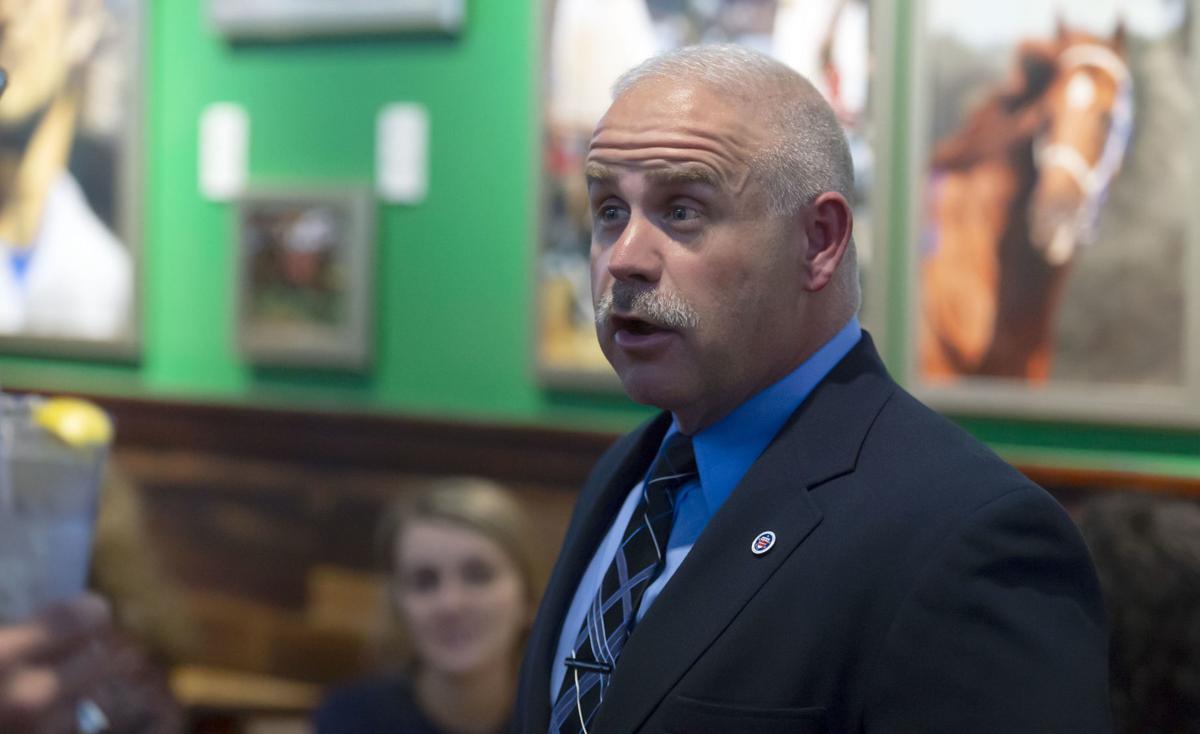 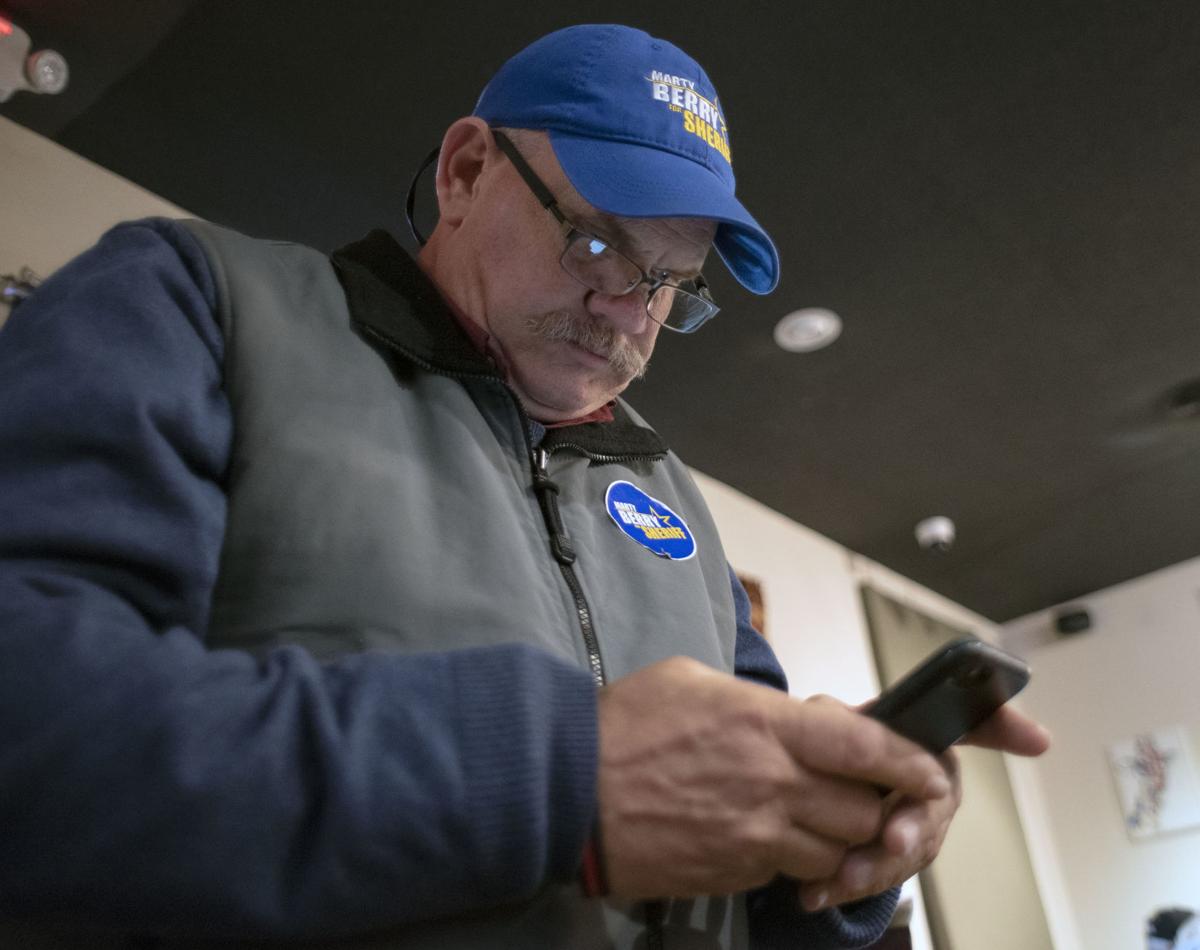 Washington County sheriff's candidate Marty Berry checks the polling results on his phone during his election night party in Abingdon. 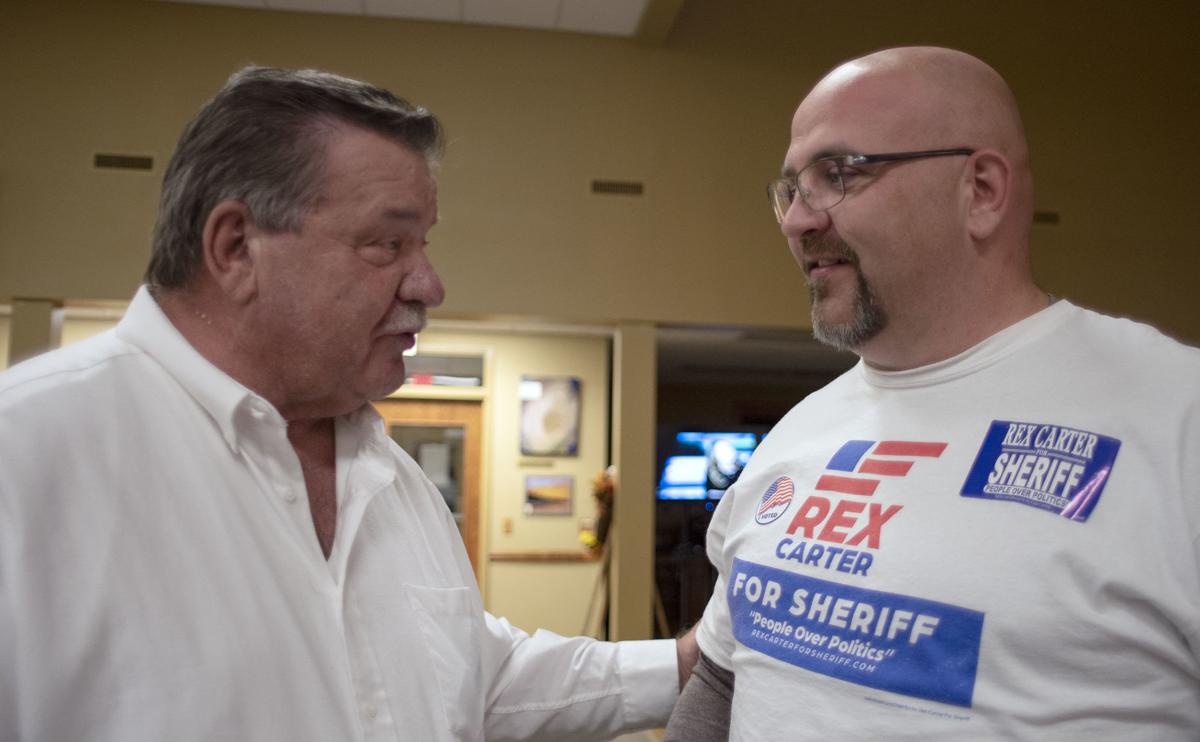 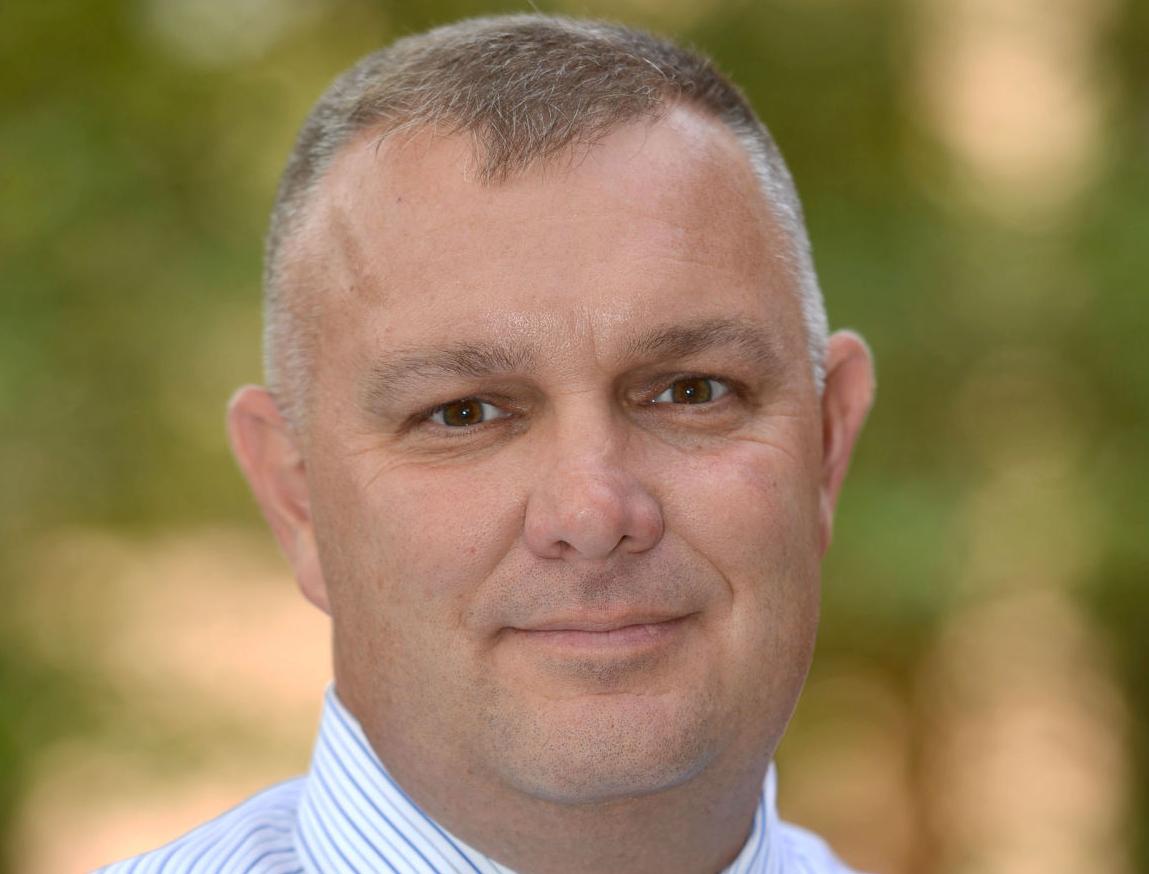 Washington County sheriff's candidate Greg Hogston checks the polling results on his phone during his election night party in Abingdon.

Washington County sheriff's candidate Marty Berry checks the polling results on his phone during his election night party in Abingdon.

Andis, the former chief deputy and current Virginia Highlands Community College police chief, received 9,427 votes, more than 50% of the total, according to unofficial numbers late Tuesday. Andis won every Washington County precinct, except one, Green Cove, where he tied with another candidate.

Andis, 51, of Abingdon, who celebrated with other Republicans in Abingdon on Tuesday night, said it was a blessing to win.

The candidate added that he believes national politics led people to support his campaign, and he noted that it has been many years since a Republican served as sheriff in Washington County.

On Jan. 1, 2020, Andis will replace retiring Sheriff Fred Newman, a Democrat, who has been in office for 20 years. Newman supported Hogston in the race.

Washington County residents should expect some changes in 2020, Andis said. He said he will soon begin working to establish leadership at the department.

In office, Andis said he will focus on the county’s drug problems and make sure children are safe in schools. He plans to develop a training program for schools regarding crises.

Andis will also develop programs to assist senior citizens and protect them from scam artists. As sheriff, he said he also plans to take a fresh look at cold cases in the county to give families closure.

The sheriff-elect said he will have a transparent office and officers will be held accountable.

Andis started his law enforcement career as a volunteer at the Washington County Sheriff’s Office and was hired in November 1988 to serve as a corrections officer. In 2003, Andis was promoted to chief deputy. In 2012, he left the department to become police chief at VHCC.