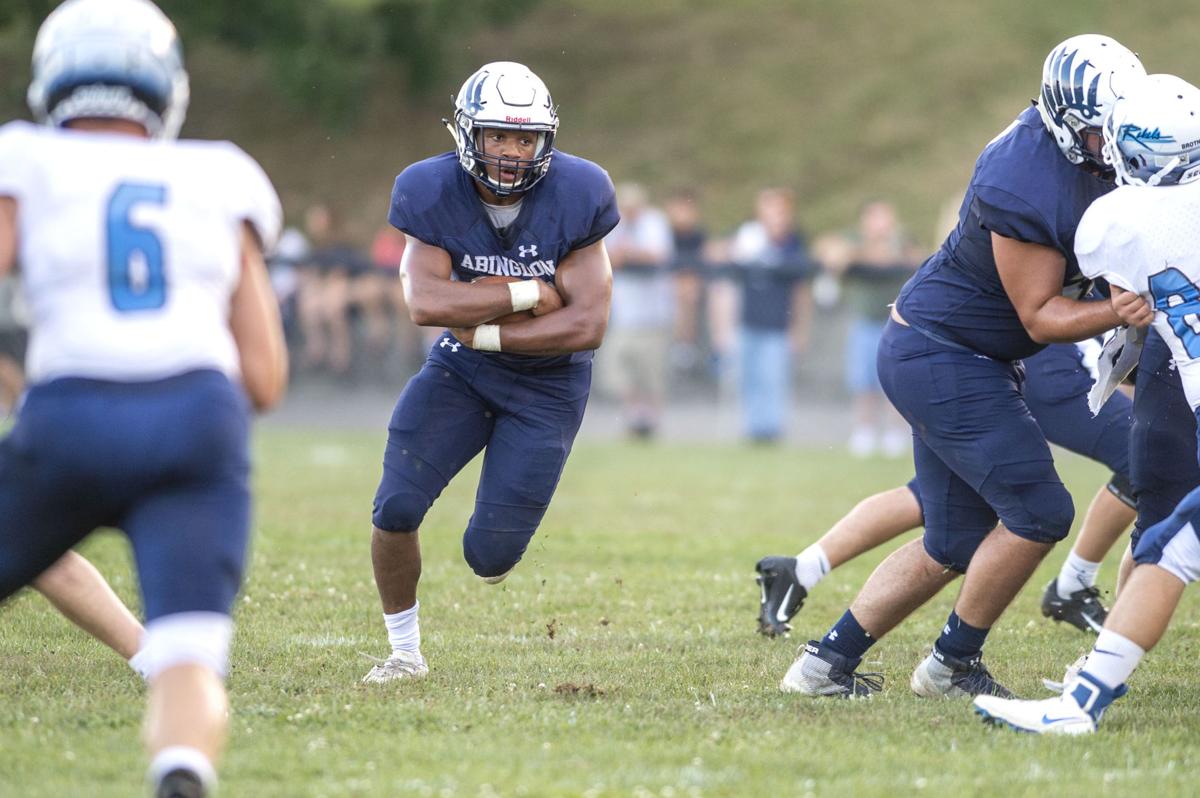 The Abingdon offensive line opens a large gap for Martin Lucas to run through against the PHHS defense. 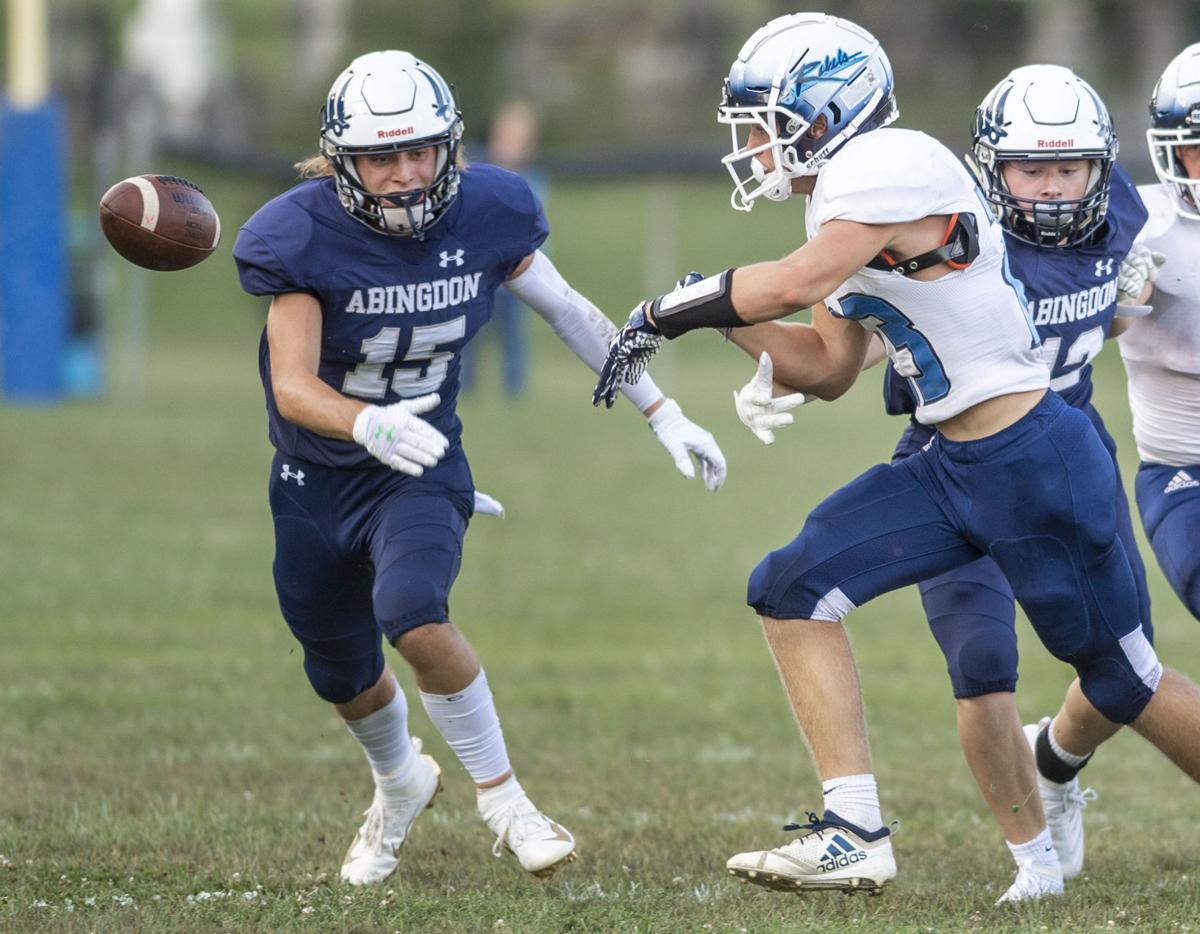 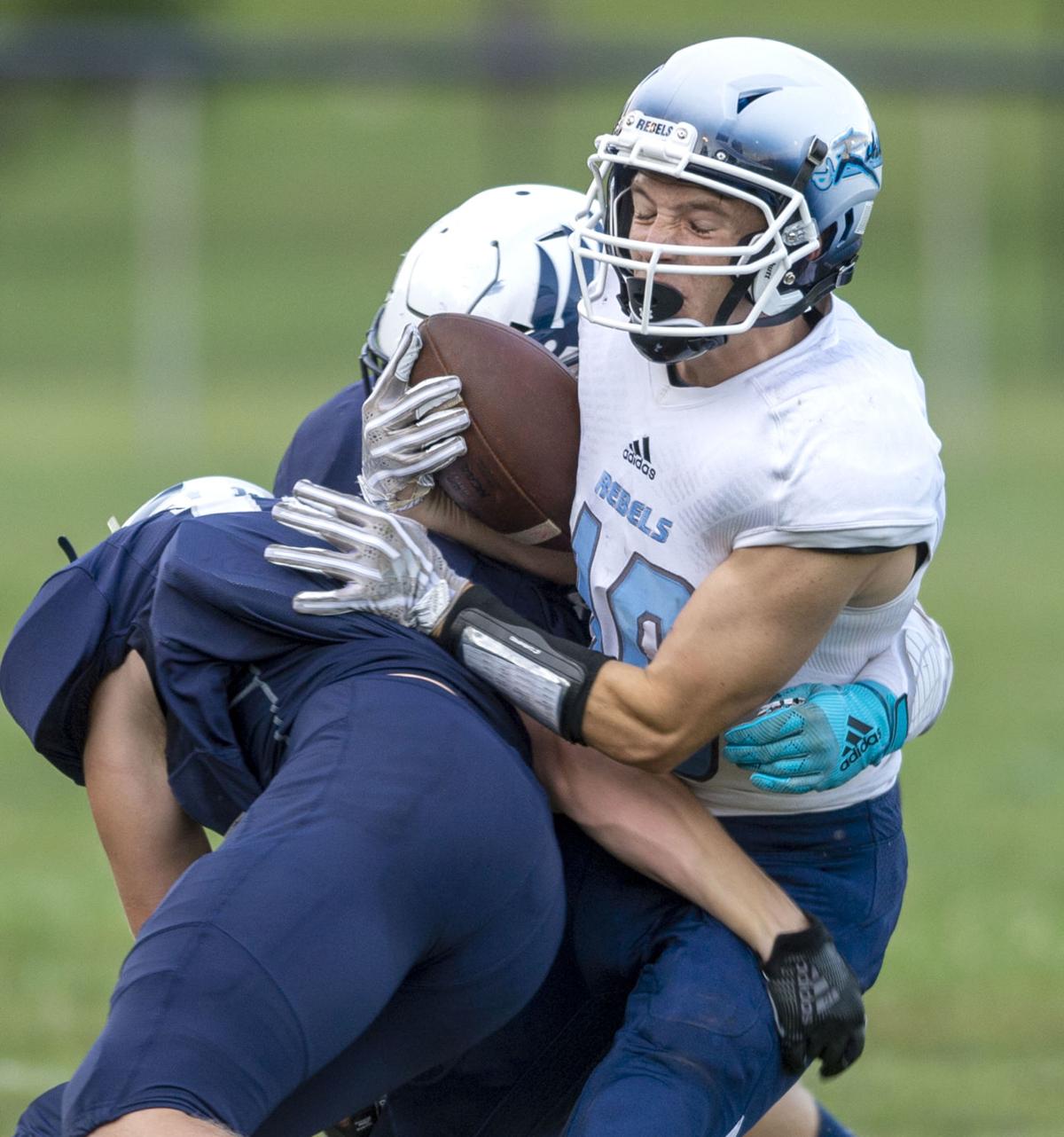 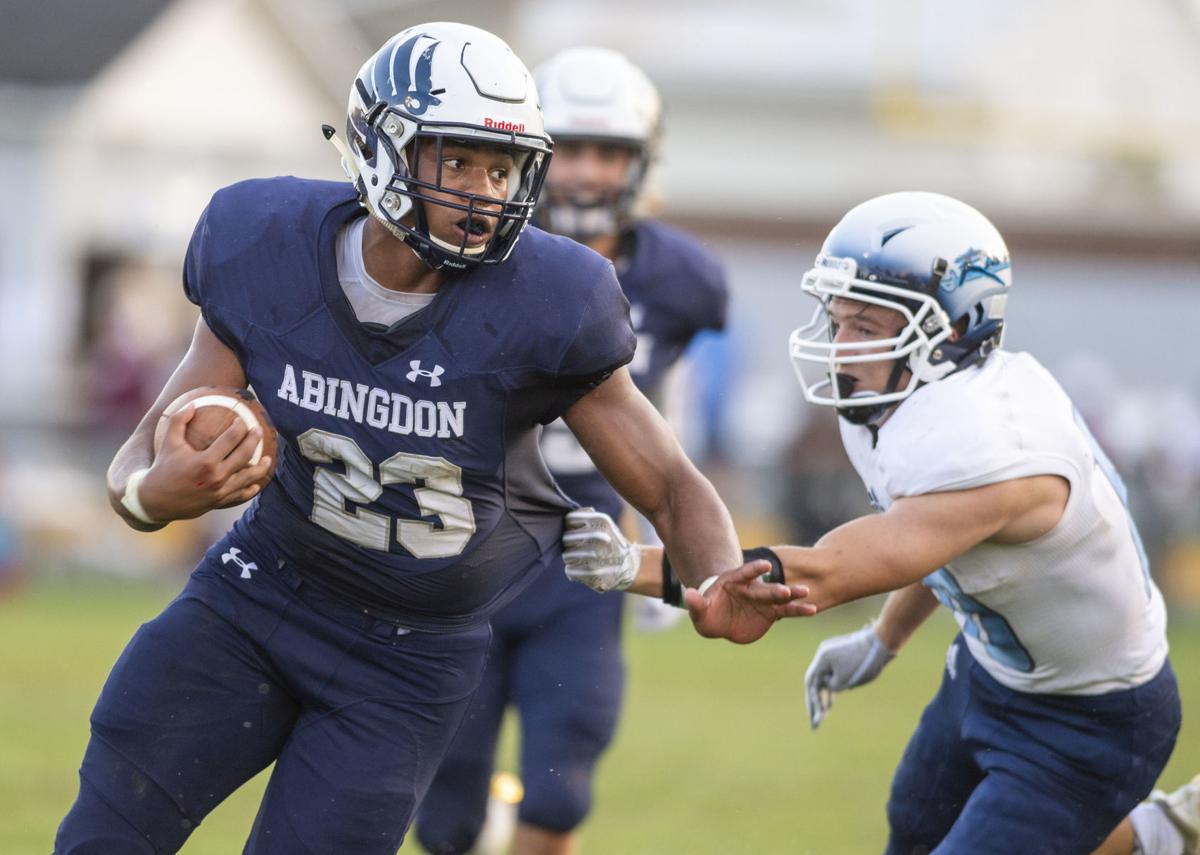 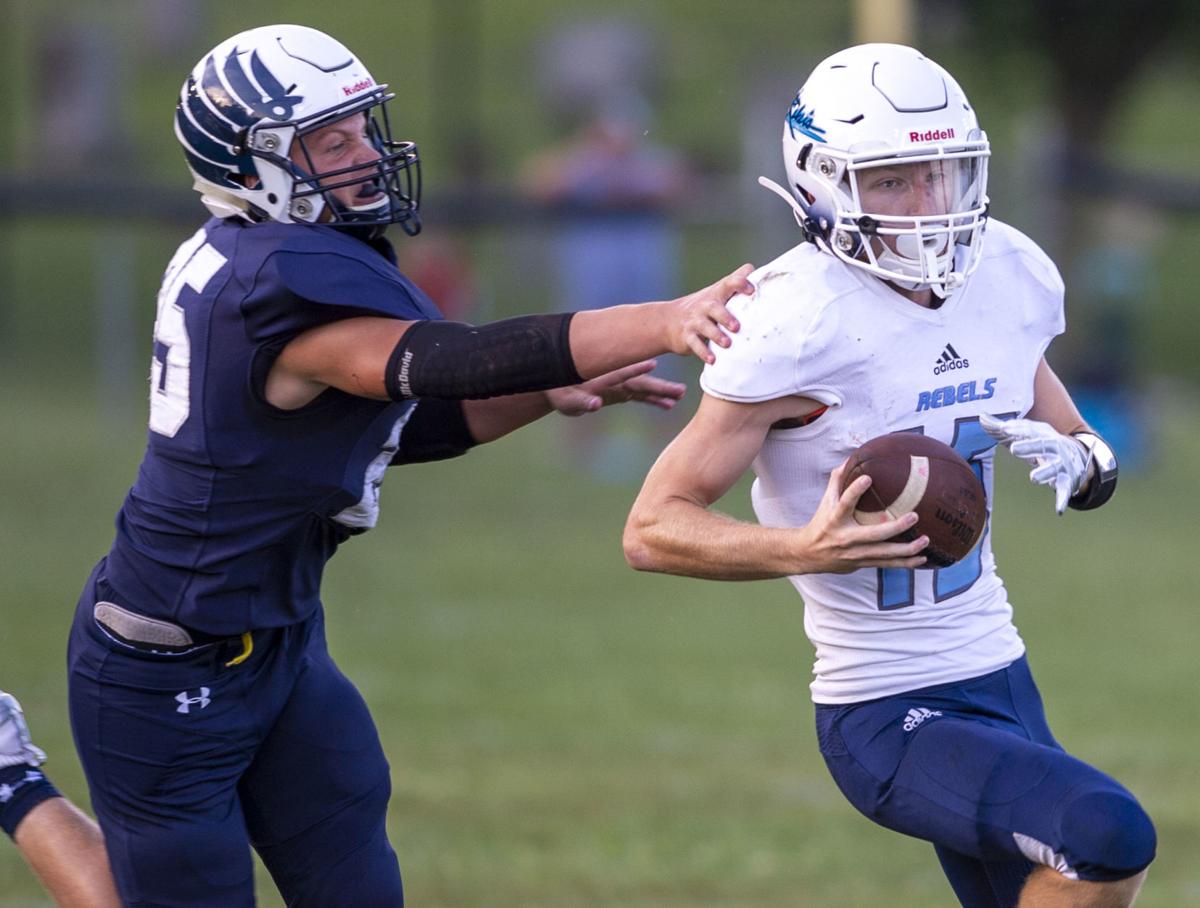 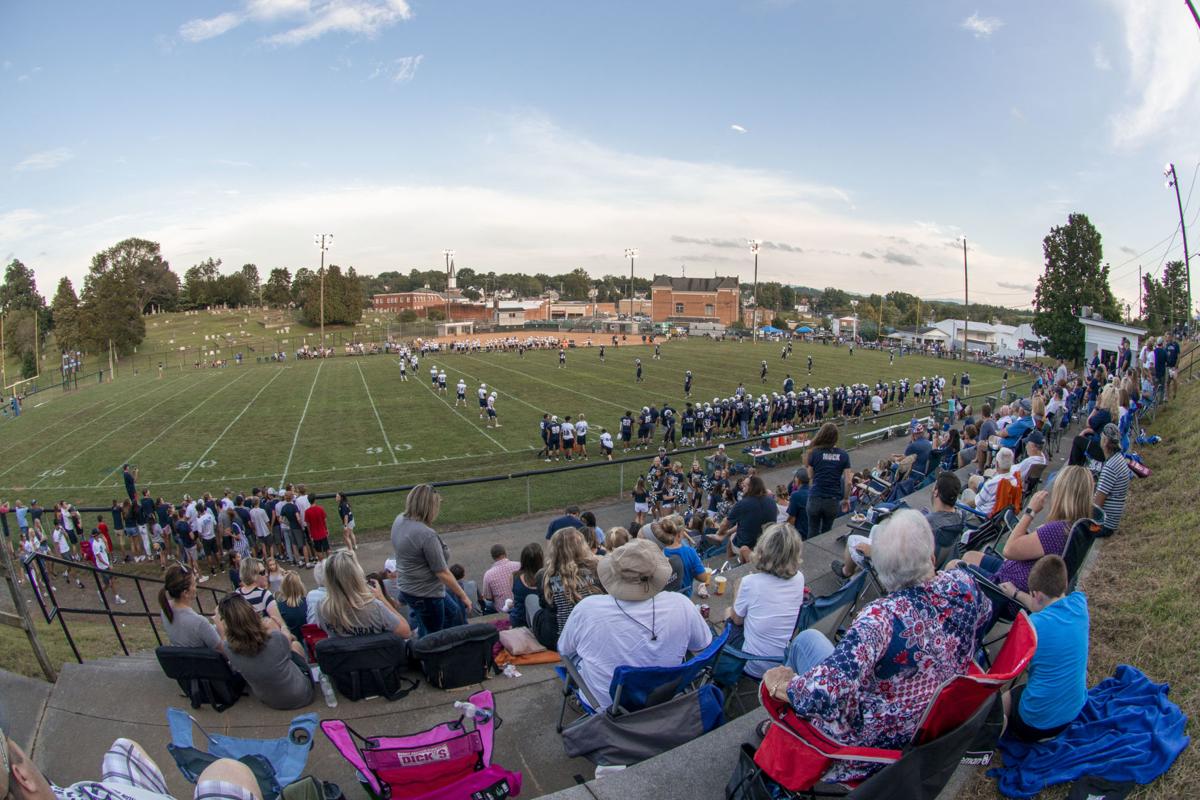 The Abingdon offensive line opens a large gap for Martin Lucas to run through against the PHHS defense.

There was a good reason for that.

In the mid 1970s, the speedy Hammer starred at running back in the historic Main Street stadium for the Abingdon Falcons

Before a sellout crowd that approached 2,000, Abingdon played its first game since 1977 at Latture Thursday.

“It looks like old times,” Hammer said. “A lot of guys began with midget league football here and played here right up on up to high school. There are a lot of memories for athletes and fans.”

The Falcons created another memory Thursday by earning a 53-24 victory over the Patrick Henry Rebels in a VHSL benefit game that lasted nearly three hours.

The Falcons (9-3) won the Mountain 7 District title last season before dropping a 63-27 decision at Lord Botetourt.

“This was a good environment,” Abingdon coach Garrett Amburgey said. “I heard a lot of stories this week from alumni and we appreciate the history of this field. It’s neat to tie everything together and build pride.”

Amburgey said he was pleased with how his team handled the challenge from the Rebels.

“Patrick Henry is going to be a handful for every team they play,” Amburgey said. “Their backs run hard and they have really good linemen.”

In the off-season, the Falcons also lost massive offensive lineman Gage Bassham via transfer to Lord Botetourt, which is coached by former AHS and Emory & Henry football standout Jamie Harless.

“We’ve got some things we need to clean up,” Amburgey said. “We will go back this week and make our corrections.”

“I was pleased with what we accomplished,” PH coach Mark Palmer said. “Both teams turned the ball over a couple times, but this was a great atmosphere and I could tell how important this field is to people.”

Rector passed for over 50 yards in addition to intercepting a pass.

“Dakota stated the last six game of last season and I was very pleased with him tonight,” Palmer said. “We were kind of one-dimensional last year and I want us to be more balanced.

“Anytime you can compete with Abingdon, you’ve got a chance going into the season. We’ve got to tackle better, protect the football and clean up our penalties.”

“This was fun,” Hammer said.