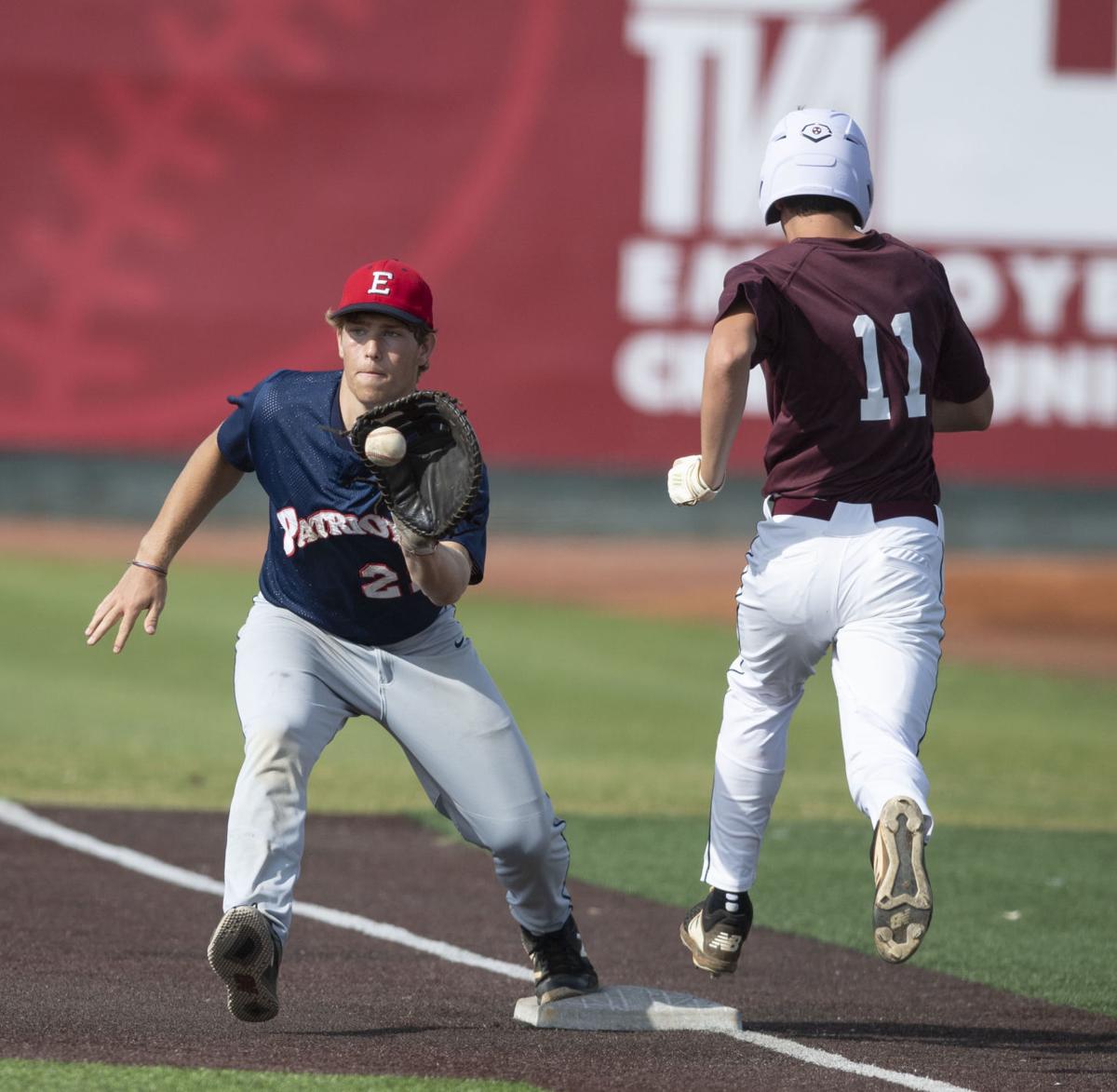 East 1st baseman Dylan Bartley take the throw to get THS's Wade Witcher out at first. 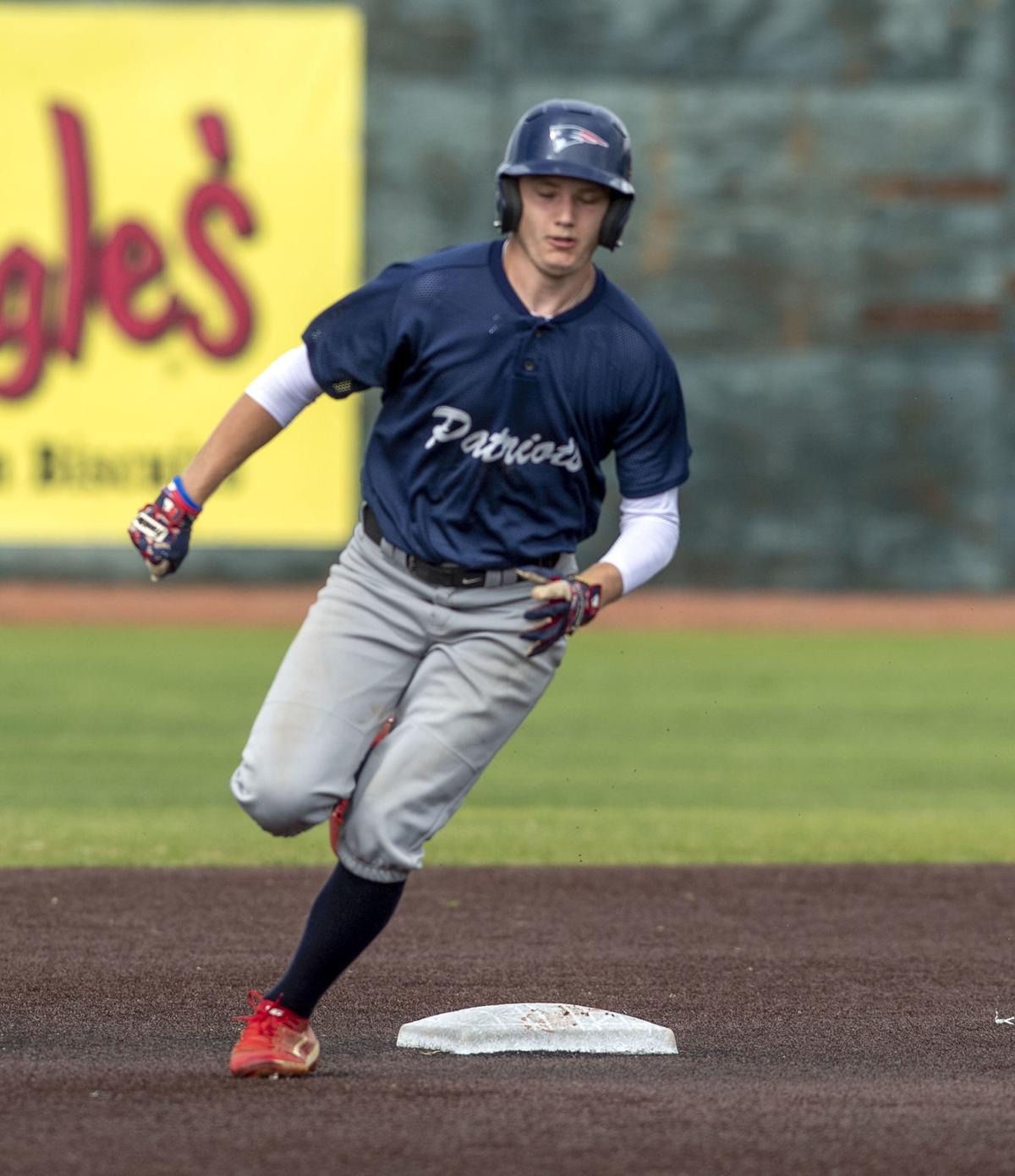 Seth Chafin of the Patriots rounds 2nd on his way to third with a two run triple in the first inning. 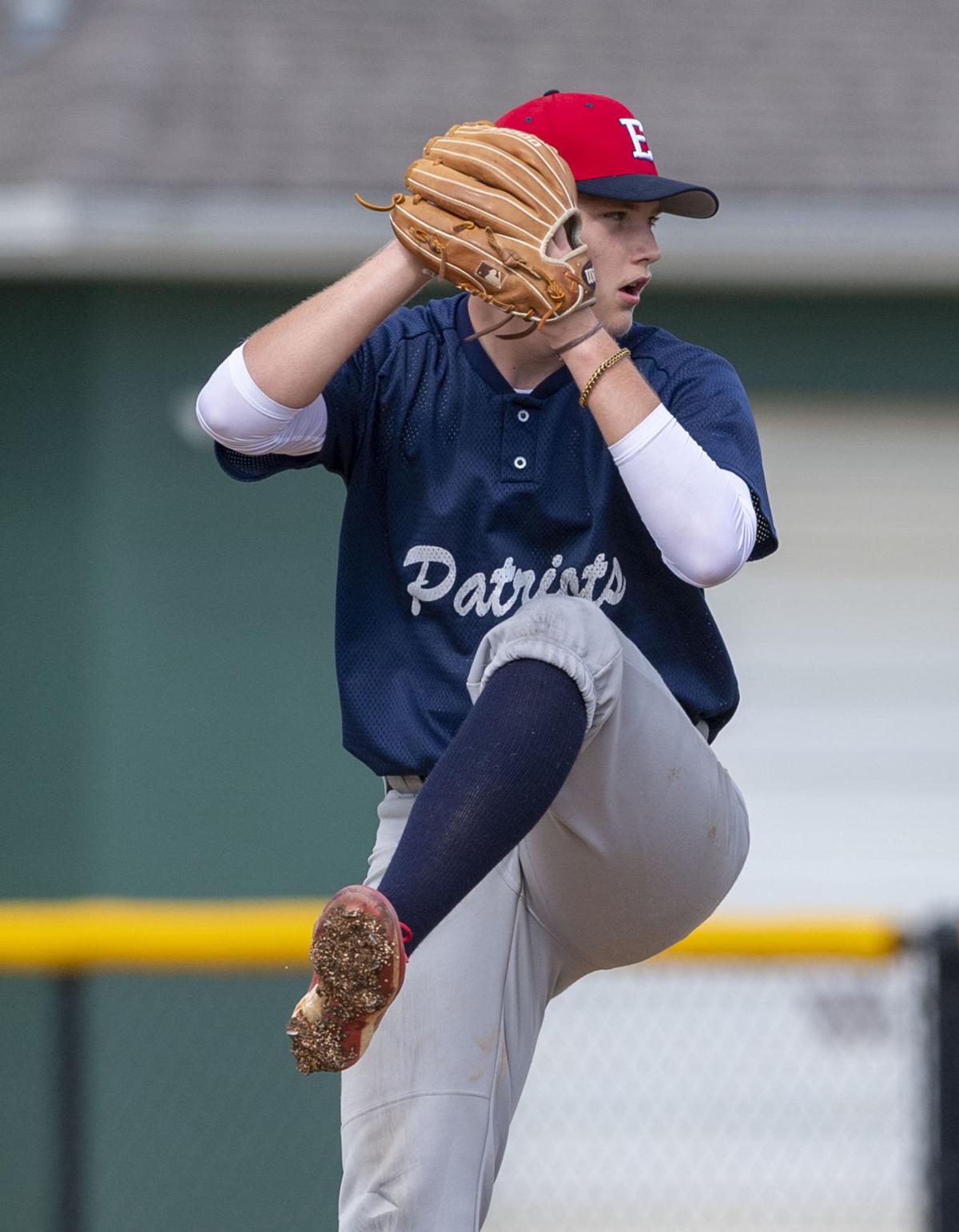 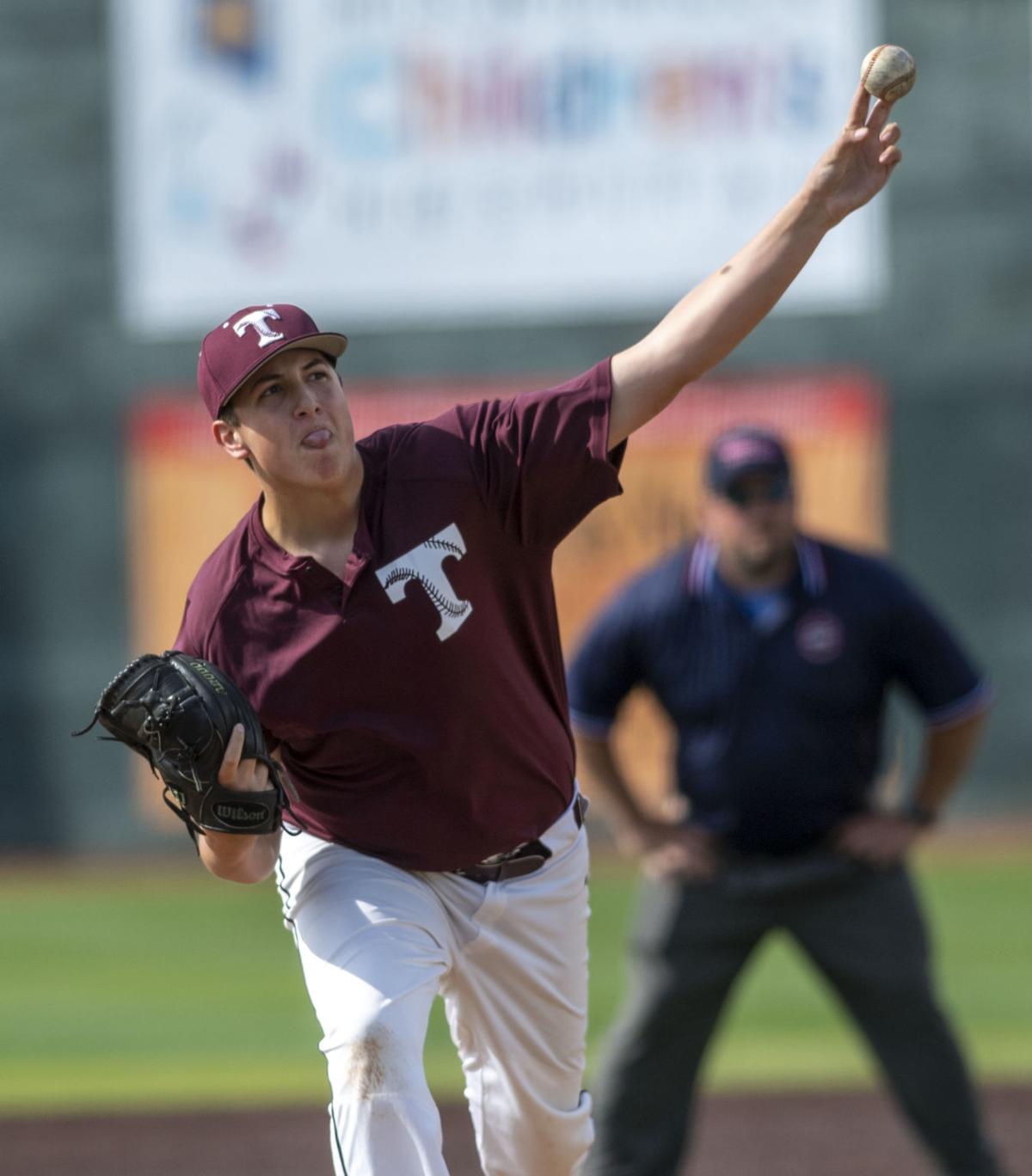 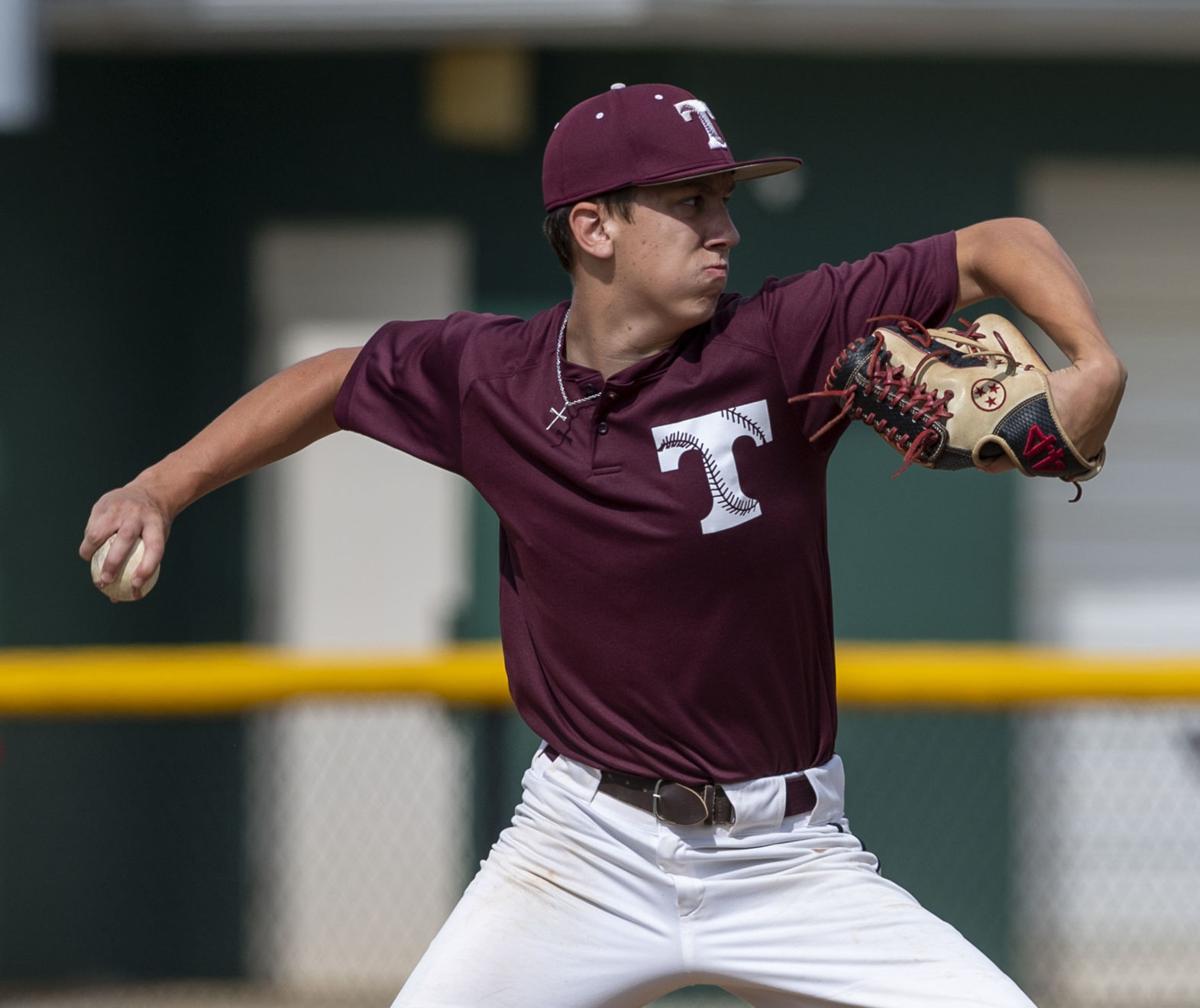 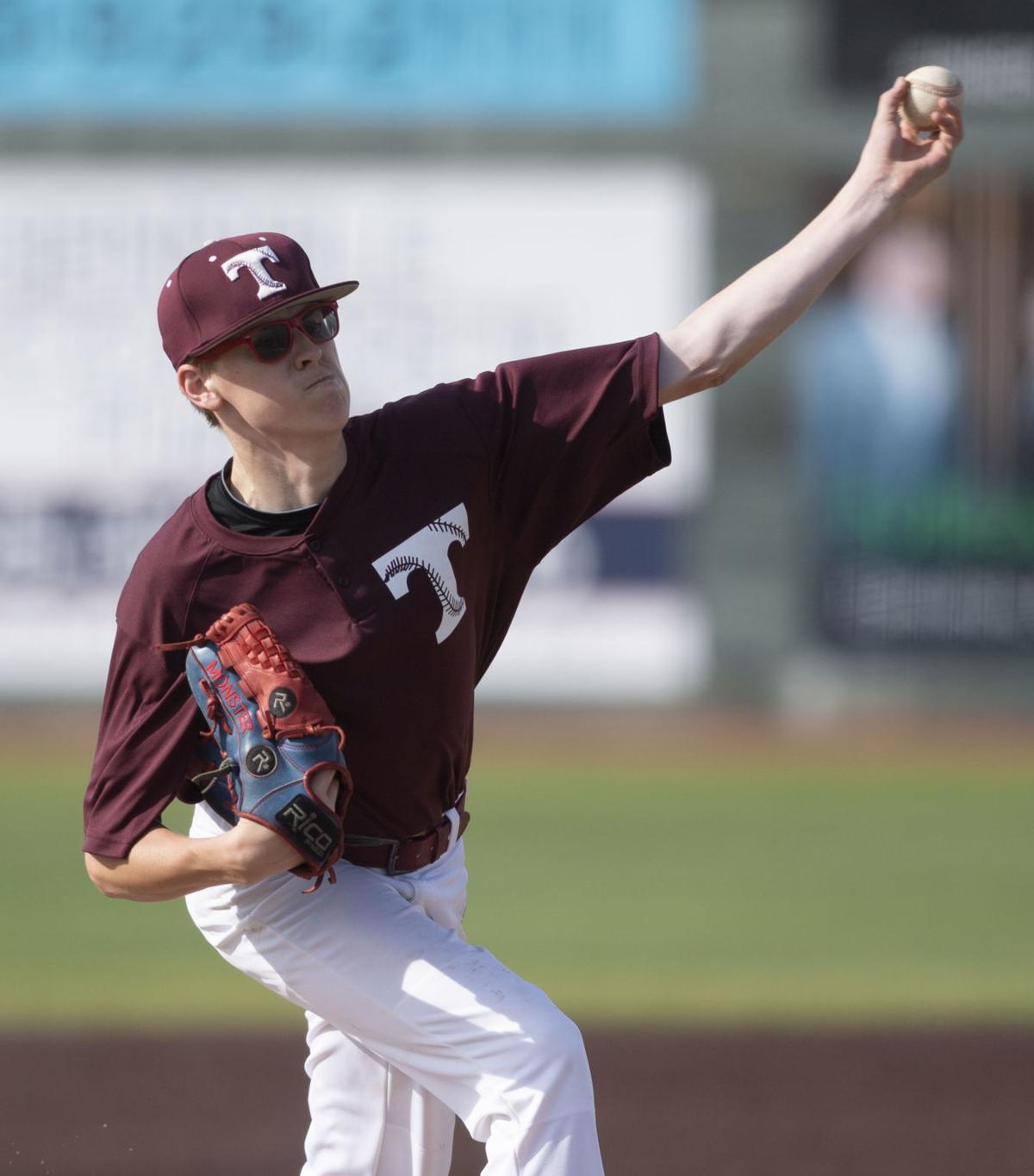 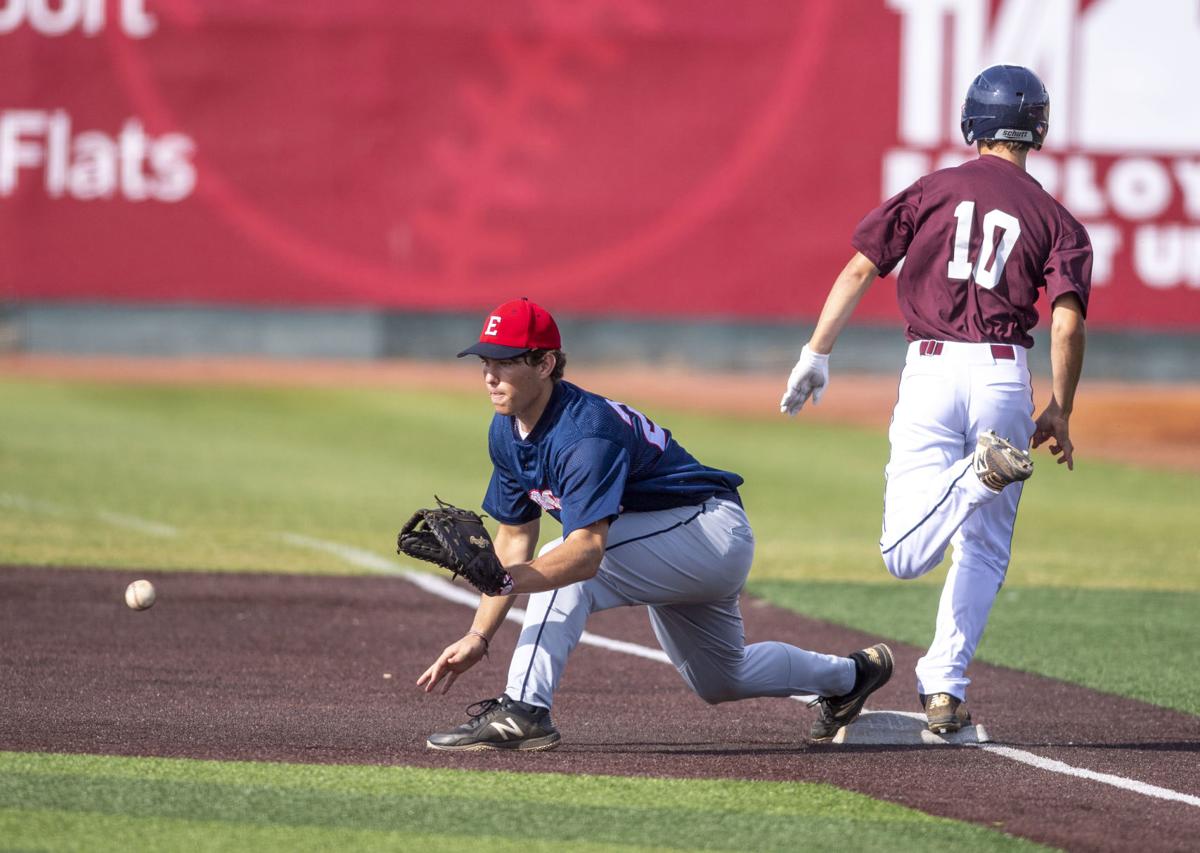 East 1st baseman Dylan Bartley take the throw to get THS's Wade Witcher out at first.

Seth Chafin of the Patriots rounds 2nd on his way to third with a two run triple in the first inning.

JOHNSON CITY, Tenn. – The Patriots from Bluff City didn’t have the fastest start out of the gate during the first two weeks of the East Tennessee High School Baseball League, but Seth Chafin certainly set a productive pace for the team on Tuesday.

Chafin had two RBIs and got the win on the mound as the Patriots posted a 5-4 victory over the Vikings from Bristol, Tennessee, for their second straight triumph in the East Tennessee High School Baseball League.

After collecting their first summer-league win on Monday – a 7-5 triumph over the Raiders from Kingsport – the Patriots (2-2-1) now own a winning streak.

“It was hard when you start off slow and down like we did, but this team just keeps fighting,” Chafin said. “We’re not afraid to go out there and do what we have to do – putting the ball in play and doing the small things.”

Chafin certainly made his presence felt in the top of the first inning on Tuesday by connecting for a two-out, two-run triple.

Chafin drew walks in his two other plate appearances and the rising senior at Sullivan East High School is enjoying facing a wide variety of different hurlers in the ETHSBL.

Chafin worked four solid innings on the mound to pick up the win, allowing just two hits through the first three innings.

“I wish I could have controlled my fastball a little more,” he said. “My offspeed stuff was working well until the fourth, when they picked it up and started driving it.”

Jacob Witcher scored the go-ahead run for the Patriots in the top of the fifth inning, crossing the plate on an error. Luke Hale and Dylan Bartley combined for three scoreless innings of relief on the mound to polish off the victory as Bartley notched the save.

The 16-man roster implemented by the Vikings (4-1) on Tuesday featured 10 Tennessee High sophomores-to-be and the youngsters more than held their own.

“I think we’ve got a good group of guys,” Maddox Fritts of the Vikings said. “If we keep working, we have a chance to be really good.”

Fritts, Jacob Smith and Brayden Blevins (2-for-3) drove in runs for the Vikings.

The boys from Bristol got the potential tying run to second base in the bottom of the seventh inning, but Fritts lined out to the centerfielder for the final out.

“I thought I hit it pretty good,” Fritts said. “I just hit it at right at him.”

Much like Chafin, Fritts is using his time in the East Tennessee High School Baseball League as a learning tool to make up for the lost time in the spring when the coronavirus (COVID-19) pandemic ended the season prematurely.

“I think it’s a really good experience,” Fritts said. “Playing against some older guys and seeing good pitching gives us experience and makes us have better approaches at the plate.”