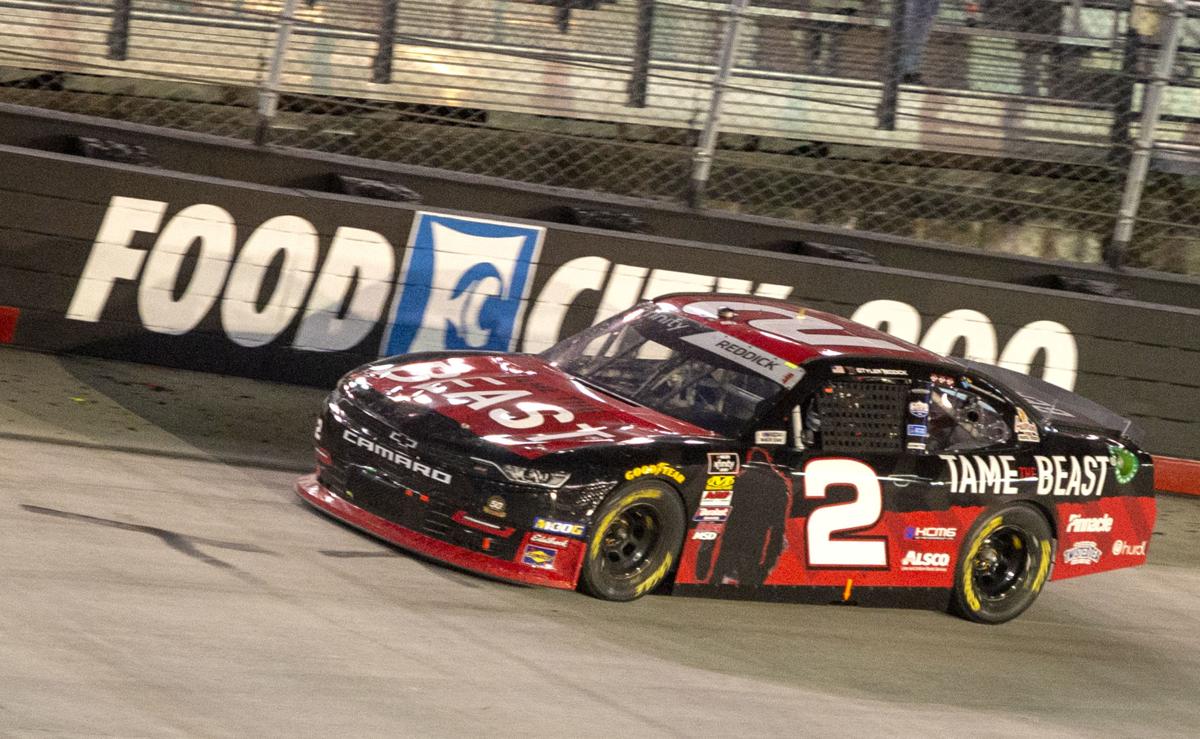 Tyler Reddick drives into turn 3 on the last lap and goes on to win the Food City 300 Friday night at Bristol Motor Speedway. 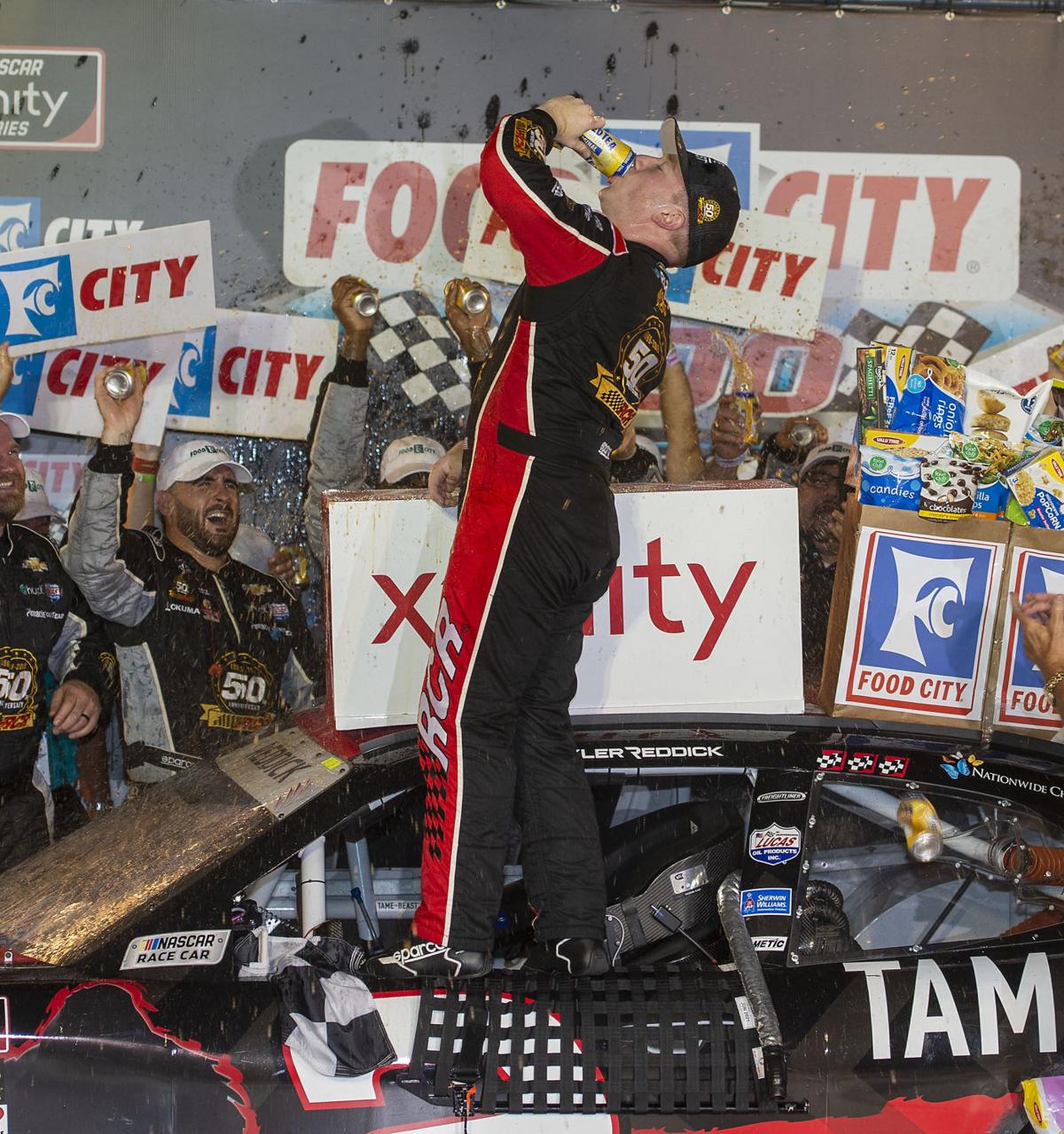 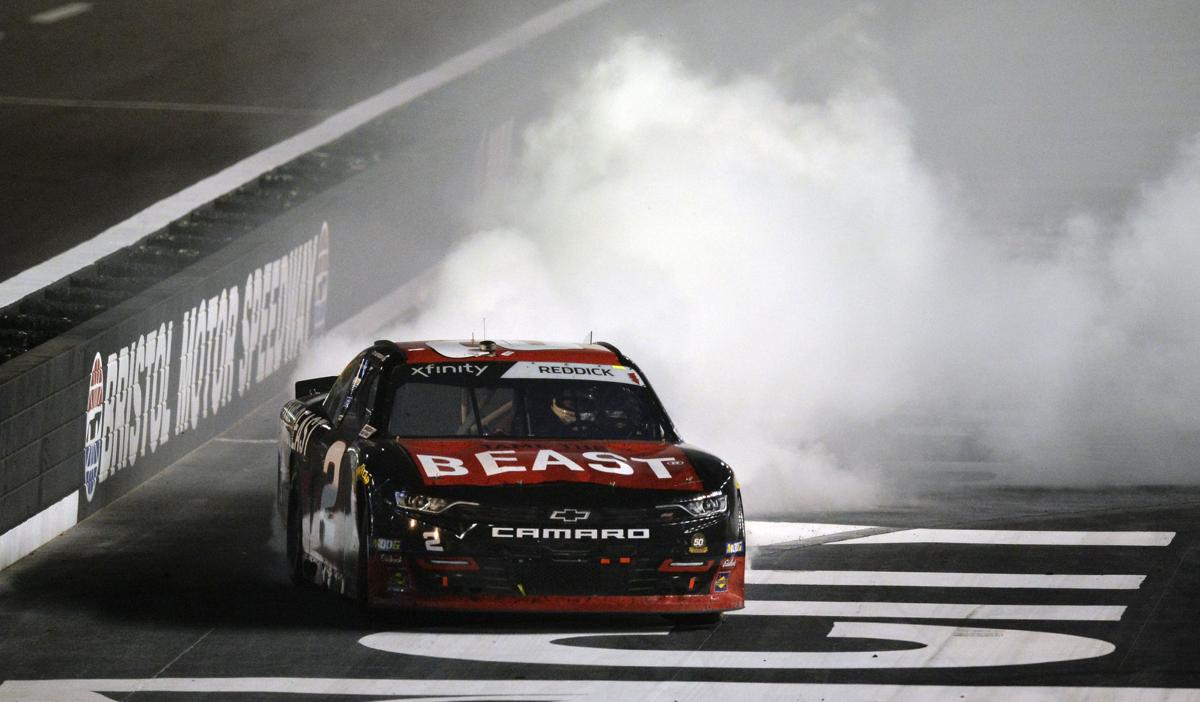 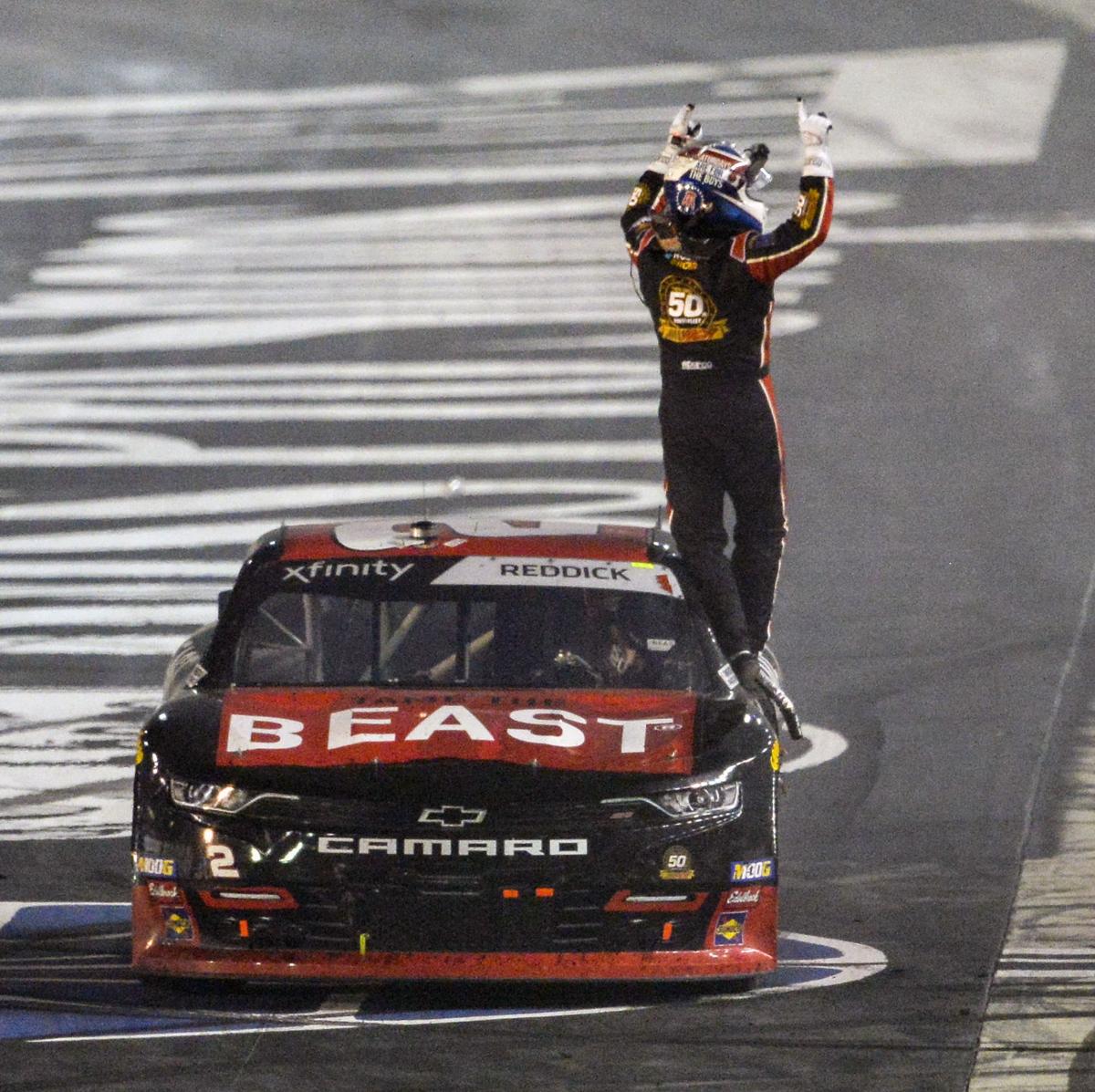 Tyler Reddick drives into turn 3 on the last lap and goes on to win the Food City 300 Friday night at Bristol Motor Speedway.

BRISTOL, Tenn. – Tyler Reddick was forced to start from the back of the field for Friday’s NASCAR Xfinity Series race after his car failed inspection.

That’s where the fun started for the 23-year-old California native.

Relying on a mix of speed and cunning, Reddick rallied to win the Food City 300 at Bristol Motor Speedway.

“I’m speechless,” Reddick said. “We had a lot of good competition out there, but we were just really fortunate to miss all the carnage.”

It was the fourth win of the season for Reddick.

“We’ve been battling back since the first race at Daytona,” Reddick said. “That’s been our mentality.”

BMS heavyweight Kyle Busch, who was greeted by the customary chorus of boos in pre-race introductions, had a crazy night.

After earning the No. 2 starting spot, Busch grabbed the lead on the opening lap and stayed in the front for the first 59 laps.

While Busch was cruising, the race was halted on lap 37 by an incident involving the talented foursome of Christopher Bell, Cole Custer, Erik Jones and Joey Logano.

“It looked like the 00 [Cole Custer] got squeezed in the wall and that kind of started a chain reaction,” Jones said. “I wasn’t really making any bold moves and there were some bold moves being made up ahead.

“I would have loved to be on up there and race with Kyle [Busch]. I think we probably could have put a good show on. It’s unfortunate.”

This was one case where Reddick didn’t mind running near the back.

“It actually seemed like having to serve that penalty could have been a good thing because it kept us out of the wreck,” Reddick said. “I hate that we didn’t get to race against those guys, but we’ll take wins however we can get them.”

The fun run for Busch ended in bizarre fashion. Just moments after capturing the second stage, Busch pulled into the pits with an engine failure. Fans erupted in cheers as Busch climbed from his car.

According to Busch, there was no notice of any mechanical gremlins until around six laps before the end of the stage.

“Coming off the corner I got back into the gas and it broke,” said Busch, who narrowly avoided a crash with spinning the car of Ronnie Bassett Jr. a few laps before his misfortune. “I just tried to limp it home and that was all she had.”

Busch said he felt confident with his Toyota before the breakdown.

‘It was really, really fast,” said Busch, who finished 29th. “We’re always good here, so it’s nice to have a solid run, but man, these guys have had a bad month. I was hoping to get them a win and get them back in the owner’s deal, but just not meant to be. We’ll try again tomorrow.”

The exit of Busch left the spotlight to Justin Allgaier. With precision laps at top speed, the JR Motorsports driver manage to hold off Reddick, who had fresher tires.

Following a caution with 20 laps remaining, Allgaier and his fourth-year crew chief Jason Burdett debated whether to pit for fresh tires before Allgaier opted to stay in the track.

Just 15 laps remained when action resumed and only seven cars remained on the lead lap. As many fans in the large crowd rose to their feet, Allgaier executed a flawless start on the inside of the track.

“I don’t know how you process this, to be honest,” said Allgaier, who finished eighth. “It’s the story of our year. We had a great car and our team did a great job. I don’t know if we could have beat [Busch], but I thought we had the best car when he fell out of the race.

“The tire just went down and there’s nothing you can do that about that. It’s really frustrating.”

Reddick then completed his final leg of his comeback

“I thought that I made the wrong adjustment on the last pit stop and I thought we were done for,” Reddick said. “I fell back to fourth and I don’t what all happened after all that.

“I love the crowd here at Bristol. I watched a race from the back of dad’s pickup truck here one time and now I’m standing in Victory Lane. That’s really cool.”