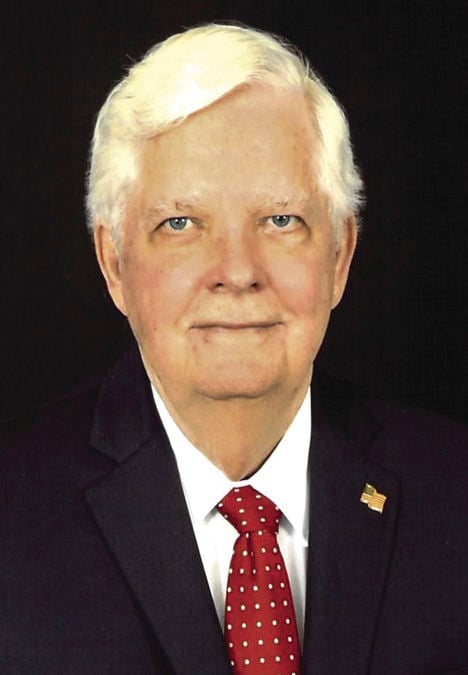 Harold Gene Skaggs, 83, passed away on Tuesday, February 11, 2020, at the Johnson City Medical Center after a brief illness. He was born on March 23, 1936, in Osaka, Virginia, to the late Glenn B. and Ann Nye Skaggs. Mr. Skaggs was a graduate of Bristol Tennessee High School class of 1954, then went on to graduate from ETSU in 1958 with his BS degree in Business and Accounting. Afterward, he served his country in the U.S. Army on active duty from 1958-60, becoming active reserve from 1960-1969. He earned the rank of Captain during his time with the military. He was employed by the Hull, Carriger, and Winn CPA firm for a time. He went on to work for over 30 years as the Controller at Tennessee Motor Company, and was then employed in the same position by Ramey Ford and CACO Inc. A founding elder of Westminster Presbyterian Church PCA, he served as treasurer and loved to teach Sunday School in his Thru the Bible class. Mr. Skaggs enjoyed playing tennis, and was preceded in death by two of his favorite partners, Sam R. Sells and Joe Lusk; he is survived by his other favorite partners, Ed Behtz and Rick McDavid. He also enjoyed playing water volleyball, golfing, and bowling. He loved his family and spending time with his children, grandchildren, and great-grandchildren. In addition to his parents, he was preceded in death by his brothers, Rodney C. Skaggs and James D. Skaggs. Survivors include his wife of 63 years, Betty O'Neal Skaggs; sons, Michael Skaggs and Tony Skaggs (Dana); daughter, Susan McKee (David); brother, Jerry Skaggs (Linda); grandchildren, Julie Vaughn (Travis), Megan Story, Noah McKee (Brianna), Cody Skaggs, Madison Skaggs, and Zachary Skaggs; great-grandchildren, Dylan Vaughn, Hannah Vaughn, Madilyn Mercer, Riley Mercer, Chloe Story, Camden Story, and Benjamin McKee; and nephews, Rodney Skaggs (Bev), and Mitchell Skaggs (Angelique). The family of Harold Gene Skaggs will receive friends from 1 until 3 p.m. on Saturday, February 15, 2020, at Westminster Presbyterian Church in Johnson City. A funeral service will follow at 3 p.m. officiated by Dr. James Richter. A committal service will be held at 9 a.m. on Monday, February 17, 2020, at the Mountain Home National Cemetery Annex officiated by the Rev. Andy Wyatt. Friends and family are asked to gather at the Annex entrance at 8:50 a.m. to go in procession to the shelter. Pallbearers will be Michael Skaggs, Tony Skaggs, David McKee, Noah McKee, Cody Skaggs, Zachary Skaggs, Riley Mercer, Rodney Skaggs, and Mitchell Skaggs. The family would like to extend a special thanks to the staff of 6400, Emergency Room, and ICU at the Johnson City Medical Center, and to the staff at Agape Nursing Rehabilitation Center for all their dedication and loving care. In lieu of flowers, memorial donations may be made in Mr. Skaggs' honor to Westminster Presbyterian Church in Johnson City, or to your favorite charity. Online memories and condolences may be sent to the Skaggs family via www.morrisbaker.com. Arrangements by Morris-Baker Funeral Home & Cremation Services, 2001 Oakland Ave., Johnson City, TN 37601.

To plant a tree in memory of Harold Skaggs as a living tribute, please visit Tribute Store.