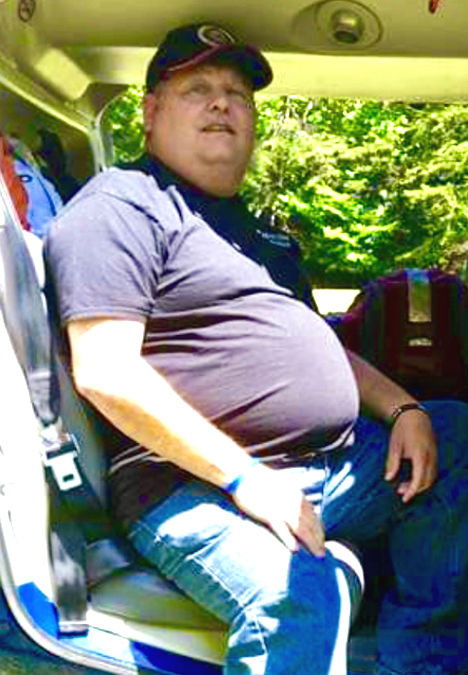 LEBANON, Va. John Paul Robinson, age 55, succumbed to a long series of heart related issues, Friday, August 2, 2019, at Vanderbilt University Medical Center, Nashville, Tenn. and now rests in the arms of his Lord and Savior, Jesus Christ. John was born July 14, 1964. His parents were the late Hascue Robinson and the late Zenna Hale Robinson. He was a native of Russell County, graduated from Hiwassee College with a Bachelor of Arts Degree in Business and was married to the late Karen Elaine Robinson, who passed away 2012. Survivors include daughter, Kimberly Hope Robinson; son, Joshua Paul Robinson both of Lebanon, Va. He is also survived by his mother-in-law, Joyce Hanson of Lebanon, Va. John enjoyed serving God and his fellow man. He was a member of Lebanon Memorial United Methodist Church and had served for thirty nine years as an EMT for the Castlewood Rescue Squad, where he was also on the Board of Directors. He had worked for Wright's Pest Control for approximately five years. The lights of John's life were his children. He was a proud father, speaking of his children often and always with a smile on his face. He would do anything he could to help people and had a heart of gold. Funeral services for John Paul Robinson will be conducted 7 p.m., Tuesday, August 13, 2019, in the Lebanon Memorial United Methodist Church with the Rev. Jeff Talent and the Rev. Brian Taylor officiating. The family will receive friends from 5 until 7 p.m. prior to service. Burial will be 11 a.m., Wednesday, August 14, 2019, in the Russell Memorial Cemetery, Lebanon, Va. Those wishing to go in procession are asked to meet at the church by 10:30 a.m. Serving as pallbearers will be Wally Kennedy, Brandon McAllister, Wayne Musick, Kyle Musick, Earl Carter, Tim Alley, Jimmie Little and Shy Kennedy. Honorary pallbearers will be John's fellow members of the Castlewood Rescue Squad and the men of Lebanon Memorial United Methodist Church. John's children wish to extend their heartfelt gratitude to the physicians and nurses at Vanderbilt University Medical Center, the members of Castlewood Rescue Squad and John's loving church family. Expressions of sympathy may be made to the family online at www.combsfuneralservice.com. Combs Funeral Service, 291 Highway 71 Fincastle Road, Lebanon, VA 24266 (276) 889-4444 is serving the Robinson family.

To plant a tree in memory of John Robinson as a living tribute, please visit Tribute Store.
+1
+1

No name-calling, personal insults or threats. No attacks based on race, gender, ethnicity, etc. No writing with your caps lock on – it's screaming. Keep on topic and under 1,500 characters. No profanity or vulgarity. Stay G- or PG-rated.

I would like to receive the Daily Obituaries newsletter