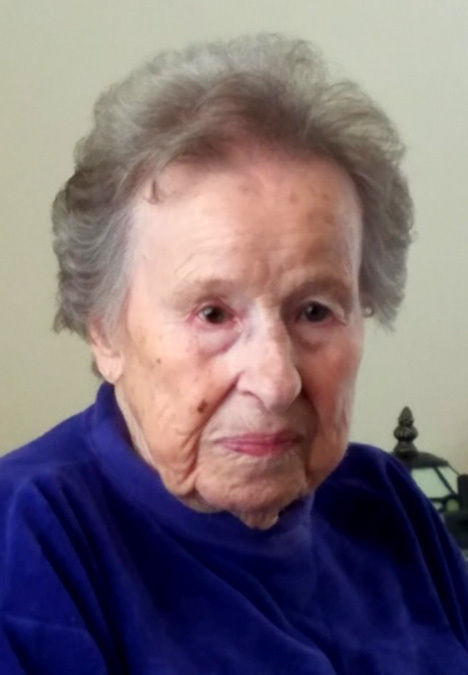 SOUTHPORT, N.C./ GLADE SPRING, Va. Jewell Mayree Little Osborne, age 92, passed away on Wednesday, June 24, 2020, at the Elmcroft of Southport Nursing Facility in Southport, N.C. She was born, August 28, 1927 in Tazewell, Va. to Fred and Essie (Caudill) Little. Along with her parents, she is also preceded in death by husband, Lee Osborne; two brothers, Fred (Bud) Little, Charles Little; and a daughter-in-law, Elizabeth Osborne. Jewell is survived by sons, Frederick Osborne, Brookwood Ala., Michael Osborne and wife, Judy (Edmiston) Osborne of Southport, N.C.; and a sister-in-law, Nelia Little of Abingdon, Va. Jewell had six grandchildren, 16 great-grandchildren and six great-great-grandchildren Jewell spent the first years of her childhood in the coal fields in SWVA where her father was a miner, they then moved to a small farm in Ashe County, N.C. where she grew up. After graduation from high school, she moved to Chilhowie, Va., where she worked in the hosiery mill for many years. After she and Lee were married, they built their home in Glade Spring, Va. to raise their two boys. Jewell started working at Johnston Memorial Hospital in 1974 and retired after 17 years in 1991. Jewell loved her home, raising a garden, canning, crocheting, going to church and visiting with her many friends. Due to health reasons she then moved to Greensboro, N.C. in 2014 into an assisted living facility, and then to Southport, N.C. in June 2018 where she remained until her death. Funeral services will be held at 10:30 a.m. on Monday, June 29, 2020, from the Bradley's Funeral Chapel in Chilhowie with the Rev. Timothy E. Bird officiating. Interment will follow in the Haw Orchard Cemetery in Grayson County. The family will receive friends from 9:30 to 10:30 a.m. on Monday morning at the funeral chapel. Expressions of sympathy may be sent to the family at www.bradleysfh.com. Bradley's Funeral Chapel of Chilhowie is serving the Osborne Family.

To plant a tree in memory of Jewell Osborne as a living tribute, please visit Tribute Store.