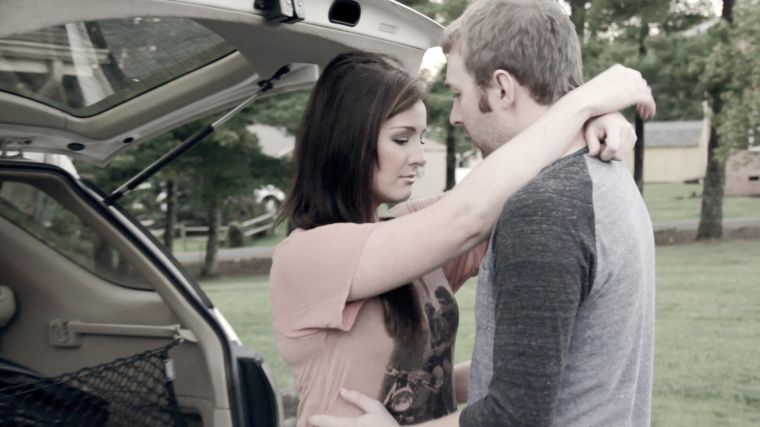 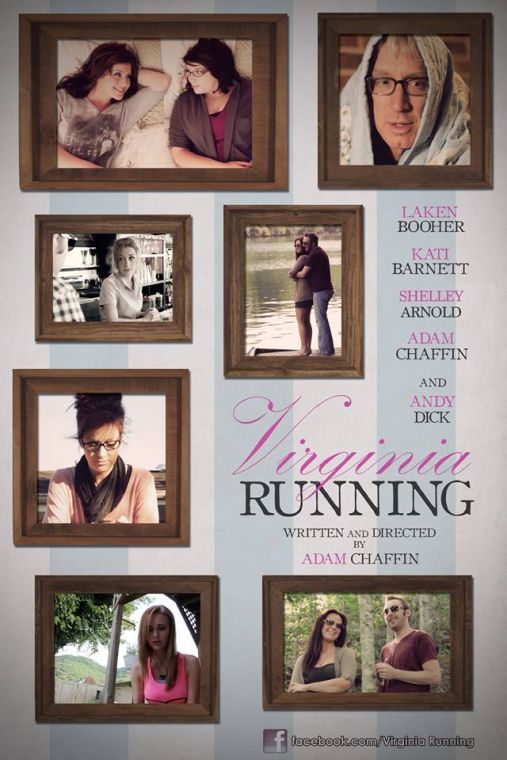 NORTON, Va. — Laken Booher cruises around Southwest Virginia – from Norton to Coeburn - in the scenes of a new movie called "Virginia Running."

Booher, 28, grew up in Clintwood, Va., and plays a Hollywood starlet named Virginia in “Virginia Running.”

"The main theme of the movie is my character of Virginia,” Booher said. “She comes back to this area after being away for some time, doing work in L.A. And, then, when she gets back, she kind of figures out that life hasn’t exactly stood still here.”

Virginia talks to her father, played by Andy Dick, a veteran character actor who has had numerous roles, like portraying Matthew Brock in TV's "NewsRadio" as well as playing a clerk in the classic movie "Road Trip."

She learns the sad fate of her mother.

Virginia also tries to rekindle a romance with a former boyfriend, played by Adam Chaffin, who produced the movie.

“There are a lot of changes in other characters that she has been un-aware of,” said Booher, a 2004 graduate of Clintwood High School. “And that’s kind of when the story really unfolds.”

Booher met Chaffin in 2004 while both worked at Peebles Department Store in Wise, Va.

Even then, this pair of college students expressed a mutual interest in acting and moviemaking. "One of our first conversations was about how we loved to act and how we wanted to make movies one day," Booher said.

Chaffin, in particular, wanted to capture scenes of Southwest Virginia and Northeast Tennessee in his dream of what eventually became “Virginia Running.”

"We filmed at an overlook of Big Stone, we filmed in downtown Wise and downtown Big Stone," Chaffin said. "And we filmed over in Kingsport, downtown."

The director filmed the main part of the movie over the course of two years, starting in July 2011.

Chaffin, 33, is a resident of Wise, Va., and was once a radio show host in Washington, D.C.

Ultimately, he made a decision to return to Southwest Virginia, where he graduated the University of Virginia's College at Wise in 2005.

"I kind of based it on me coming back to visit. Whenever I would drive back and visit for a trip, I felt disconnected from a lot of people that I used to know, just because our lives had taken two different paths. And I kind of started the movie based on that idea."

The first draft of “Virginia Running” had Chaffin in the lead role.

Then, one day, he flipped a switch and gave the main role to Booher.

"And I wanted to see how it would be to write this character from a woman's perspective," Chaffin said. "And, when I changed it to a woman, I immediately thought of Laken."

A hairstylist in Wise, Va., Booher works at Tracy's Salon on Main. She has attended college at Mountain Empire Community College in Big Stone Gap, Va., as well as Montgomery College in Rockville, Md.

Most recently, this fall, the aspiring actress was cast as an extra in the "Big Stone Gap" movie filmed at Big Stone Gap’s "Trail of the Lone-some Pine" outdoor drama.

"Virginia Running" spans about an hour and a half and features scenes of the arched bridges in downtown Coeburn, as well as a Park Avenue street scene in Norton, with the newspaper offices of "The Coalfield Progress" visible in the background.

The flick features multiple split-screen scenes and slice-of-life moments at a bowling alley, a lake and various residential areas.

"I think it's a relate-able story regardless of what walk of life you are," Chaffin said. "You're faced with decisions to reconcile with people, family or friends ... And I kind of wanted to capture what it would be like to not have talked to family members or friends."

A screening of the movie is being held on Tuesday, Dec. 10, 7 p.m., at Norton's Cinema City Stadium Theatres.

After that, Chaffin has high hopes to see "Virginia Running" on other marquees.

"I'm sending it out to multiple film festivals," Chaffin said. "I have spent two years of my life living and breathing this movie."

What: "Virginia Running," a film by and about Southwest Virginia natives that was also filmed in the region.