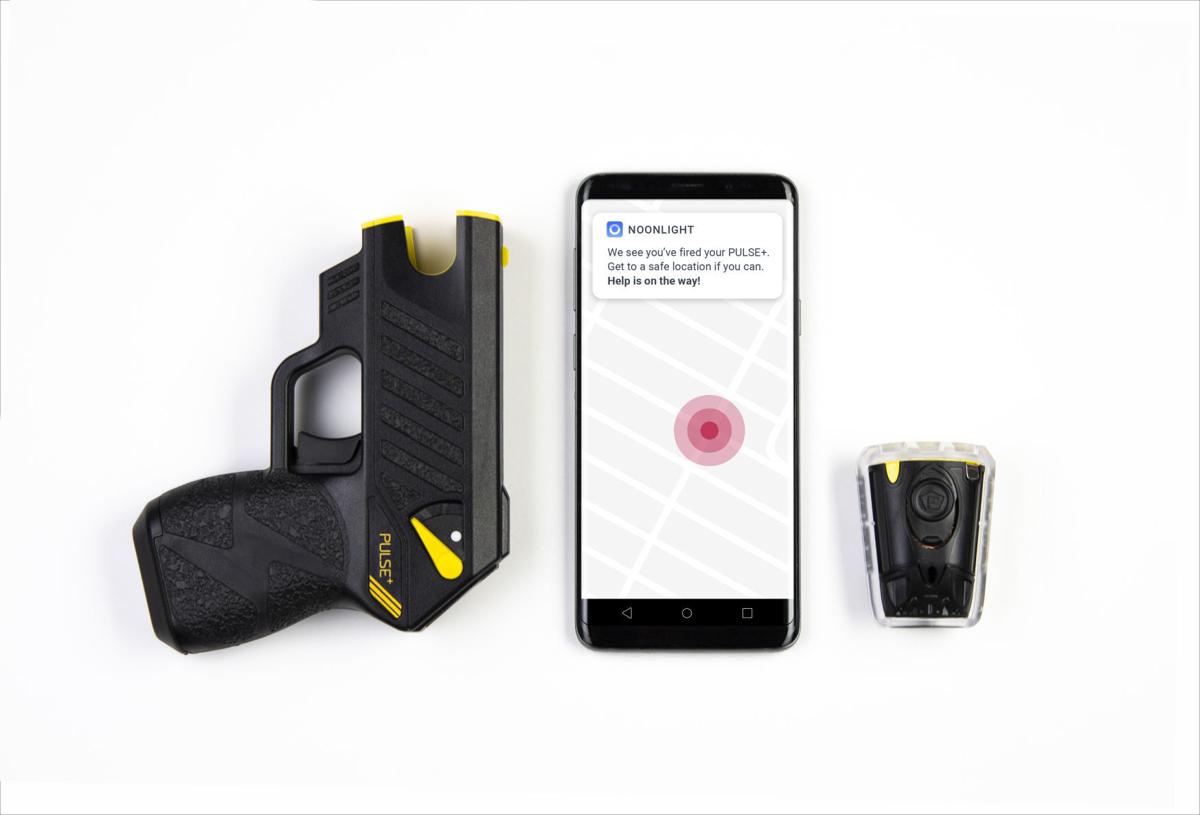 A new Taser automatically alerts authorities as soon as the weapon is fired. 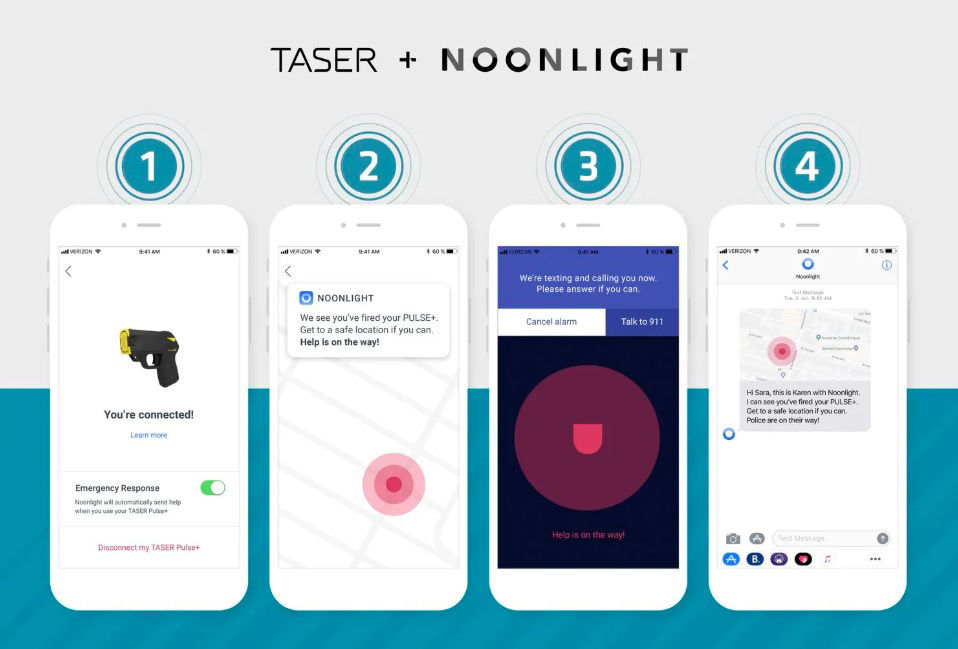 A new Taser automatically alerts authorities as soon as the weapon is fired.

In the heart of an emergency, when the body's fight-or-flight response is fully activated, calling the police is often an afterthought.

That's exactly what customers told Axon when the company - which makes Tasers for self-defense and law enforcement - asked for feedback from people who had used their products.

Their solution: a new Taser that automatically alerts authorities as soon as the weapon is fired.

"When you're under stress and your focus narrows to getting away from someone, then small details like picking up the phone and calling 911 can escape you," said Annie Pratt, Axon's director of consumer products. "We wanted to create a device that doesn't require people to be in the physical mental state to remember that last step."

To make that possible, Axon has partnered with Noonlight, a company that makes an app that automatically connects people with emergency services. To connect users with police, the Taser is always paired with Noonlight's app, officials from both companies told The Post. When the trigger on the TASER Pulse+ is pulled, a beacon on the device communicates with the app, which alerts authorities that a likely emergency is unfolding. Using information from the app, including GPS, responding authorities have access to the user's identification and location, even when someone is fleeing the scene of the incident.

"Everything happens in real time," said Nick Droege, the co-founder of Noonlight. "We dispatch emergency services and the user is getting text message and a phone call from us so they can explain what's happened and 911 dispatchers are also seeing this information."

"We might also have their health information, which includes information about allergies and medication use, and their picture from their profile information," he added.

If a Taser owner presses the device's trigger while the safety is on, Pratt said, police aren't alerted. If customers don't need assistance from authorities after firing the weapon - or if they've mistakenly pulled the trigger - a user can cancel an active alarm by sharing a four-digit code after they receive a text from the company's dispatchers asking them whether they need help.

The Taser Pulse+ has a 15-foot range and is designed to incapacitate someone for 30 seconds, Pratt said. The device, which includes access to Noonlight, costs about $470, according to Axon.

The company declined to reveal how many individuals have purchased their Tasers and what percentage of their customers base are individual owners versus law enforcement agencies.

Tasers remain controversial because of the physical toll they can exact and a track record that calls into question their effectiveness, according to some experts.

"Electronic weapons rarely work all the time," Ron Martinelli, a forensic criminologist, told CNN in 2015, noting that incapacitation can hinge upon where and how both electrical probes strike the body. "Historically, they tend to be about 60 percent effective."

Droege said his long-term goal is to create technology that completely removes the burden of contacting authorities when someone finds themselves in an emergency situation. To get there, he said, Noonlight will partner with companies that create wearable devices and medical technology that can sense when someone is in physical distress.

In September, Noonlight added a feature to its app known as "automatic crash detection and response." The app uses an algorithm that taps into a smartphone's sensors, allowing the platform to measure and detect minuscule changes in the user's location, motion and force.

For crash detection to work accurately via a smartphone, Droege said, the system relies on the device's GPS, accelerometer and gyroscope, both of which are used for maintaining orientation. The app might also tap into sensors such as a phone's proximity meter or magnetometer. The former measures a phone's proximity to another object and the latter provides the phone with orientation to the earth's magnetic field.

The sensors are used in conjunction with analytics data from billions of miles of driver data from Zendrive, a company that amasses data about driver behavior, such as aggressive and distracted driving. An algorithm pores over the dual streams of information, Droege said, noting that the data is regularly updated in hopes of improving the algorithm's accuracy.

If the sensors detect a sudden change in motion and force indicating that the user has been involved in an accident, the app alerts 911 without the user's prompting.

"You don't even have to be driving a vehicle for this platform to work," Droege said in October. "You could also be on a bicycle or a Bird or Lime scooter, and the app will know whether you've been in an accident."