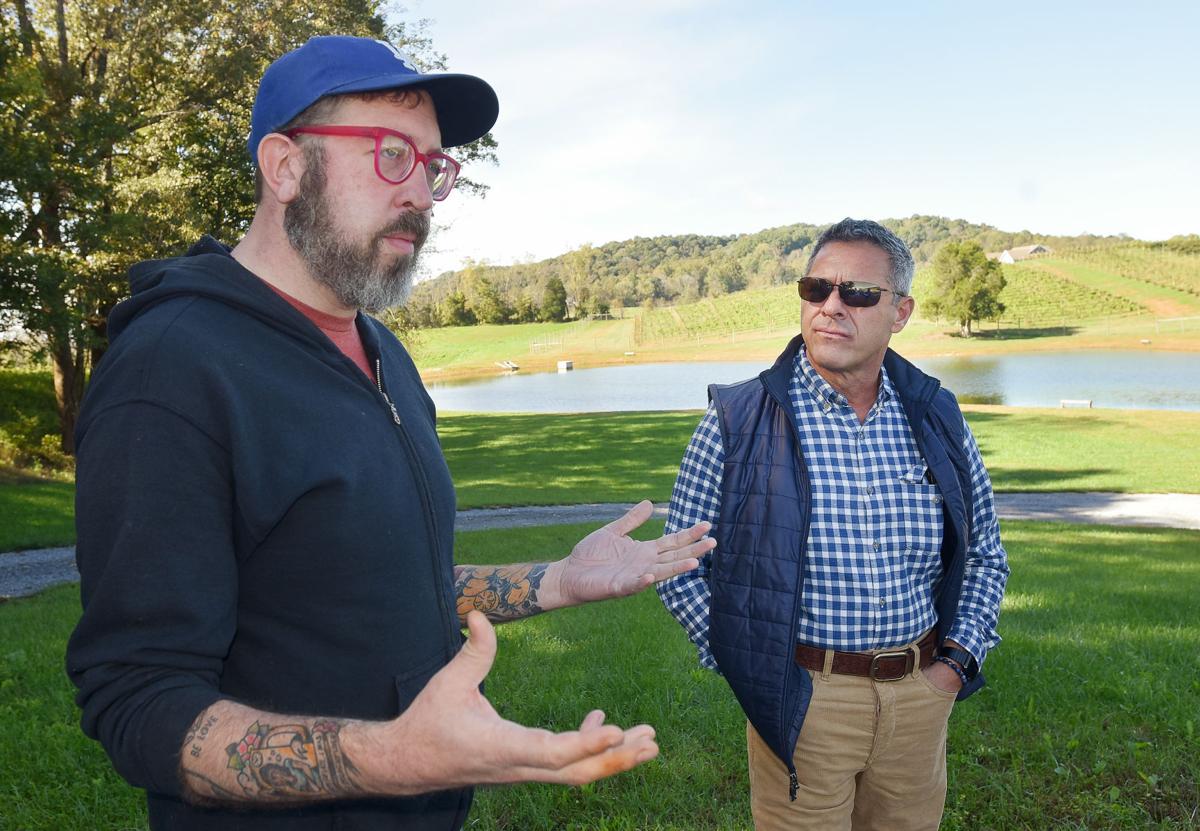 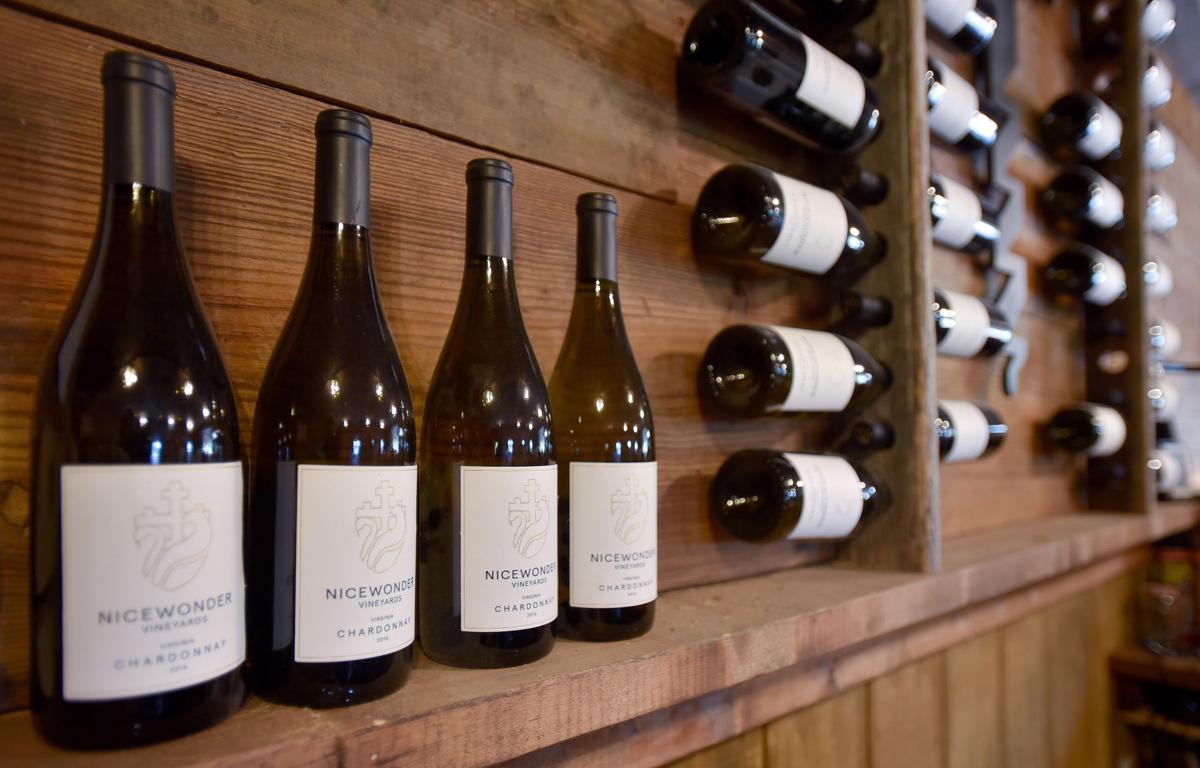 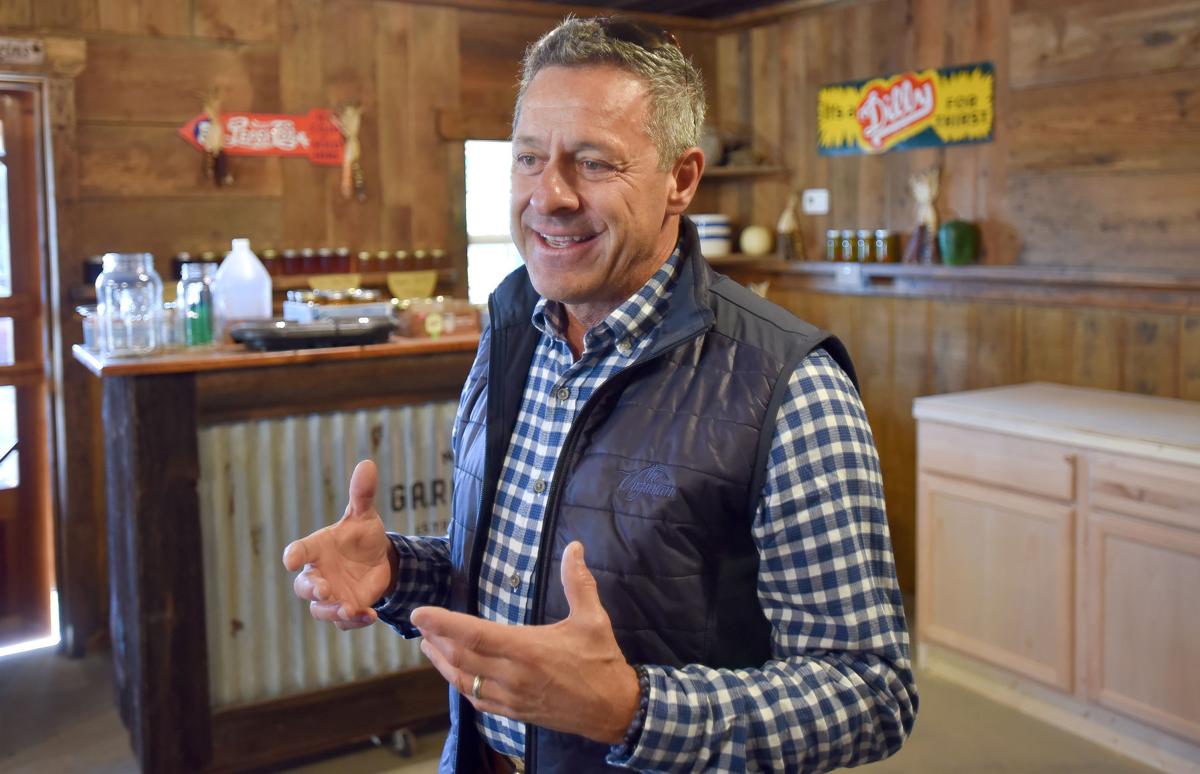 A view of the Nicewonder Vineyards, which will be building a new restaurant and expanding the vineyard/winery business. 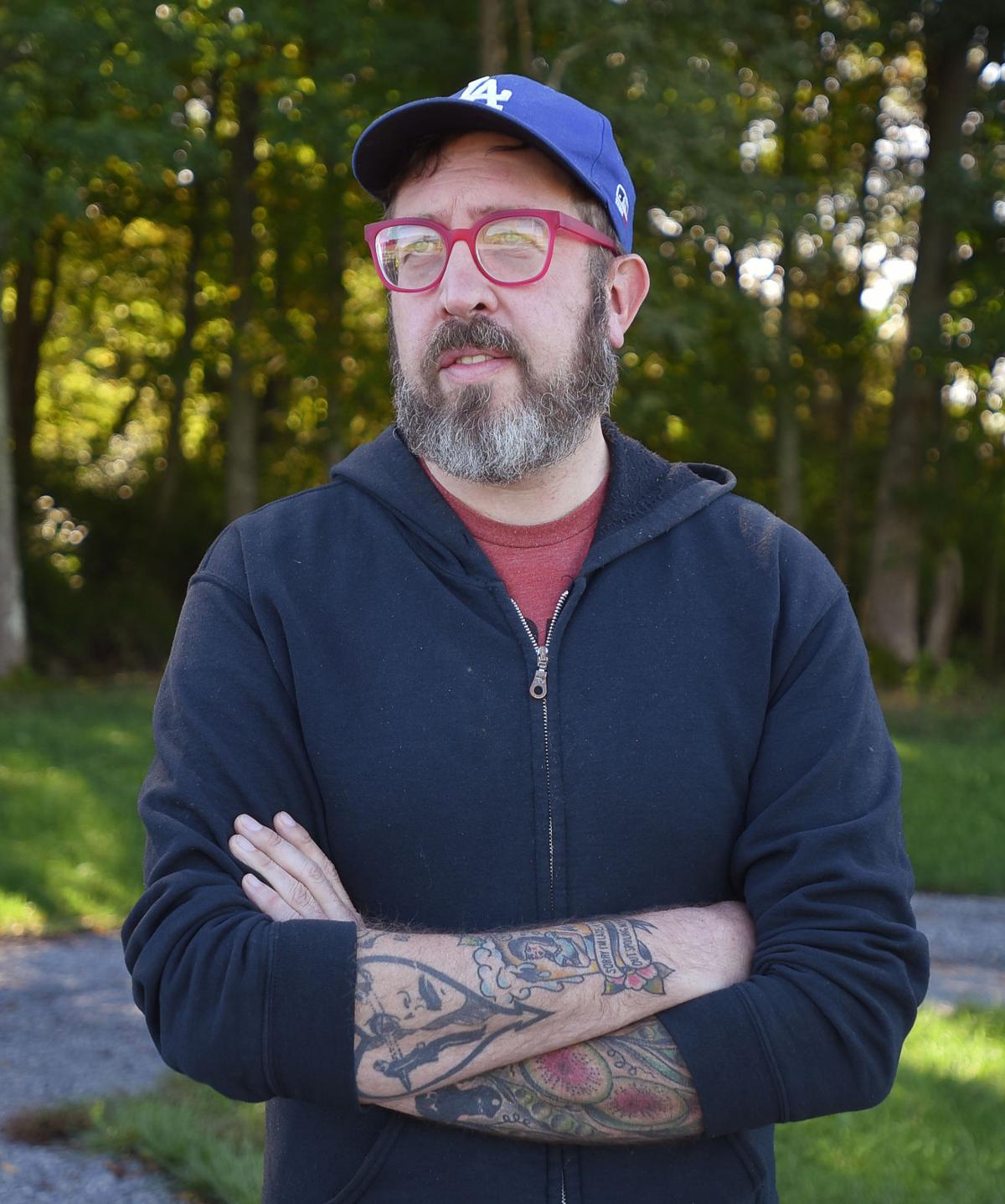 Noted Appalachian chef Travis Milton talks about a new restaurant located at the Nicewonder Vineyards and an expansion of the vineyard/winery business. 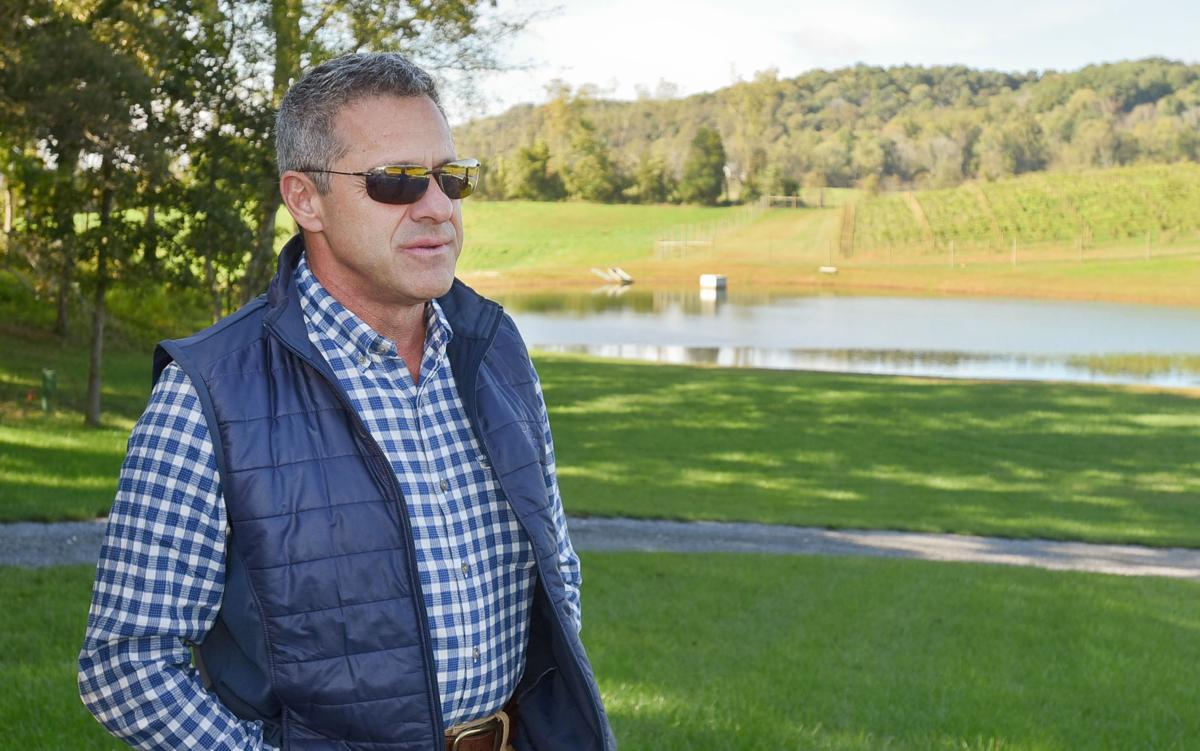 A view of the Nicewonder Vineyards, which will be building a new restaurant and expanding the vineyard/winery business.

Noted Appalachian chef Travis Milton talks about a new restaurant located at the Nicewonder Vineyards and an expansion of the vineyard/winery business.

Nicewonder Farm and Vineyards plans to establish a 28-room inn, restaurant and event space open to the public on property that is currently part of The Virginian Golf Club, which is a 1,300-acre private golf and residential community. The Nicewonder family recently established its vineyards and last year earned gold and silver recognition from the Virginia Governor’s Cup for its 2016 Viognier and Chardonnay wines.

Kevin Nicewonder said Wednesday they intend to develop a property comparable with Blackberry Farm — an exclusive inn and resort property in the Great Smoky Mountains in Walland, Tennessee.

“I hate to even say that we would think we could compare ourselves to Blackberry Farm, but that’s what we’ll strive for. We want to be a combination of Blackberry Farm and Pippin Hill [Farm and Vineyards] — which is a great vineyard, wedding and event center in Charlottesville, Virginia,” Nicewonder said.

The farm enterprise currently occupies more than 300 rolling acres, including 10 acres of grape vines, and the inn would overlook a lake and the hillside vineyard.

“It will be 28 rooms with 80 percent suites and some single rooms. It looks across the lake toward the vineyard,” he said while standing on a parking lot that is currently gravel. “Downstairs will be the restaurant, bar, wine cellar and a 2,200-square-foot banquet facility. We can do a 300-seat wedding or we can place a tent out on the yard and accommodate 500.”

The 30,000-square-foot farm-style building is being designed by BurWil Construction and will include a unique curved staircase leading downstairs to the food, beverage and event spaces.

A groundbreaking is planned in early 2019, and they expect to open in the summer of 2020.

To compete, the project needed to become a culinary destination and noted chef Travis Milton fills that bill.

“We were extremely lucky to cross paths with Milton when we did. I think things happen for a reason, and it’s helped us to accelerate this program. We had an idea of what we wanted to do, but it all came together when he came on board,” Nicewonder said. “We had a good wine; we knew we had to get people in here to enjoy it. We’d talked about the inn, but it was an inn. Then, all of a sudden we had the food side of it, and it all came together.”

Last month, Milton announced he’d stepped away from the Sessions Hotel project in downtown Bristol, where he was originally scheduled to open and operate two restaurants. That project is now under construction and expected to open next year.

“A lot of the same things I’ve always dreamt about being able to do here were the same things he [Nicewonder] thought were important about doing this restaurant right here. We started talking while I was on my hiatus, and it snowballed from there,” Milton said.

The vision, Milton said, is to showcase locally grown foods and his interpretation of regional cuisine.

“To continue what I’ve been doing, which is upscale preservation of what Appalachian food was, is and will be. It all goes back to telling the story of the land through the food. That’s what I do and what he [Nicewonder] wanted the restaurant to do so that worked out pretty awesome. That’s always been my biggest goal in doing a restaurant down here,” said Milton, who is a native of Wise County.

Milton’s long-term goals include having a commissary kitchen where they will can and preserve locally grown items and curing hams. Besides his culinary chops, Milton is also a certified butcher and sommelier, or trained wine expert.

The vineyard also plans to open a pizza restaurant with a fully stocked bar — including all of the house wines — in another building a short distance from the inn site.

“In the spring of 2019, we’ll open Nicewonder Farm and Vineyards to the public,” Nicewonder said. “That is an existing building, and it’s currently being expanded with a pavilion and beautiful bar. The quality of this will be on par with The Virginian, but it will be open to the public.”

Access to the winery, the inn and the other amenities will be created off Flameleaf Road, which is just off Old Dominion Road, a short distance from Lee Highway and John S. Battle High School.

“I think we are on the way to proving ourselves,” Nicewonder said. “With our medals we brought back from Richmond last year, with the culinary team that we’re putting together with Travis Milton, I think we are on our way.”