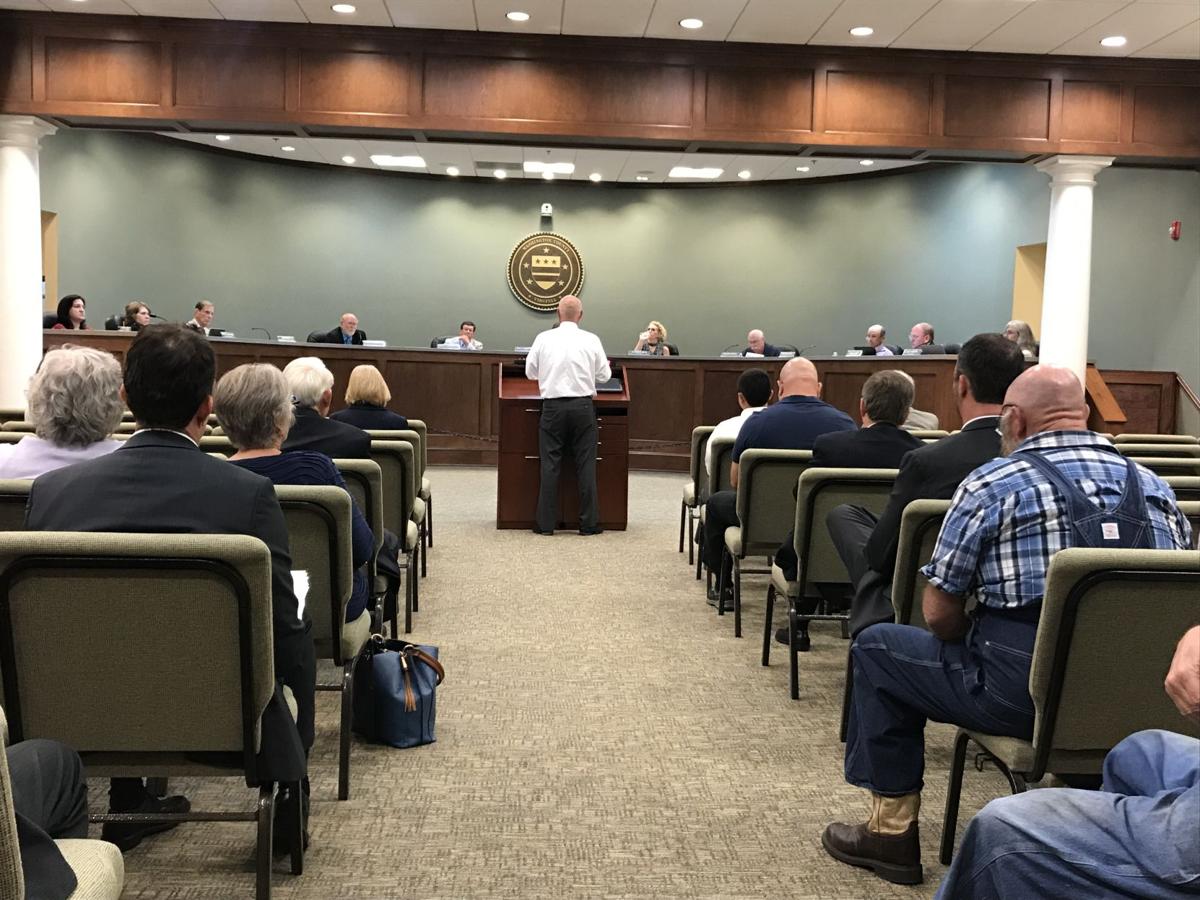 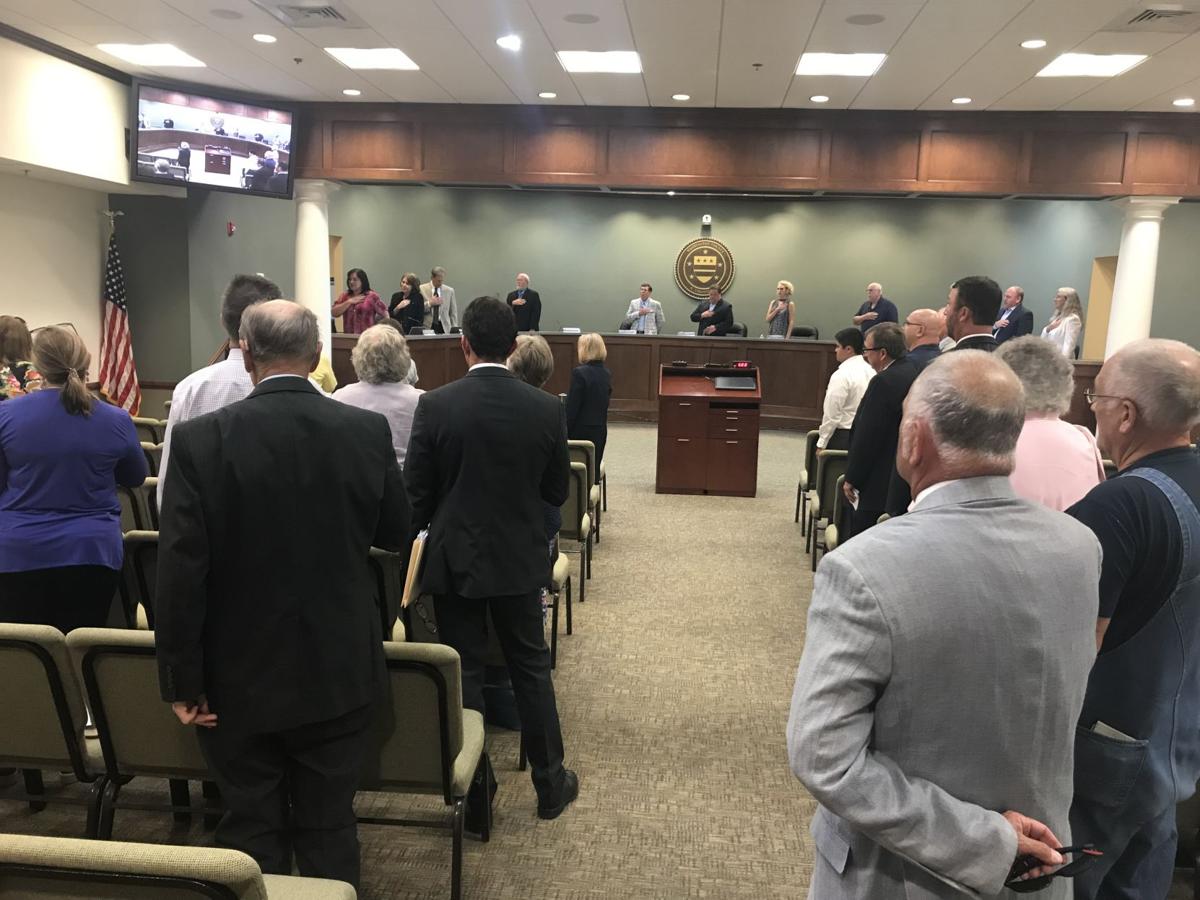 ABINGDON, Va. — Speaker after speaker urged the Washington County Board of Supervisors on Monday not to “rush” into moving the county’s court functions to the former Kmart building at a strip mall in Abingdon.

Allison Mays, the board’s vice chairwoman, also suggested that the board consider other options.

Still, during the called meeting Mays joined fellow supervisors in voting “yes” on a motion by Supervisor Dwayne Ball to enter into a purchase option on the former Kmart, now being considered as a new courthouse site to alleviate crowded conditions at the 150-year-old Washington County Courthouse.

The board now plans to file a court petition to give voters an option with a November referendum: Should the circuit court stay in place or make the move to the former Kmart, which is expected to cost about $30 million.

“The people will decide this, not the Board of Supervisors,” said Supervisor Mike Rush.

For months, the supervisors have wrestled with what to do about the crowded courthouse, which has security issues and inadequate space and parking.

The vacant Kmart building, owned by the parent company of Food City, has been considered an option because it contains about 89,000 square feet — about what an engineering study deems sufficient for the county’s court functions.

Only one speaker out of 11 voiced clear support for moving to the old Kmart. Others, including local lawyers, reminded the board that the Washington County Bar Association recently voted unanimously against any move from the historic courthouse in downtown Abingdon.

“To abandon it at this point at its life and our lives is unthinkable,” said speaker Mary Lynn Tate, an Abingdon attorney who suggested putting an addition on the back of the courthouse.

“Make it a state-of-the-art courthouse that will serve the public of this county into the next century,” Tate said. “This courthouse has too much in it to toss away and rebuild in a different location.”

County officials have said they want the historic courthouse to remain standing.

But leaving it empty would cause what one speaker, Mark Hurt, called a “dead zone” at the center of Abingdon.

“I haven’t heard any proposals for using the existing courthouse if you do go the Kmart option,” said another speaker, attorney George Whitley.

“Abingdon will become an absolute joke if you move the courthouse to a Kmart,” he said.

Saul Hernandez, the board’s chairman, later said, “I certainly appreciate the affection toward the courthouse. ... There is no doubt moving the courthouse would have an economic impact on downtown.”

Still, Hernandez said, the board is facing financial issues and must consider all options as it looks to fund services like fire departments, rescue squads, broadband and school resource officers.

As approved on Monday, the county would buy the former Kmart building for $5.25 million if the referendum passes. If the vote is “no,” then the agreement would be terminated, said County Attorney Lucy Phillips.

“To me, it’s all about function and economic viability for my constituents,” said Ball.

In his motion, Ball proposed making the total cost of the project read “$30 million” at the ballot box — to give a “buffer” above the originally stated $25 million estimated to buy the building and renovate it into a courthouse facility.

County officials have warned that the county court facilities need to be improved before the state Supreme Court makes demands — at any cost necessary.

If the referendum fails, Phillips said, the matter could not be placed on the ballot again for another 10 years.

And, if that happens, the county could expand and renovate the current courthouse. That option would mean addressing downtown parking issues — including the possible addition of a parking garage.

On Monday, at its own meeting, the Abingdon Town Council approved a resolution that states it would work with county officials if a parking garage needs to be built.

Also on Monday, Abingdon Town Manager Jimmy Morani signed a public notice — slated for an upcoming advertisement in the Bristol Herald Courier — that asks for a proposed zoning text amendment regarding the former Kmart building.

This amendment would add the word “courthouse” to the list of permitted uses for the building, now zoned B-2 general business. The application is slated to be reviewed by the town’s Planning Commission on Aug. 26.