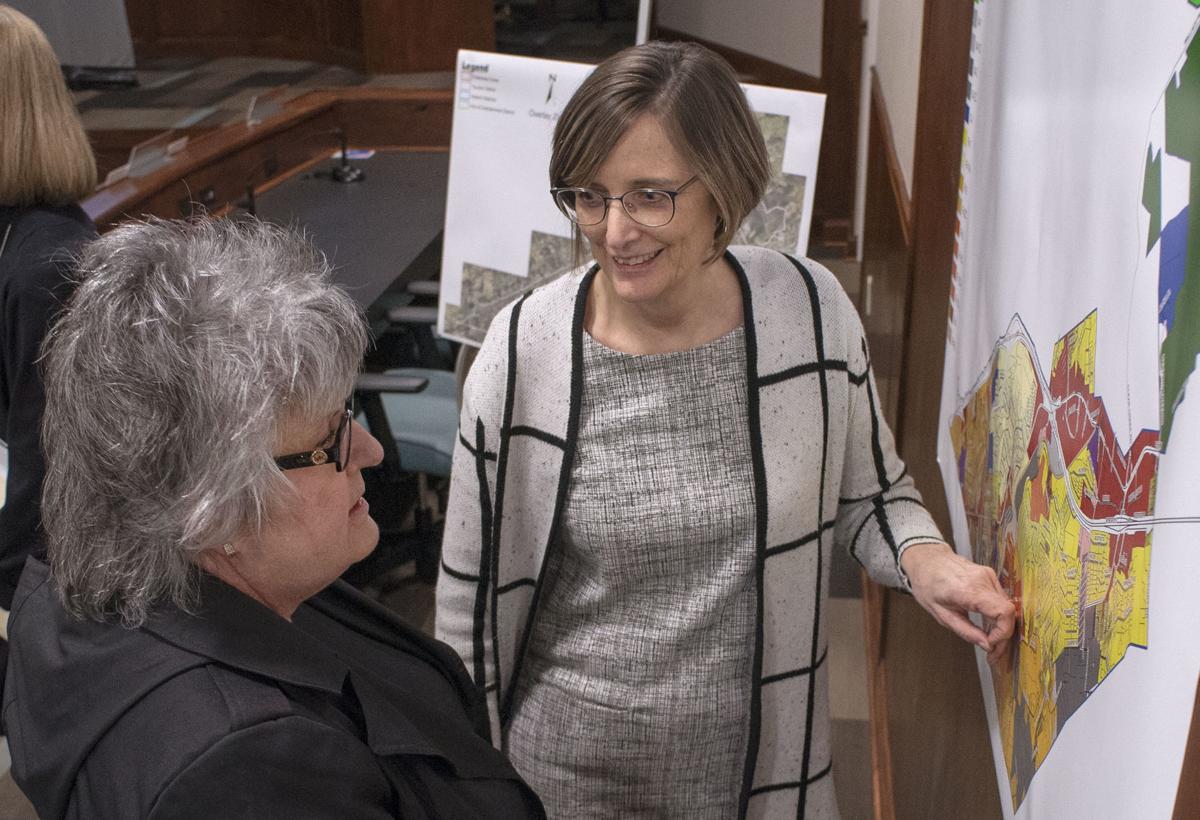 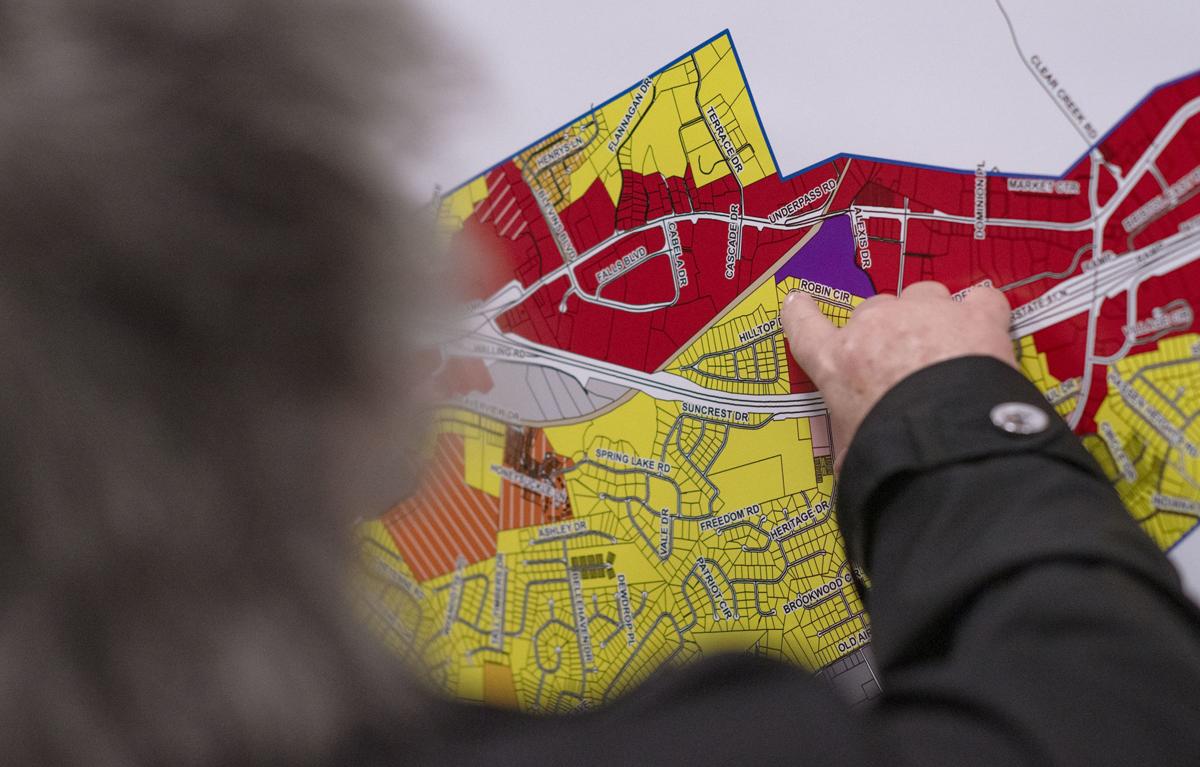 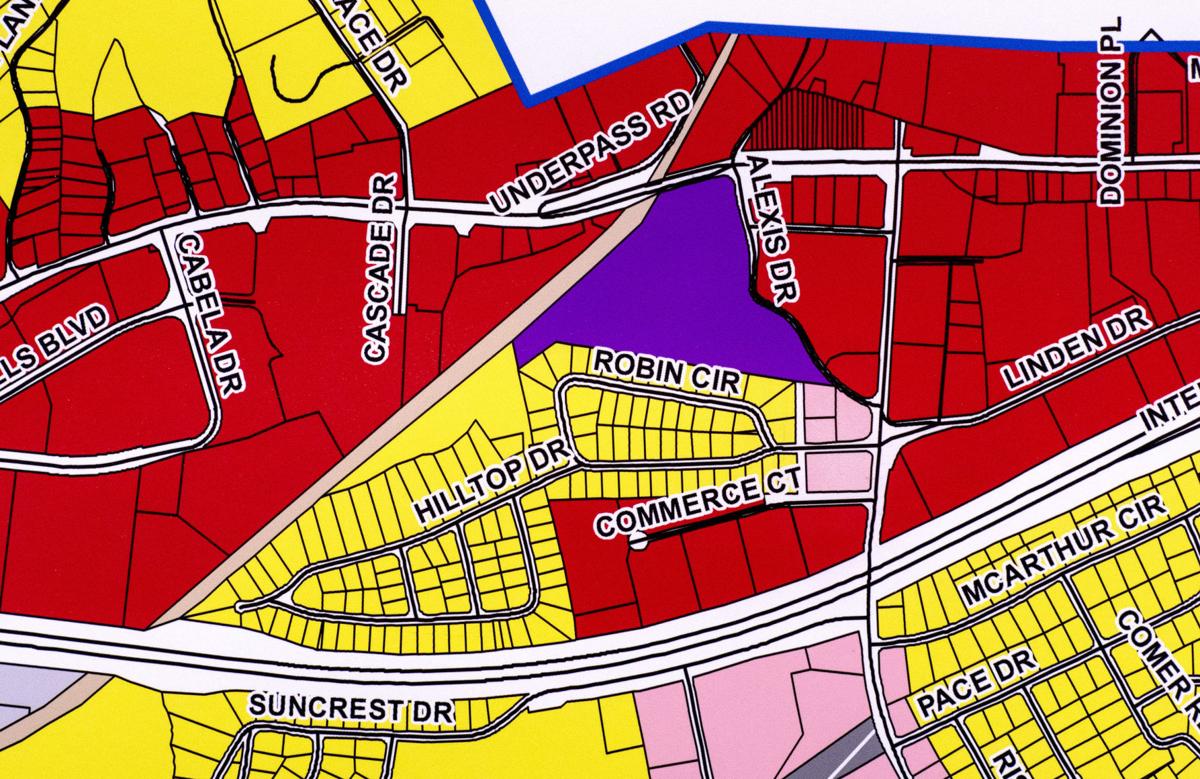 A map of proposed ordinance changes around the Robin Circle neighborhood of Bristol, Virginia as seen during an open house meeting Thursday afternoon.

A map of proposed ordinance changes around the Robin Circle neighborhood of Bristol, Virginia as seen during an open house meeting Thursday afternoon.

BRISTOL, Va. — Members of the public got their first look Thursday at a series of proposed changes to city zoning during two public information sessions.

Fewer than a dozen people attended the midday session, and at least five were residents from the Robin Circle subdivision. A number of them spoke out at Tuesday’s Planning Commission meeting and voiced similar concerns Thursday about a proposal to rezone two parcels near the entrance of their subdivision from residential to commercial.

“No one has presented additional concerns during the period I’ve been here today,” Pollard said. “Some people reiterated their same concerns as on Tuesday. I’ve been told some people were more concerned about traffic flow than the [proposed Robin Circle] rezoning, and there are no proposed traffic flow changes as part of this.”

“So much of the city’s history is that lack of communication, and this greatly helps in that,” he said. “I’m all for transparency and openness, and this helps people know what’s going on. We’ve had a number of people come in — not because they had specific concerns but because they wanted to know what was going on.”

Among those without an issue was resident Becky Evenden.

“I like to keep up with what’s happening in Bristol, and, for me, personally, I don’t see anything that is of concern,” she said. “But I don’t live near anything that is proposed for rezoning.”

That wasn’t the case for Tammie James, who, along with her husband, Gary James, has lived on Robin Circle for 25 years.

“I’m against any more commercial buildings on that site and in behind me as well,” Tammie James said. “At the [subdivision] entrance, we don’t want to have to deal with commercial properties and what that brings. It’s bad enough to get in and out.”

The husband and wife are also concerned about a proposal to rezone the former Southern States property off Alexis Drive to a new mixed-use zoning designation.

The Planning Commission is slated to conduct a work session on Feb. 3 to review public input. The draft comprehensive zoning package is expected to go to City Council for a public hearing in March, city Planner Sally Morgan said.