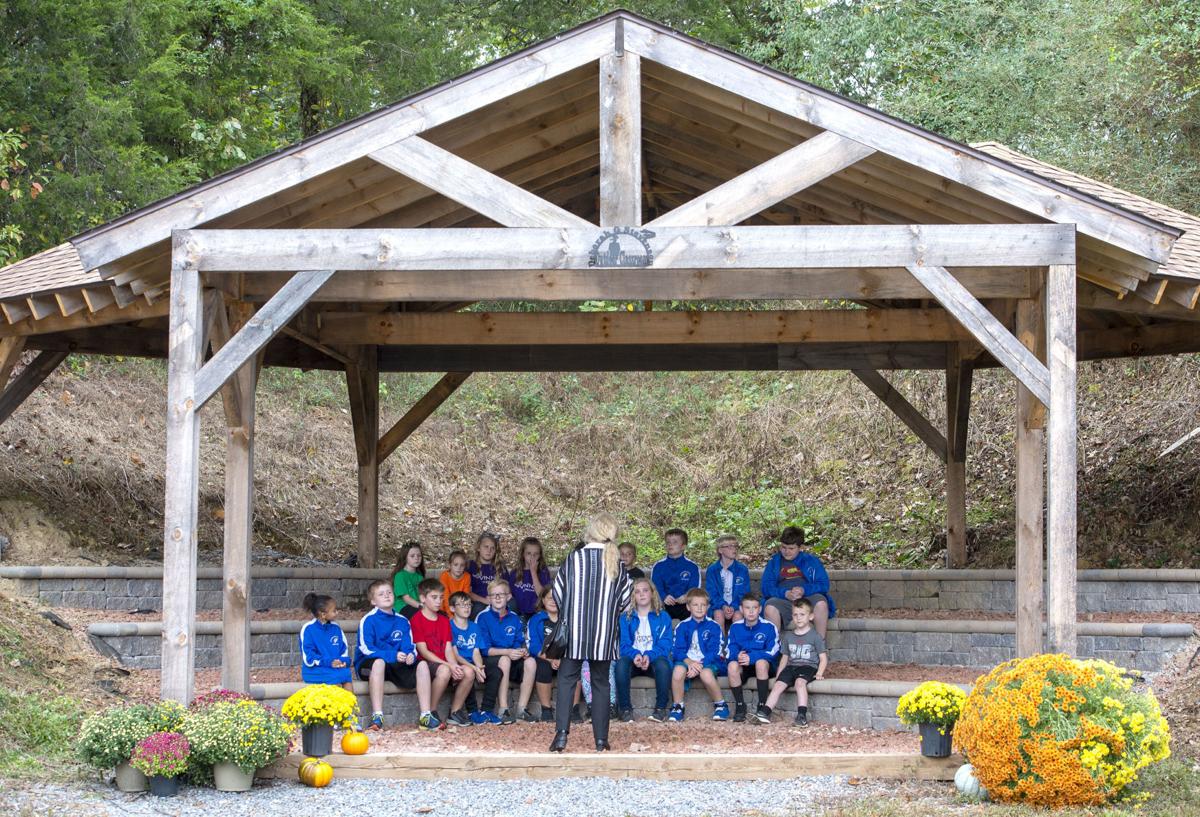 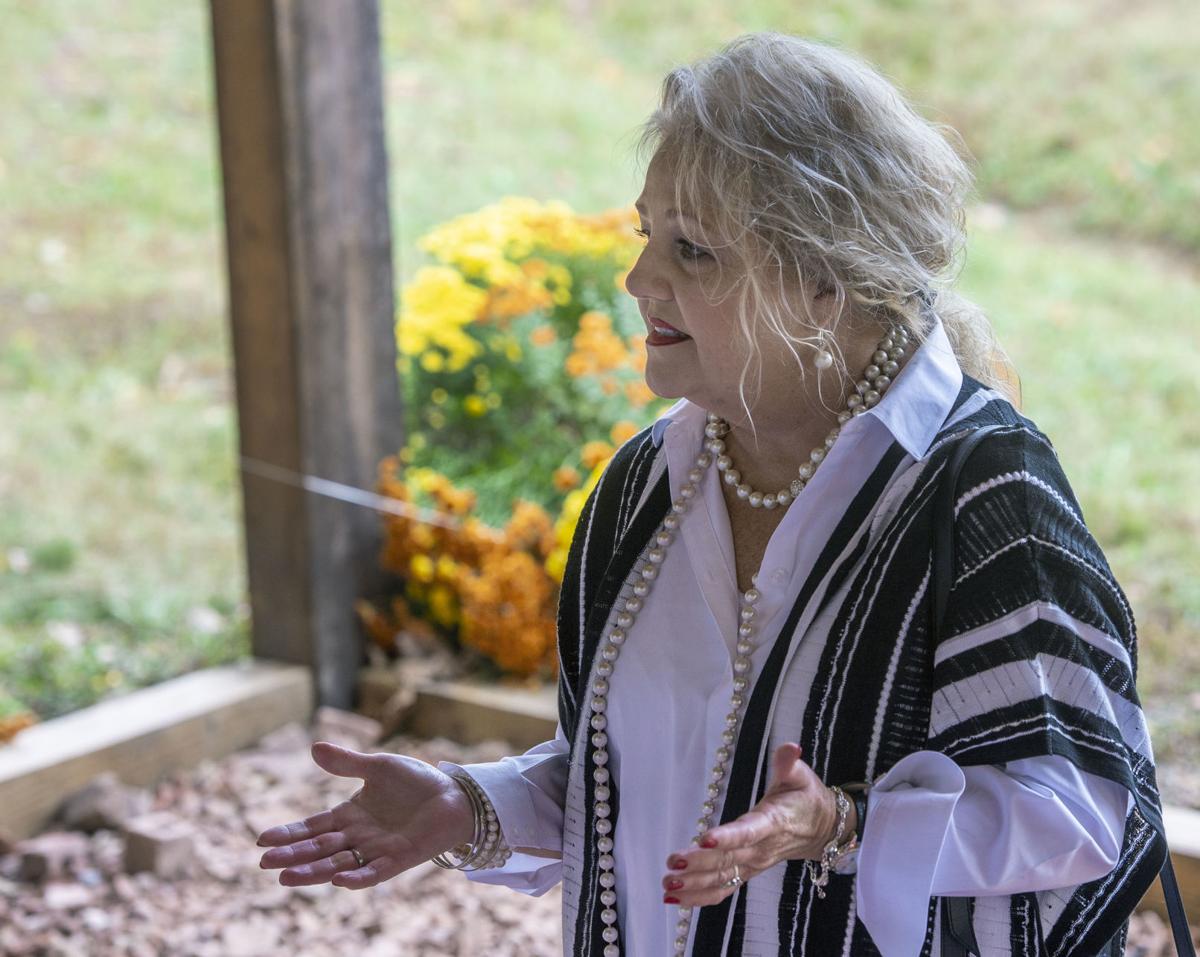 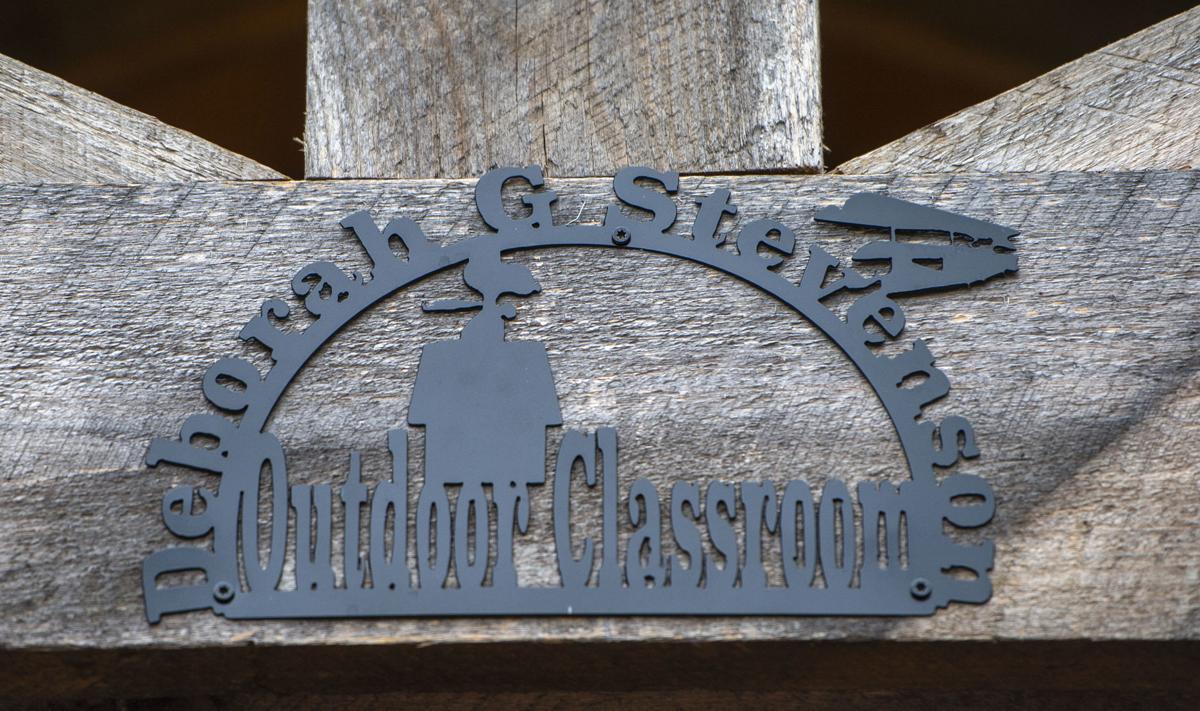 Many were thrilled to see former principal Deborah Stevenson during a ceremony to name the classroom after her. Coach Chris Reynolds and others gave her the credit for coming up with the idea.

The wooden, amphitheater-style structure is on a hillside at the back of the school near the playground. Almost $22,000 in donations, labor and supplies were given to build the classroom, according to Reynolds, who helped construct the structure.

“None of this would have ever happened had it not been for the vision and hard work of our very own Deborah Stevenson,” Reynolds said. “It was her idea, and she worked very hard to secure the funds. … We would like to thank you from the bottom of our hearts.”

Holding back tears, Stevenson said she was honored and humbled by the gesture.

“I have missed you guys so much,” she said. “It’s so good to see you, and I love you so much. Thank you for the time we all worked together, but, man, wasn’t it worth it? You all are the most amazing staff and students!”

“I hope you all will love being out here to learn,” Stevenson told the kids.

Fourth grader Lydia Brown, 9, said she’s been in the classroom a couple of times, including for math class.

“It’s a pretty relaxing place to be,” she said. “If you’re just really stressed out when you’re working, it’s a good place to calm down.”