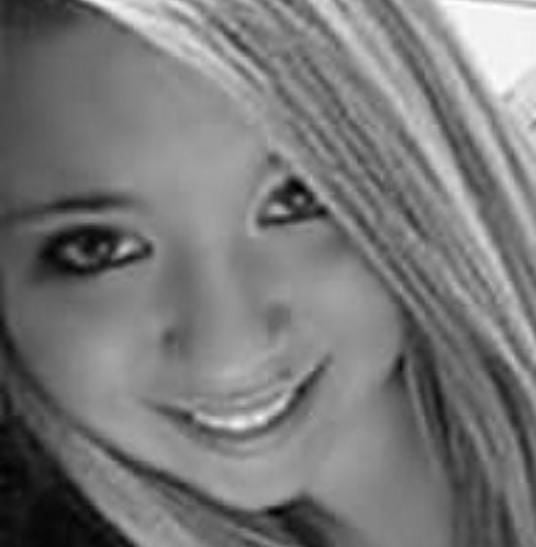 MARION, Va. — More than two years have passed since Jami Megan-LaBeth “Meghann” Pakacki was last seen, and police are no closer to locating her than they were two years ago.

With no new leads, Marion Police Department investigators are undertaking a complete reexamination of the case.

“This is our most important open case,” said Marion Chief of Police John Clair. “It’s time for us to revisit it in-depth.”

The then-23-year-old Pakacki was last seen the night of May 19, 2017, getting into a pickup truck at a residence on Fern Lane in Marion. A Saltville resident, Pakacki had been staying at the Marion residence at the time. Witnesses reported to police that she told them she was going to text a friend to get a ride.

“That’s the last time anyone saw her in person,” Clair said. “We would be very interested to know who that person was who picked her up.”

Pakacki’s mother, Lori Haynes, said she last saw her daughter on May 14 at a Mother’s Day gathering at the Fern Lane residence. Pakacki seemed to be in good spirits, Haynes said, and the two women made plans to spend the following weekend together.

That Friday (May 19), Haynes text-messaged Pakacki to see when she needed to pick her up.

“I kept messaging her, but I never got a response,” Haynes said.

It would be another five days before she got a reply.

In a June 2017 interview, Haynes said, “This text was totally out of the ordinary. It was long, and it didn’t make much sense. She said something like, ‘I’m going to be lost forever. I don’t want to be found. Don’t worry about me, I’ll be OK.’”

Haynes said the message came from Pakacki’s phone number, but she doubts that her daughter sent it.

The message didn’t sound like something Pakacki would say to her mother, Haynes said.

“She wasn’t talking to me like Meghann. She was talking about, ‘I’ll be in Bristol hanging with my homies.’ She doesn’t talk to me that way,” Haynes said in 2017.

Some of Haynes’ skepticism stems from slight differences in the way Pakacki spelled certain words. Haynes said the last text she got from her daughter’s number also said, “I love you mama.”

Haynes noted in 2017 that Pakacki always spelled the word m-o-m-m-a.

“I knew it wasn’t her that was talking to me,” Haynes said recently.

Months after Pakacki went missing, Haynes sold her home to offer a reward to the person who helped locate her daughter.

“But I haven’t had any leads except wild goose chases,” she said, noting that people have tried to scam her out of the reward money.

Haynes said she was happy to learn that the Marion Police Department would reexamine the case.

Clair said his officers would go back to square one in the investigation.

“What we’re going to be doing is mapping out everything from the beginning — every piece of evidence — and try and see if we can produce any fresh leads,” the chief said. “It’s time for us to take a fresh look at it and in order to do that, we’re going to start all over.”

Haynes said Pakacki had once taken off for a few days when she was a teenager and again for a week at age 18.

“But I just shudder to think that she’d wait two years and not even tell me that she’s alive,” she said. “This is a parent’s worst nightmare. I just want to go to bed at night and remember what it’s like to know all my kids are safe. I don’t know if I need to grieve because she’s already gone or if I need to keep hope that she’ll come back.”

Aside from the message sent to Pakacki’s mother, a few other witnesses told police they had heard from her through social media in the weeks that followed. Clair noted that those witnesses didn’t seem to doubt who they were talking to.

But the social media contact went silent the first week in June of that year. Clair said none of Pakacki’s social media accounts have been active since that time.

Part of the reexamination will also include new interviews with witnesses in hopes of uncovering something that wasn’t apparent two years ago.

At the time of her disappearance, Pakacki was described as approximately 5 feet, 5 inches tall with blond hair and green eyes. She is known to frequently change her hair color. Pakacki also has three tattoos — an anchor on her left forearm, stars on her right foot and the words “I Forgive You” on her right forearm.

Anyone with information about the disappearance or whereabouts of Jami Megan-LaBeth Pakacki is asked to contact Marion Police Department Sgt. Wes Thomas at 276-783-8145.