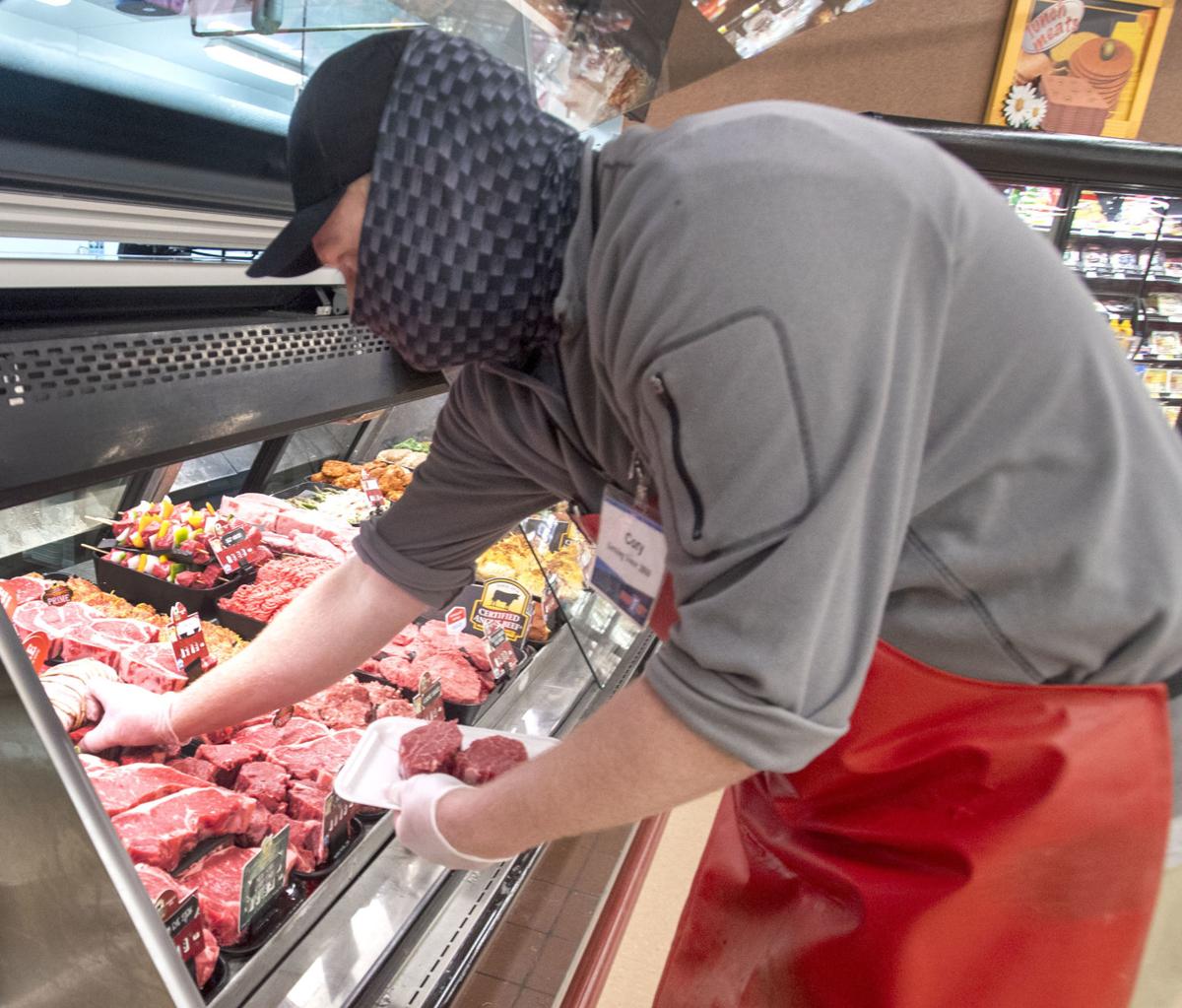 Food City's Cory Phillips removes steaks from the display for a customer at the Bristol, Tennessee Virginia Avenue store. 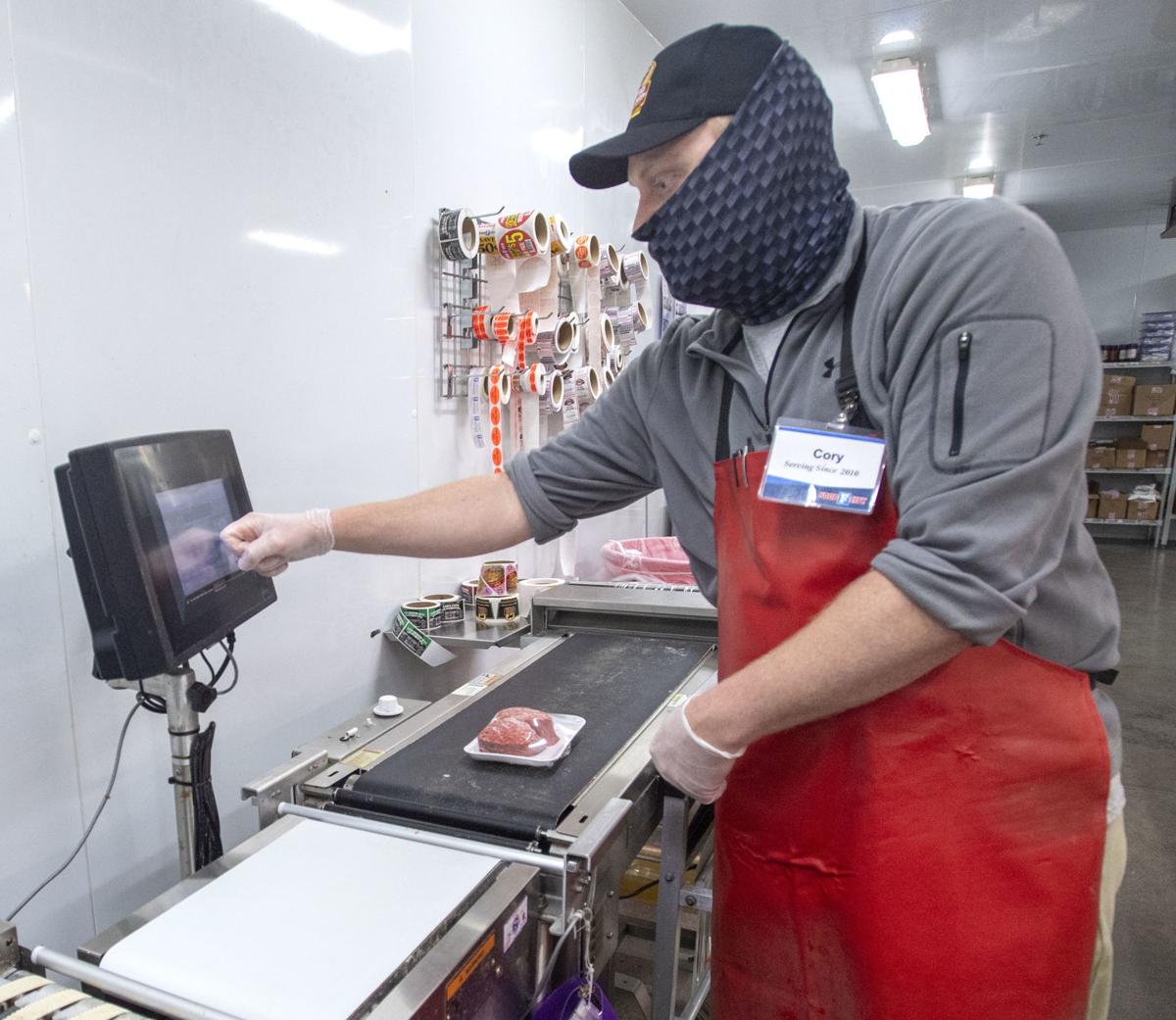 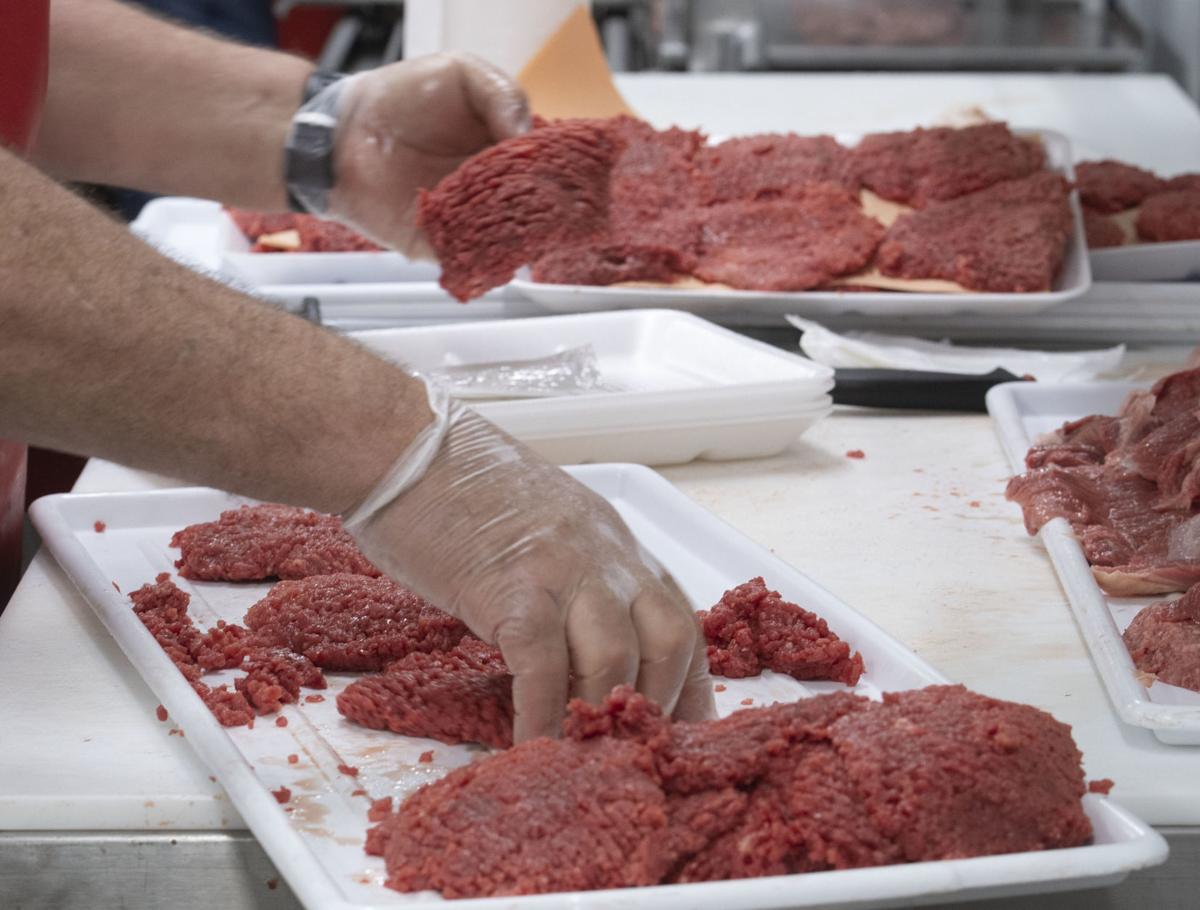 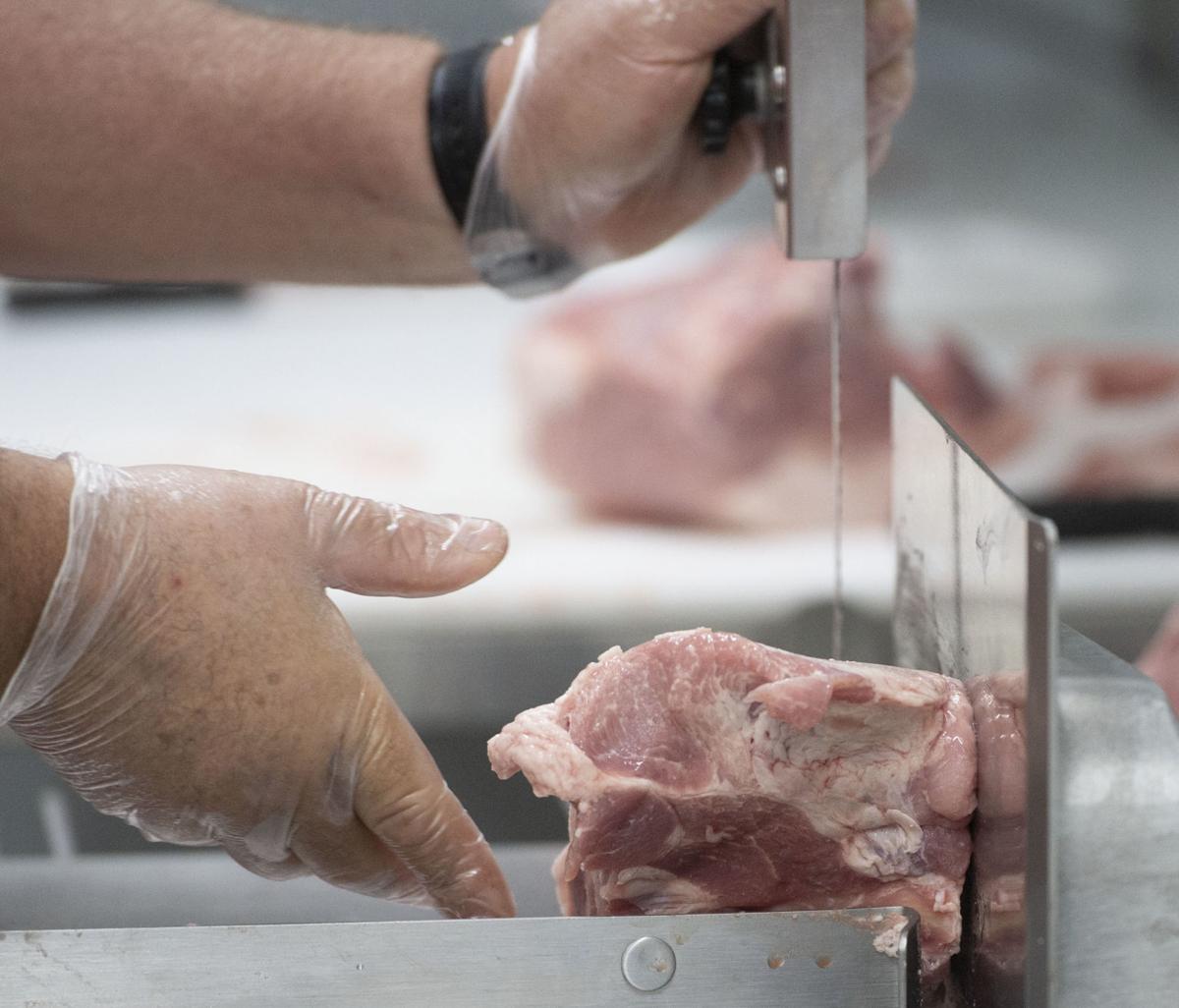 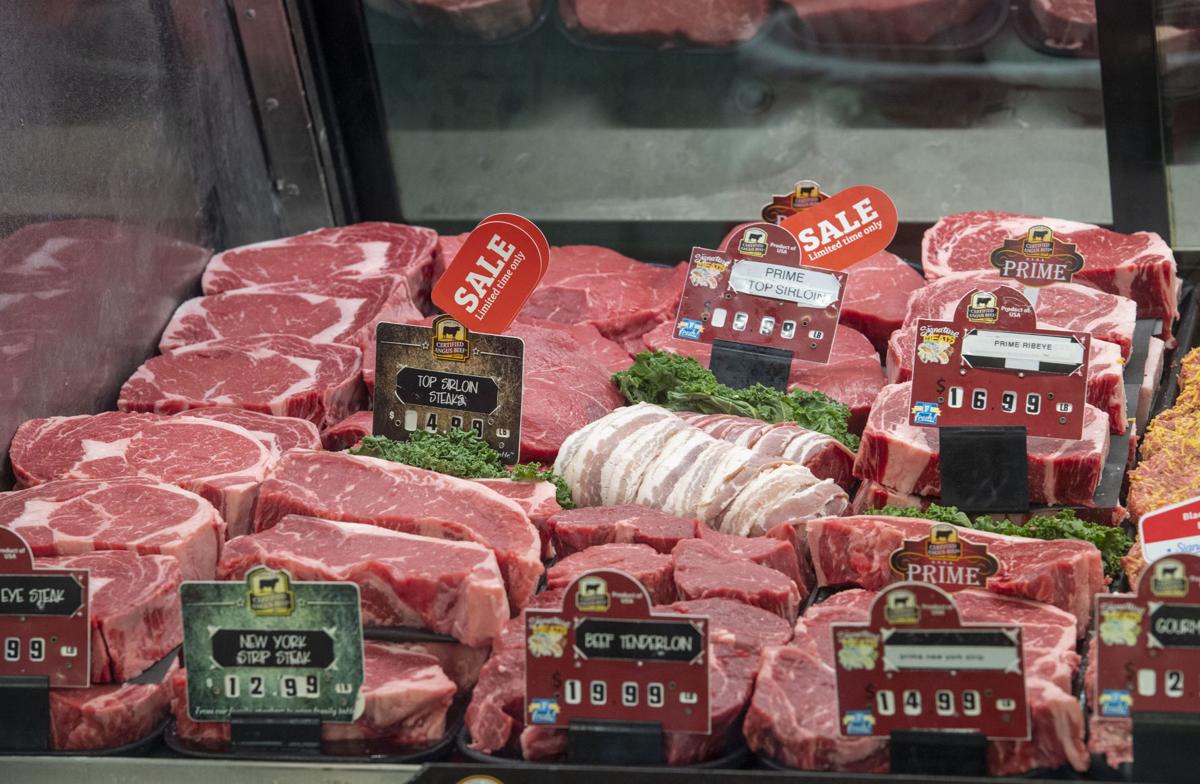 The meat case at the at the Bristol, Tennessee Food City on Virginia Avenue.

Food City's Cory Phillips removes steaks from the display for a customer at the Bristol, Tennessee Virginia Avenue store.

The meat case at the at the Bristol, Tennessee Food City on Virginia Avenue.

BRISTOL, Va. — Mountain Empire and Tri-Cities residents preparing to grill this Memorial Day will walk out of stores having paid more for meat than in previous years and may find they can’t buy as much of it as they wanted.

The COVID-19 pandemic has resulted in a shortage of meat and poultry and stores in the region have raised their prices. To keep shelves stocked, many stores have also set limits on how much fresh meat and poultry each customer can buy at one time.

Steven Holloway, head of food operations for Abingdon-based Food City, said what has happened under the pandemic is unlike anything he has seen. At present it doesn’t look like the supply of meat and poultry will start getting back to normal until late June.

Early in the pandemic, stockpiling by panicked shoppers created temporary shortages of meat, but supply issues only got worse. Throughout April major meat processing plants owned by the likes of Smithfield, Tyson, Hormel and JBS USA either cut production or were shuttered as cases among plant workers spiked.

In response to closures and in an effort to prevent shortages of pork, beef, chicken and other meat and poultry types, President Donald Trump signed an executive order in April that declared meat processing plants as essential infrastructure that should remain open if possible.

According to United States Department of Agriculture

Holloway said with operations at processing plants resuming it is now easier to get certain meat and poultry items. He believes many restaurants reopening may have put strain on meat and poultry suppliers. He said the pandemic has forced Food City to make changes to the way it operates, and these changes will likely stay in place until things are back to normal.

“There were a few days in the beginning that it was really tough to keep products in the store,” Holloway said. “We had products; it was just a matter of getting enough. It just continued on, and we’re still sporadic on some items.”

Food City has started doing business with new suppliers, he said. The grocer instituted a policy at all of their stores limiting the number of packs of fresh poultry, fresh beef, fresh pork and ground beef to two per customer. He said because meat and poultry prices have climbed anywhere from 30% to 50% above where they were pre-pandemic., they have passed some of that cost along to consumers.

“We’re still in stock on almost everything,” Holloway said. “We may not have everything every day that everybody wants, but we do have a lot of products.”

He said because they have meat cutters in Food City stores, they are able to take some cuts and cleave them to other cuts if necessary.

Meantime, local farmers are left with a surplus of livestock with few places to send them for the time being.

Riley buys calves, nurses them into good health. Once they are healthy, he either sends them to a feedlot, an operation where livestock are fed and confined in a way that maximizes muscle weight gain prior to slaughter. He sends livestock to a Kansas feedlot or sells them privately.

Riley said because of this he hasn’t been as impacted as farmers who raise livestock on their own farms. However, with cattle supply lines backed up, he’s been told by Kansas feedlot operators not to send any more calves until they are able to get rid of some of the cattle currently on the lot.

He said beef cattle farmers have it easier than hog farmers. With cattle, the farmer can slow down the speed that cattle reach a market-ready weight by changing the type of feed they are given. It’s hard to do that with hogs. He’s heard some hog farmers are killing the pigs they can’t sell and burying them as a result.

Riley said the biggest problem he faces is a lack of equity in how farmers like himself are compensated. He said farmers generally don’t have a lot of control over the prices they sell their livestock at under normal circumstances. Though meat prices have gone up, many farmers are losing money.

He said the fact that public demand for meat is still high during this shortage was a good sign though.