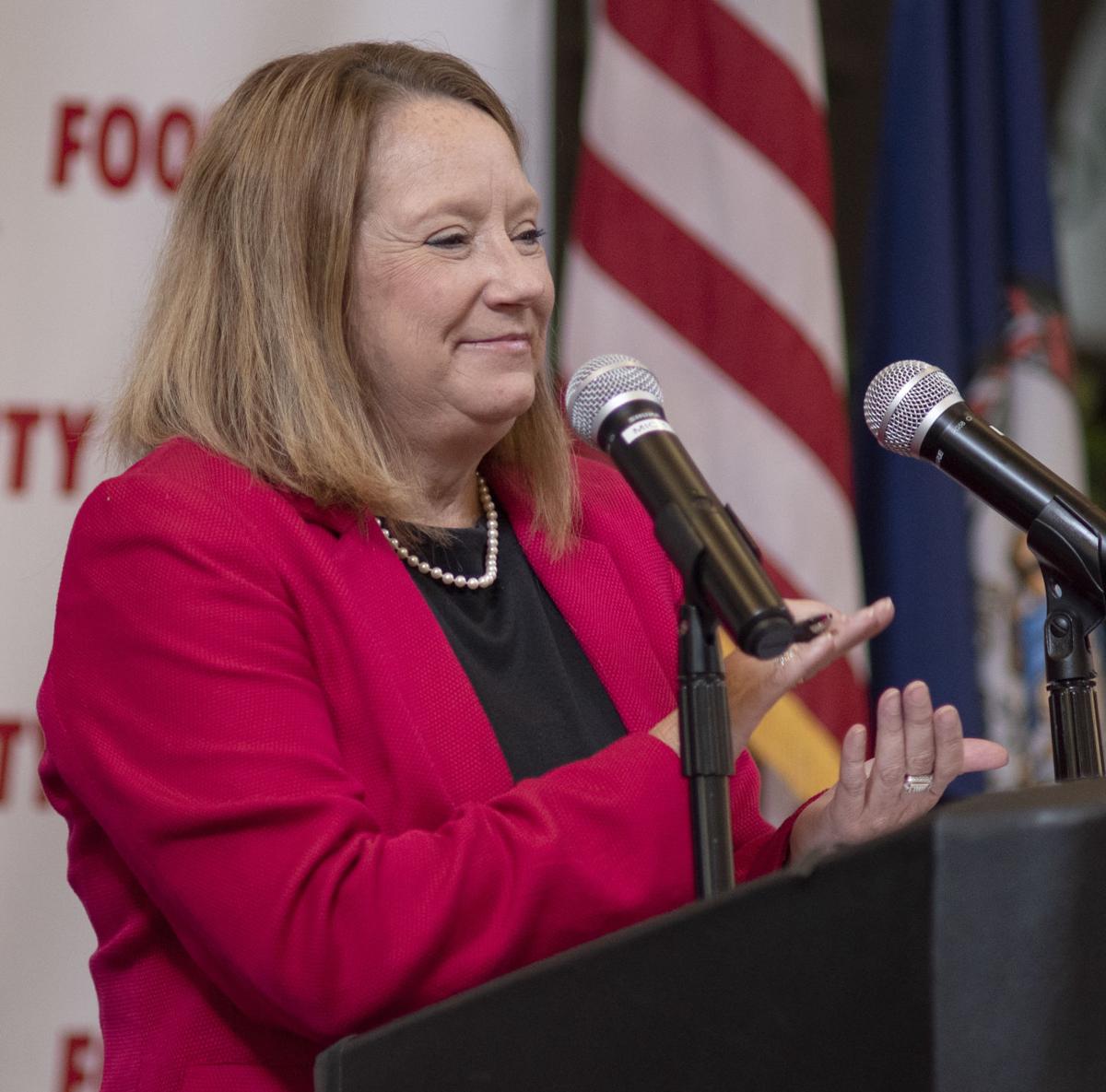 Beth Rhinehart, president and CEO of the Bristol Chamber of Commerce, opens the State of the Cities event Wednesday afternoon.

Beth Rhinehart, president and CEO of the Bristol Chamber of Commerce, opens the State of the Cities event Wednesday afternoon.

BRISTOL, Va. — Passenger rail service, a baseball stadium and the proposed resort casino were among the wish list items mentioned Wednesday by the Twin City’s mayors during the seventh annual State of the Cities address.

About 200 people attended the midday Bristol Chamber of Commerce-hosted event at the Bristol Train Station.

“The economic development study for passenger rail service from Roanoke to Bristol, conducted for Bristol, Virginia, leaves us hopeful,” Feierabend said. “Passenger rail development through Bristol is a dream that I hope to see in my lifetime at least, if not sooner.”

The study, released earlier this year, showed that such service could be well used, especially if service continues to other cities in Tennessee.

Osborne said he, too, would welcome passenger rail service during the question-and-answer portion of the event.

“I think we need to work together to connect the train from Roanoke to Bristol,” Osborne said, drawing applause from the audience.

However, Virginia transportation officials have said no passenger rail expansion is expected in Virginia’s foreseeable future because the only rail bridge linking the state with Washington, D.C., and the Northeast corridor is at maximum capacity, and improvements are expected to take years to complete.

Feierabend also made multiple references to a proposal to build a new baseball stadium for the Bristol Pirates on the Tennessee side — possibly near downtown.

“A couple of years ago, the city had a baseball study done. We’re looking at that study, hoping to take it to the next level to identify funding opportunities for a baseball stadium and multiuse facility,” Feierabend said.

The Bristol Appalachian League team plays its games at Boyce Cox Field on the Virginia side of Bristol, but the aging facility has some seating issues and is in need of upgrades.

“I think we should work together to find a solution for our baseball situation,” Osborne said. “Obviously, I’m biased. I want to keep the stadium where it is, but we need to find a good solution going forward so that all parties involved are satisfied. I certainly don’t want to lose the baseball team; they’re one of the good things we’ve got. I want us to find a way to work together.”

Feierabend also touted the continued growth of downtown, commercial development at and near The Pinnacle and the effort to build a middle school.

During his remarks, Osborne stressed the improvements Bristol, Virginia, has made in the past two years, the council’s focus on resolving issues with its elementary schools and emergency services. He drew applause when he mentioned that the city recently came off the state’s most fiscally distressed localities list — according to a recent report.

He also talked about how the casino project could be a key to the city’s economic future, if ultimately approved by the Virginia General Assembly and later the voters.

“I would be remiss if I didn’t mention the Bristol Resort and Casino. Jim McGlothlin and Clyde Stacy are proposing investing $250 million in opening a regional tourist attraction right here in Bristol,” Osborne said. “As icing on that cake, they’re wanting to repurpose our [vacant] Bristol Mall. If the legislation is approved by the General Assembly and signed by the governor, this project has the potential to create 5,000 jobs. These jobs will pay well and afford people the opportunity to have a fresh start and a new way of life.”

A collection of stories, photos, videos and more on the proposed Bristol Resort and Casino planned for the former Bristol Mall site.