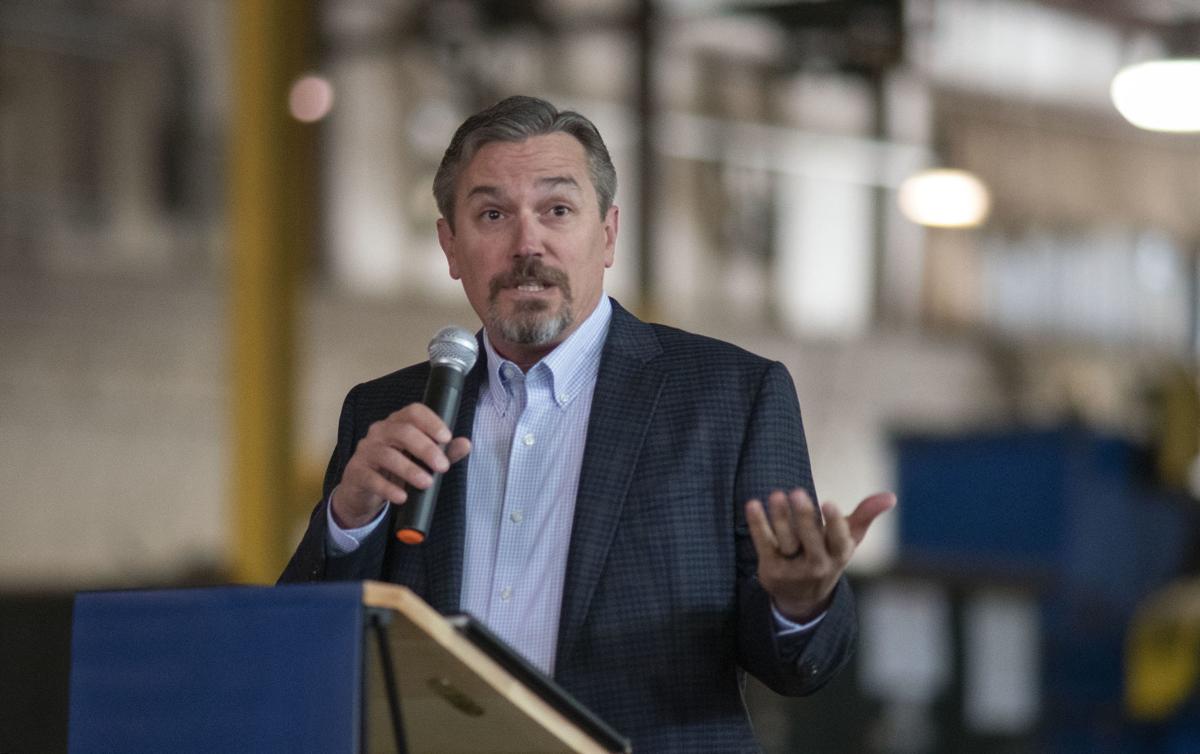 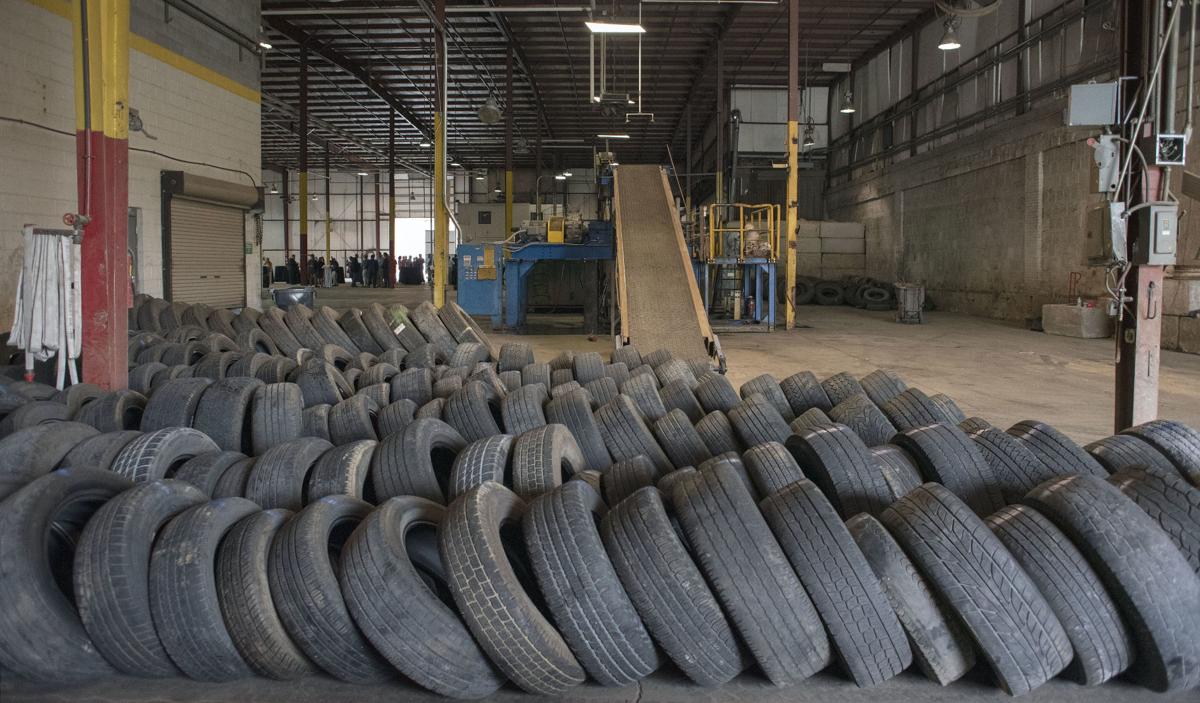 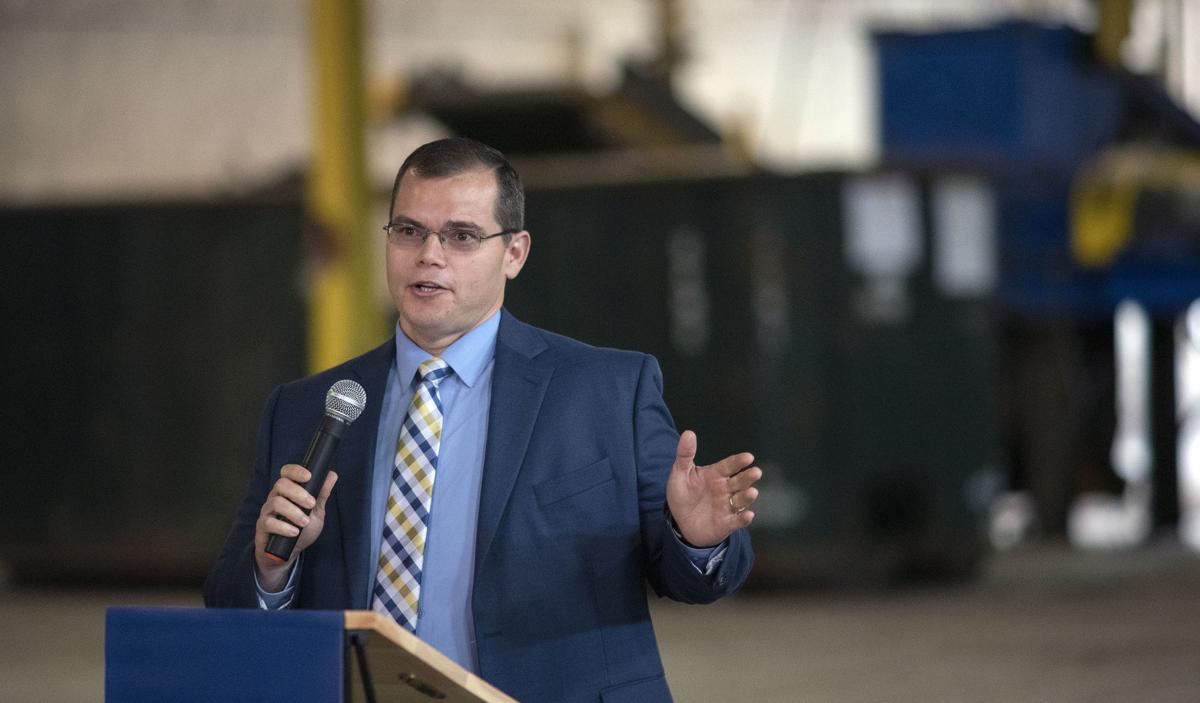 Jeff Hurst, Virginia Department of Environmental Quality, talks about the hazardous waste cleanup and removal from 191 Williams St. so a new tire recycling facility could be opened.

Jeff Hurst, Virginia Department of Environmental Quality, talks about the hazardous waste cleanup and removal from 191 Williams St. so a new tire recycling facility could be opened.

On Thursday, Sanada — president of southern California wealth management firm Asset-Backed Lending Partners — held a grand opening ceremony for Leventura Group, a new tire recycling business at the site of a former recycling firm on Williams Street. The cavernous building was once filled with used tires.

Sanada’s company foreclosed on a loan by the site’s previous owner in January and has spent much of this year recycling more than 400,000 discarded tires and disposing of pallets and some hazardous waste.

“We didn’t actually intend to do that [recycle] but ended up doing it out of necessity,” Sanada said. “Once we created it we found out the same reason we created it is why the community needs it. We think it makes sense to keep it running.”

Sanada said they had no idea the tire mountain was so large until they got onto the property in January.

“There was about 410,000 tires on the site as well as assorted solid and liquid waste. All total, about 3,600 tons of waste. It took about five months of planning and four months of active work,” he said.

Leventura currently leases a tire shredding machine capable of shredding 1,000 tires an hour. The business is currently authorized to shred 20,000. Initially, the company will have about eight employees.

The site had been the subject of action by the Virginia Department of Environmental Quality.

“We did a number of compliance assistance opportunities with the former owner to try to get them back into compliance,” said Jeff Hurst, regional director of DEQ. “ADLP has done an amazing job. It was quite a daunting task. There were some things in here we weren’t aware of. … A lot of folks would have just walked but they really dug their heels in and made the most of it.”

They also disposed of tons of wooden pallets and improperly stored waste oil and solvents, which DEQ classifies as hazardous waste, Hurst said.

“I have been in Southwest Virginia for three years, and this was the worst site I’ve seen since I’ve been here,” Hurst said.

Having the site cleaned up and back in business is a big plus for the city, City Manager Randy Eads said.

“The city worked with Jerry and Andy [Pal] since January, when they took control of the property. We worked with them through DEQ. We’ve come out here and given them suggestions about what we’d like to see happen here, and they’ve been very receptive to all of our suggestions,” Eads said.

The entire site has about 100,000 square feet under roof, and Sanada said they hope to host other firms there.

“We have a whole lot of space here — much more than we’ll end up needing,” he said. “So we’re looking for other businesses that have a need for industrial space. We can also do build to suit if there are specific needs.”