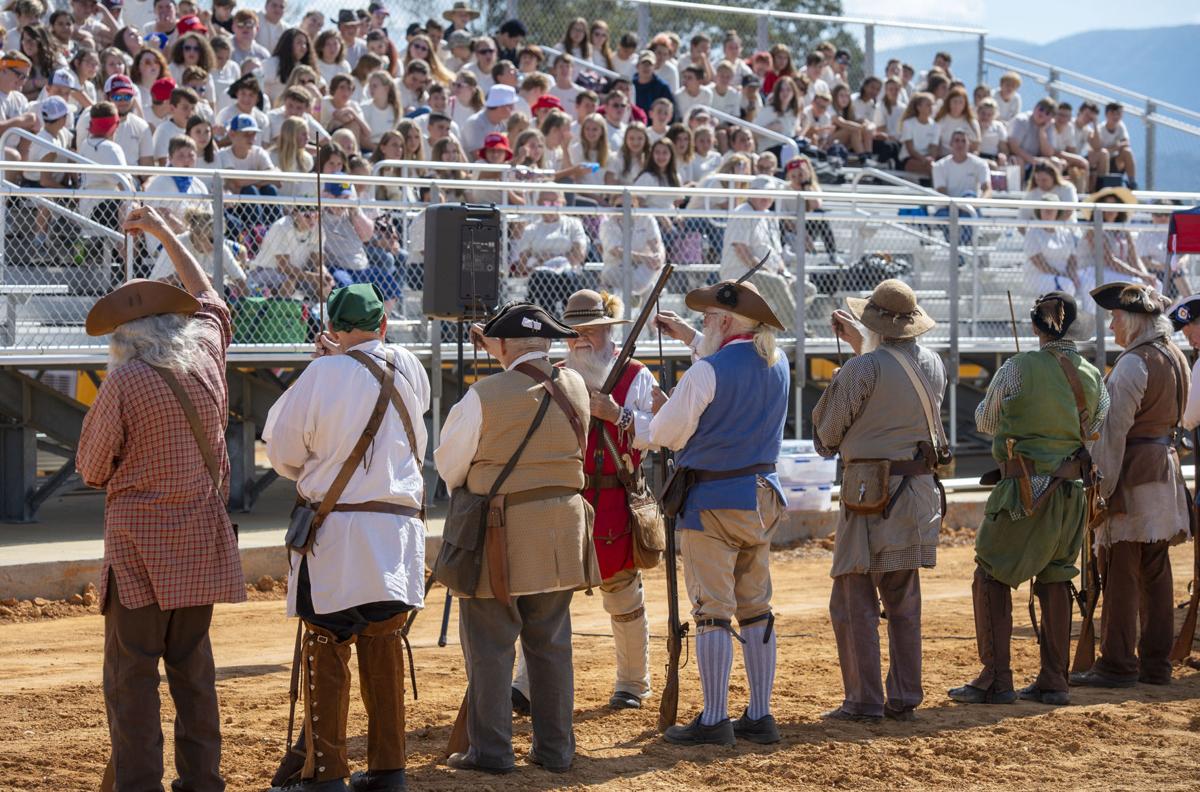 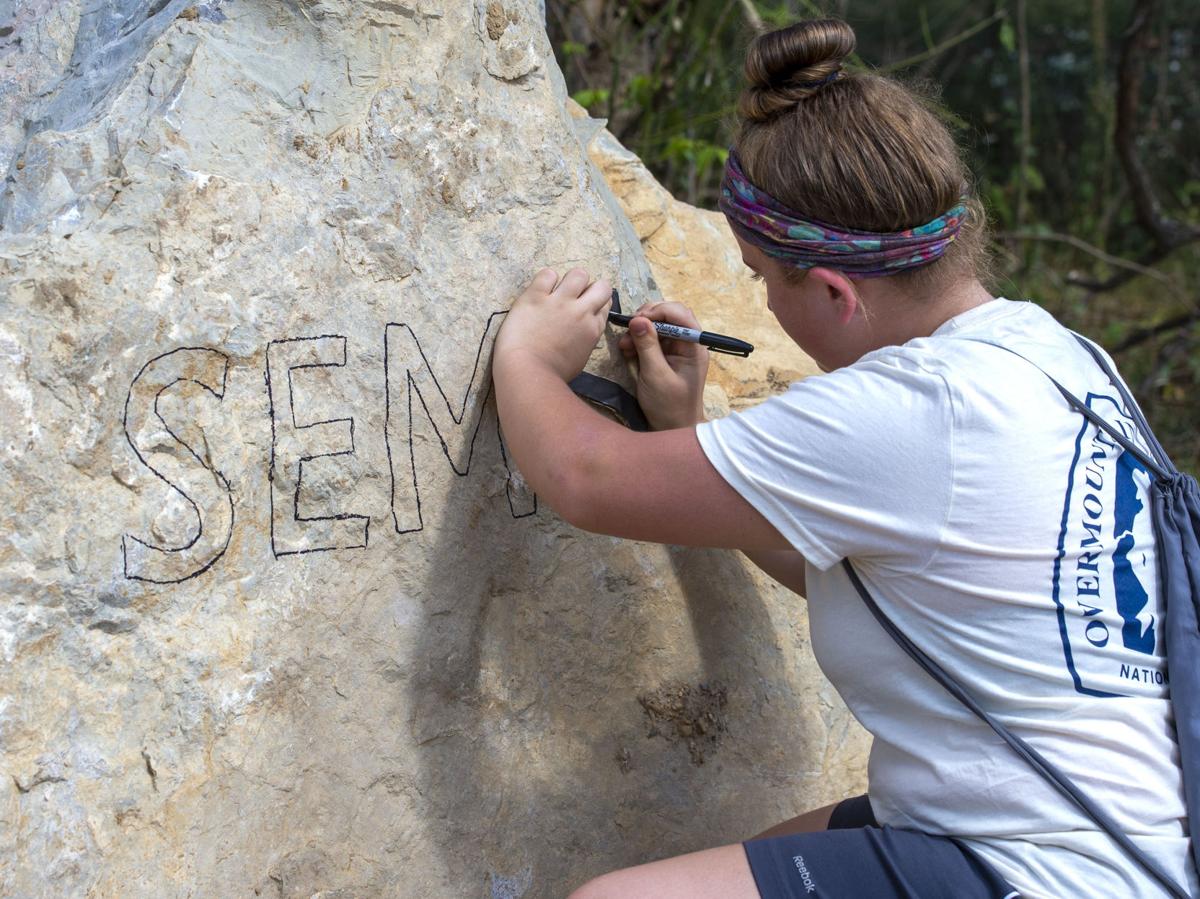 Eighth grader Christen Willis, of Mary Hughes School, uses a stencil to spell out the initials for the future Sullivan East Middle School on a rock that will be the entrance to Patriots Park. 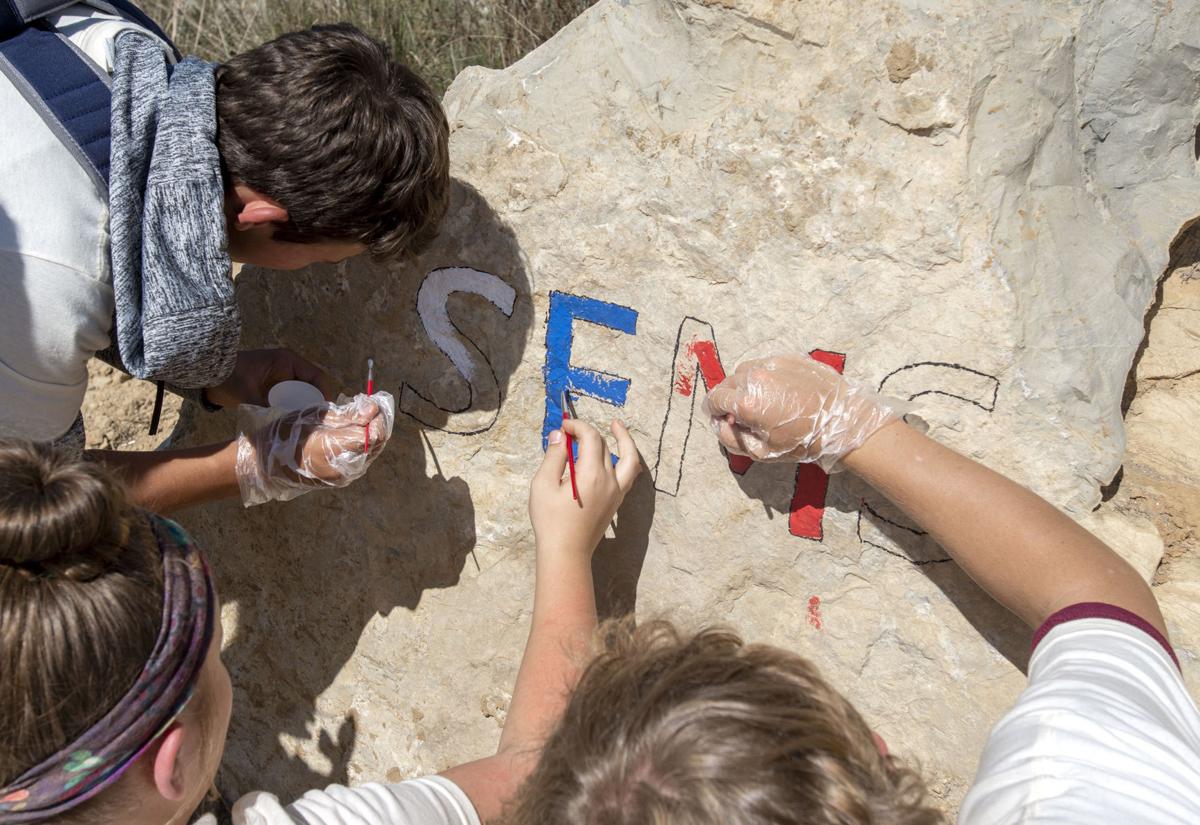 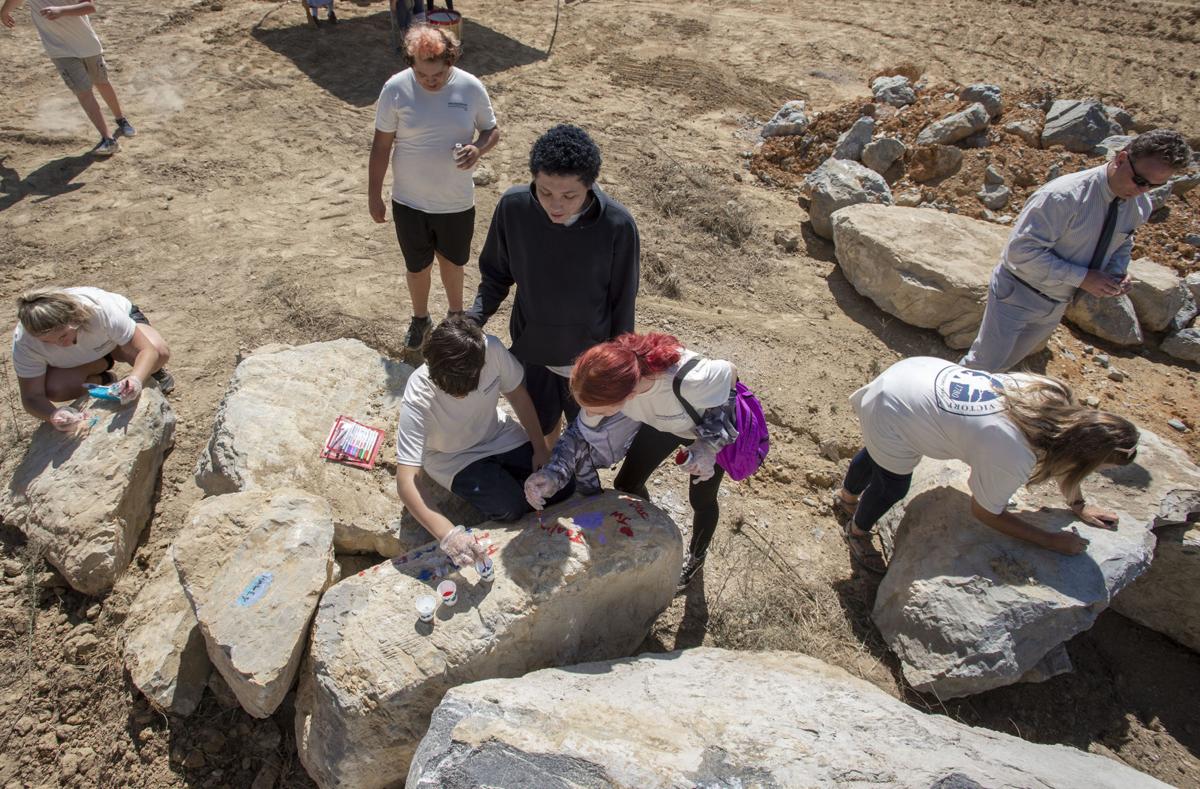 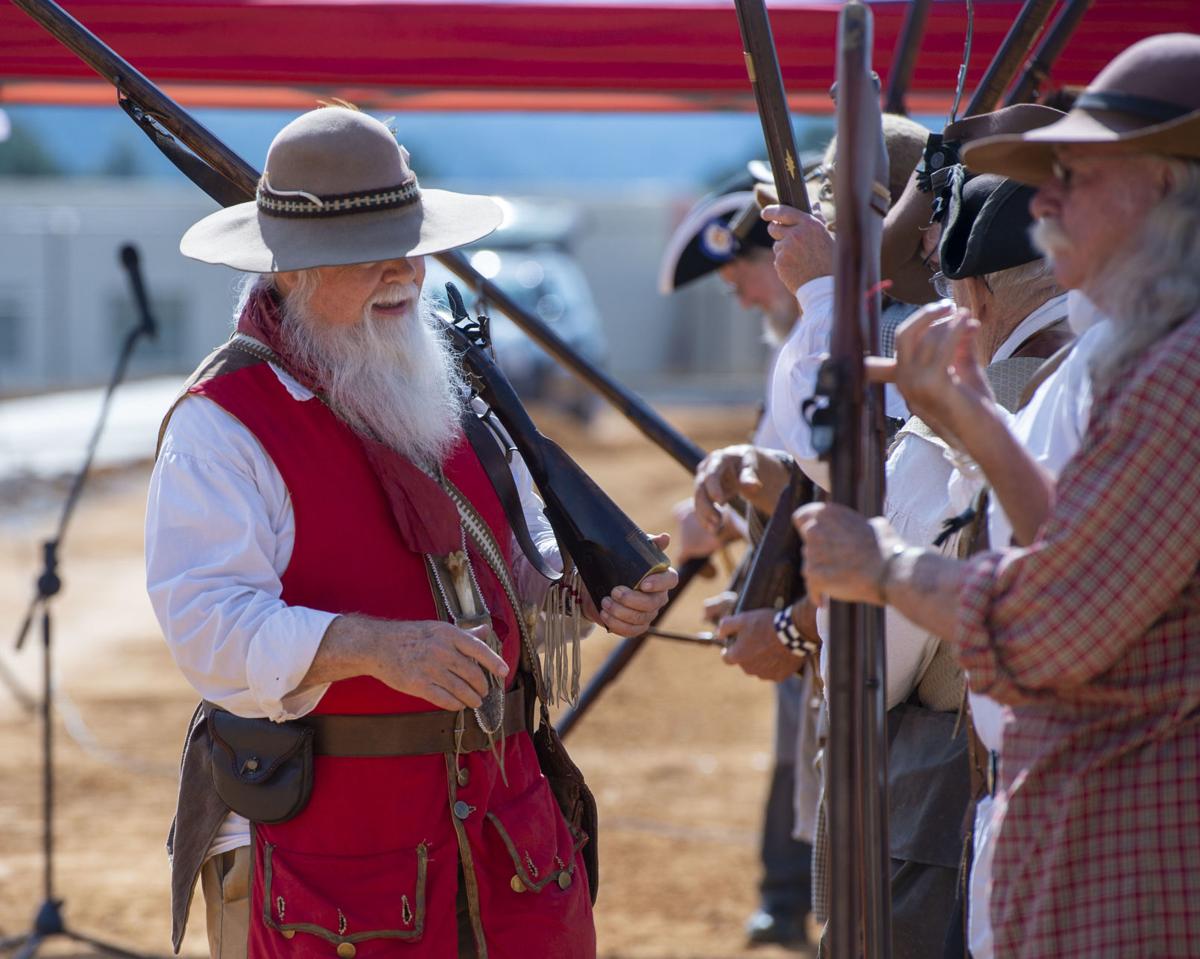 Eighth grader Christen Willis, of Mary Hughes School, uses a stencil to spell out the initials for the future Sullivan East Middle School on a rock that will be the entrance to Patriots Park.

BLUFF CITY, Tenn. — The first graduating class of Sullivan County’s future Sullivan East Middle School spent time Tuesday on the campus, which is still under construction, to learn about and take part in history.

The annual Overmountain Heritage Day was held there this year for Bluff City Middle, Mary Hughes School and Holston Valley Middle eighth graders in remembrance of the Overmountain Men — a group of more than 2,000 local patriots who fought against British forces in 1780 in the Battle of Kings Mountain. The battle is known as a pivotal moment in the end of the Revolutionary War.

Traditionally, the event is held at Bluff City Middle School and the re-enactors, who are members of the Overmountain Victory Trail Association, cross the river, but they were brought together this year on the site of the new school to celebrate its upcoming opening.

The Overmountain Victory National Historic Trail stretches 330 miles through Tennessee, Virginia, North Carolina and South Carolina and traces the route taken by the Overmountain Men. A section of the trail begins between East Middle’s baseball and softball fields and will lead to a 15-acre parcel of land where Patriots Park will be. The trailhead will be near Harrington Hollow Road.

Students got to paint and sign their names on two large rocks that will be left at the entrance to the park. Some used stencils to paint “Patriots Park” on one and “SEMS,” for Sullivan East Middle School, on the other.

Christen Willis, 13, said she thought it was “really cool” to get to participate and she’s excited to attend the school.

Willis is looking forward to being a member of East Middle’s band because it will be bigger, and she is excited about the park being on-site, she said.

The park will include a spiraling walking trail with a sundial in the middle, and along it there will be a pond, an observation deck, wetlands and an earthen amphitheater, which will be used as outdoor classrooms. There will also be public parking.

Ambre Torbett, Sullivan County’s director of planning and codes, said she hopes to dedicate a sign for the park next year; then work on it will begin.

A section called the Patriot’s Trail is planned along Weaver Pike Road to link East Middle, Sullivan East High School, Fort Womack off Silver Grove Road and the swinging foot bridge in Bluff City. It would include a path or tunnel under Weaver Pike Road near Harrington Hollow Road for students and the public to use.

“It’s going to be a place that we can all enjoy for the next 50 years and generations to come,” Sullivan County Board of Education Chairman Michael Hughes told the students. “You sit here today as students, but it won’t be that long that you’ll sit here as parents. I want you to take ownership of this property and this facility and take the next step and keep improving it; keep adding to it.”

National Park Service officials were also on-site to talk to students about the service.

East Middle is on schedule to open in January, when students return from holiday break, according to Hughes and Dineen West, with Cain Rash West Architects, the firm hired to design the schools in collaboration with LS3P Associates.