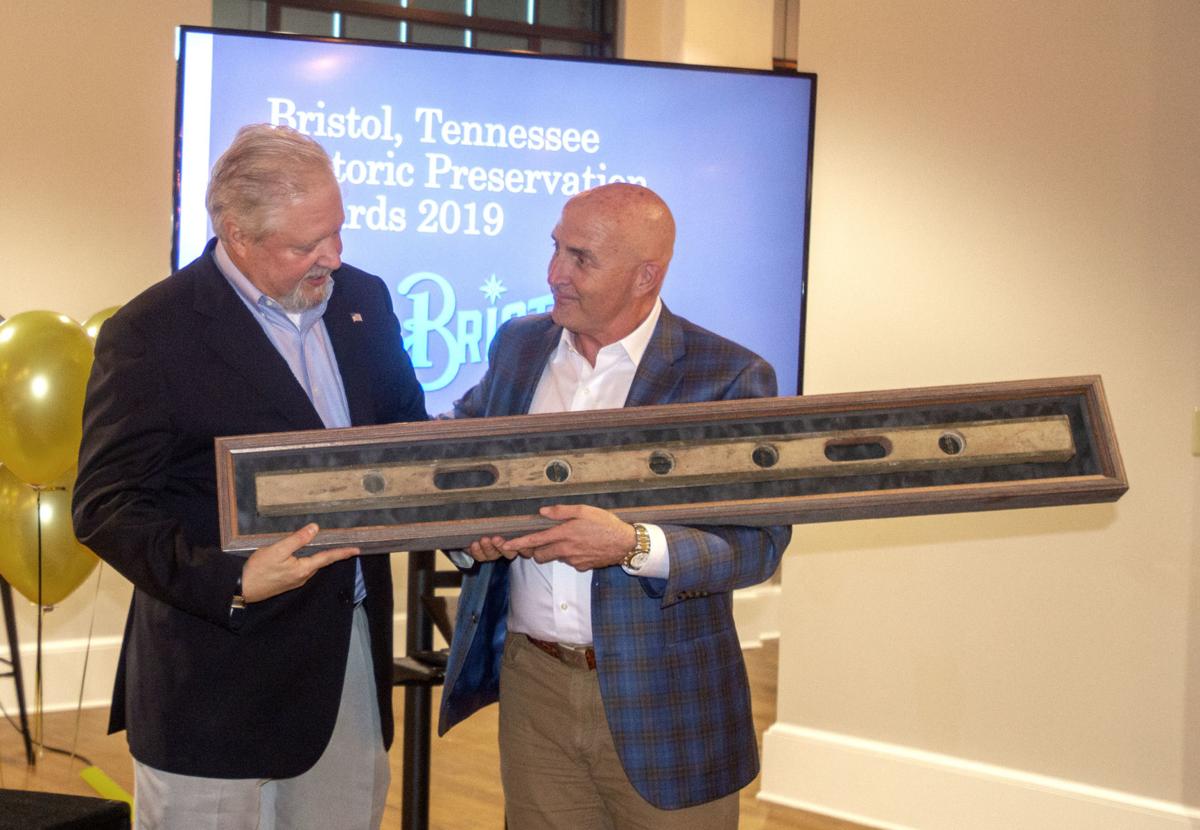 Bill Prince, president and CEO of BurWil Construction, presents Joseph Gregory a level that was found while renovations were being done at the EW King building. Gregory won the Bristol Tennessee Historic Preservation Stewardship Award for his work in Bristol during a ceremony on Thursday. 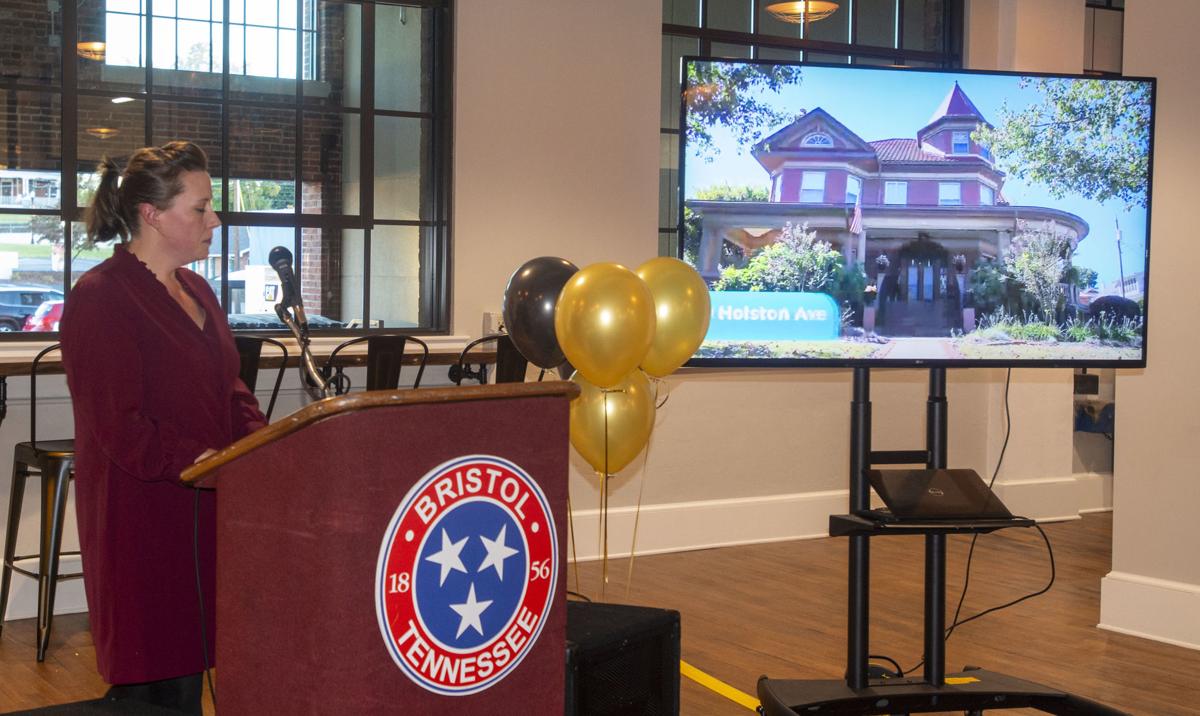 Bill Prince, president and CEO of BurWil Construction, presents Joseph Gregory a level that was found while renovations were being done at the EW King building. Gregory won the Bristol Tennessee Historic Preservation Stewardship Award for his work in Bristol during a ceremony on Thursday.

BRISTOL, Tenn. — Some of Bristol’s best examples of architecture from the late 19th century and early 20th century were on display at Bristol, Tennessee’s second annual Historic Preservation Awards Program on Thursday evening.

Roughly a dozen nominations were submitted for this year’s awards, and each was judged by a committee based on how well the exterior of the buildings were preserved through sensitive renovations, repairs and/or compatible building additions; the quality of the work; the positive impact the building has on the community; and the example it sets for other historic preservation projects in the city.

Nedra and Phil Hartley took home the Holston Avenue award for their Victorian Queen Anne-style home on Holston Avenue. They have been restoring the home for 10 years, and work is ongoing. The Fairmount award was given to Christa McClellan for her work restoring Lynwood Cottage, her 1917 American Arts & Crafts- style home on Lynwood Street.

Prior to the awards there was a ribbon-cutting ceremony for the Bristol Renaissance Center, built in 1920 as the E.W. King Building and is now a mix of retail and office spaces. The ribbon-cutting celebrated the move-in of its final tenant.