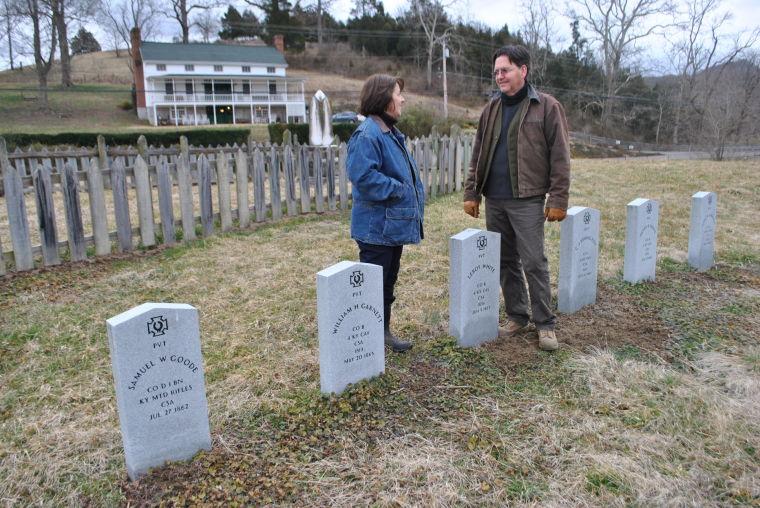 Judy and Bick Gibson stand among six gravestones of Confederate soldiers from Kentucky. The location of graves was determined by some visiting historians. 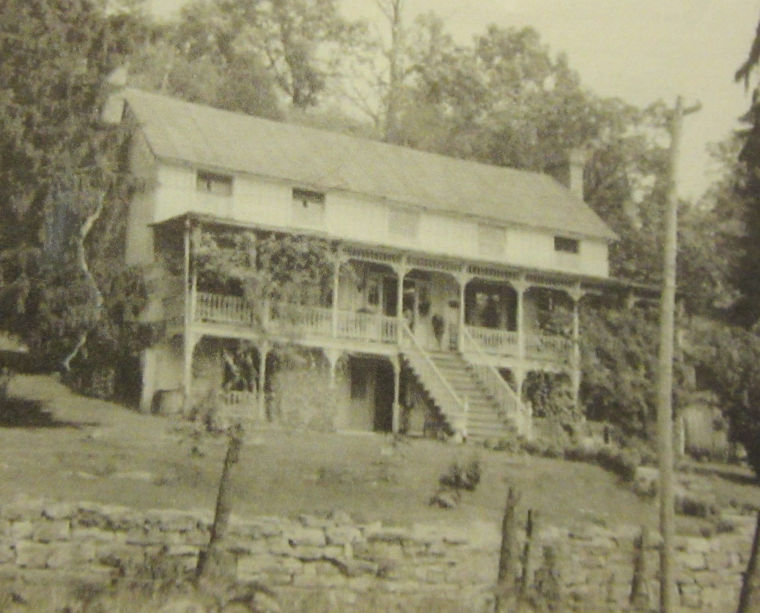 A vintage picture of the Gibsons' home shows how it looked about a century ago. 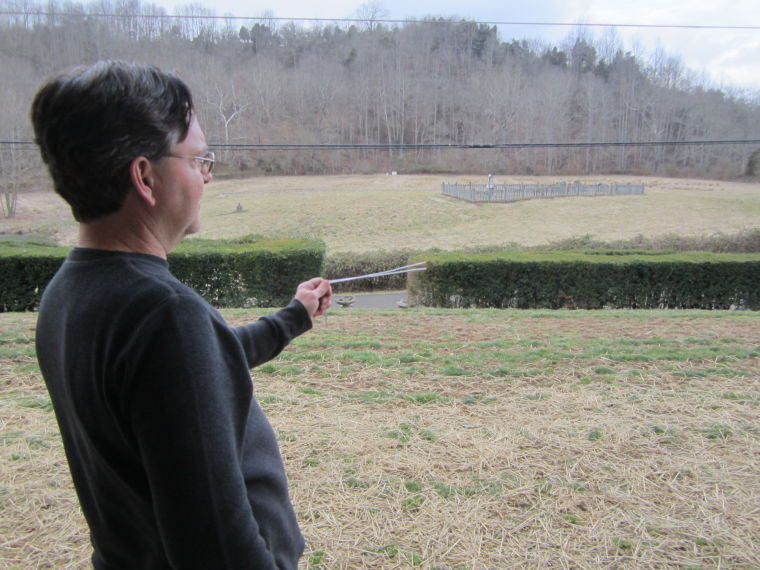 Bick Gibson shows off the kind of divining rods that were used to find the location of graves. 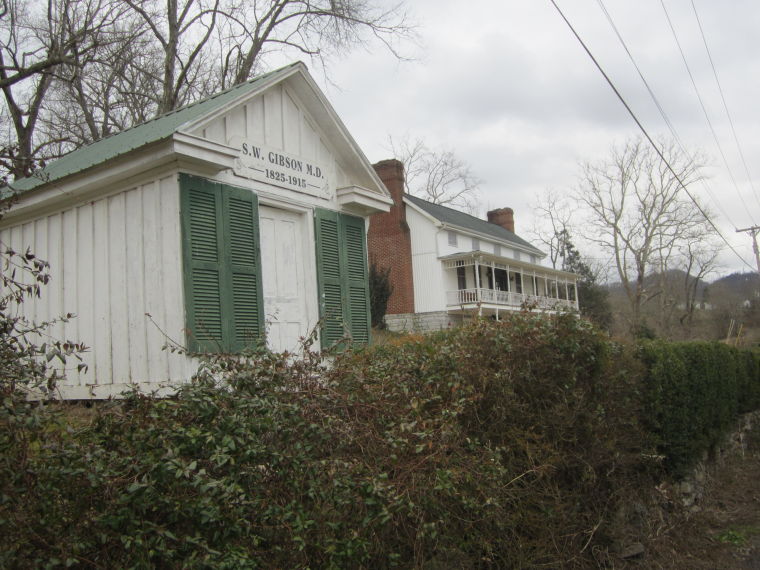 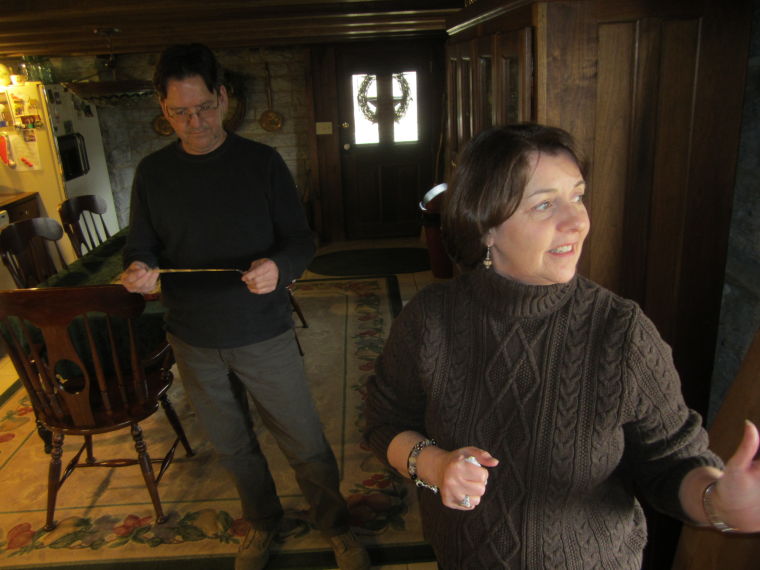 Bick Gibson, left, stands in the kitchen with his wife, Judy Gibson, at Castlewood, Va. 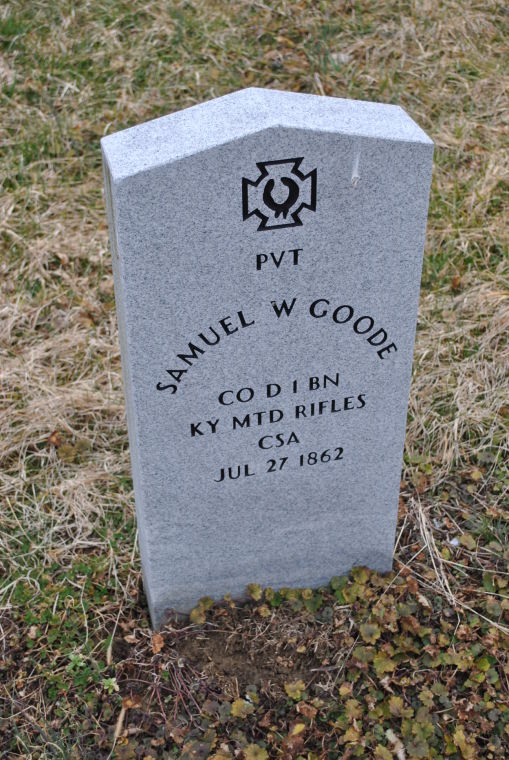 Samuel W. Goode is one of the soldiers honored with a recently installed grave stone on the Gibson family farm.

Judy and Bick Gibson stand among six gravestones of Confederate soldiers from Kentucky. The location of graves was determined by some visiting historians.

A vintage picture of the Gibsons' home shows how it looked about a century ago.

Bick Gibson shows off the kind of divining rods that were used to find the location of graves.

Bick Gibson, left, stands in the kitchen with his wife, Judy Gibson, at Castlewood, Va.

Samuel W. Goode is one of the soldiers honored with a recently installed grave stone on the Gibson family farm.

CASTLEWOOD, Va. - Imagine getting ready to go on vacation when, all of a sudden, a visitor shows up and says that you have lost graves on your lawn.

That's what happened to Bick and Judy Gibson, a couple of Castlewood, Va., residents who live in the Mud Hole Store section of Russell County, near Bickley Mills.

Some historians from Kentucky approached the Gibsons in 2010, saying dead Confederate soldiers lay on their property.

In the diary, contained in “Bluegrass Confederate,” it's mentioned the soldiers "were encamped at the Mud Hole store, and they crossed the Clinch River," Bick Gibson said.

That did happen here: As many as 800 soldiers camped out in the vicinity of what is now the 1863 home belonging to Bick and Judy Gibson and built for Bick's ancestors, Dr. Samuel Wesley Gibson and his wife, Harriet.

And, beneath the lawn, you'll find graves.

"All across the top of this knob are graves," Bick Gibson said, matter-of-factly.

Coming to Castlewood, the historians showed up with a list of Confederate dead from Kentucky, said Judy Gibson, who teaches special education at Castlewood Elementary School. "And they were trying to locate their graves. And they knew that they were probably buried near the doctor's office."

Later, with a ceremony, the historians would mark the graves of six soldiers presumed to be buried near what is now the Gibsons' barn.

"They felt like there was evidence of multiple graves over there," Judy Gibson said. "They set stones for six Kentucky Confederate dead. They placed them where they thought there were graves."

These Civil War re-enactors, said Bick Gibson, make it a point to "honor Confederate dead and put stones where they're buried."

The visitors used divining rods (or "dowsing rods") to try to determine the location of the graves.

Bick walked with the men and watched their divining rods in action. As those rods moved, the men said, "There's a body there, a man's there," Bick recalled. "And, every now and then, they would swing out, and they'd say, 'There's a woman here.' And then they would say, 'A man and a woman are buried here.'"

How many more bodies lie sleeping beneath the lawn?

"They say there's all kinds of people buried here, all over the top of this mountain," Bick Gibson said. "So, there's no telling."

But, there has been some talk across Castlewood, St. Paul and Virginia City about those six grave markers that were put in place not so long ago on the Gibson family farm in Russell County.

Once, the Gibsons recalled, a man from Louisiana paid a visit.

Bick figured this man just wanted to see the stones.

"What?" Bick returned. "Do you see a deer or something on the creek?"

"No," the man said. "There's a ghost of a soldier on the creek - watching. There are spirits or something on that hillside: a lost soldier's spirit. And, he's not found his way ...."

The stones on the lawn of the Gibson home in Russell County honor the graves of men who died in Castlewood during the Civil War during 1862, 1863 and 1864, including: