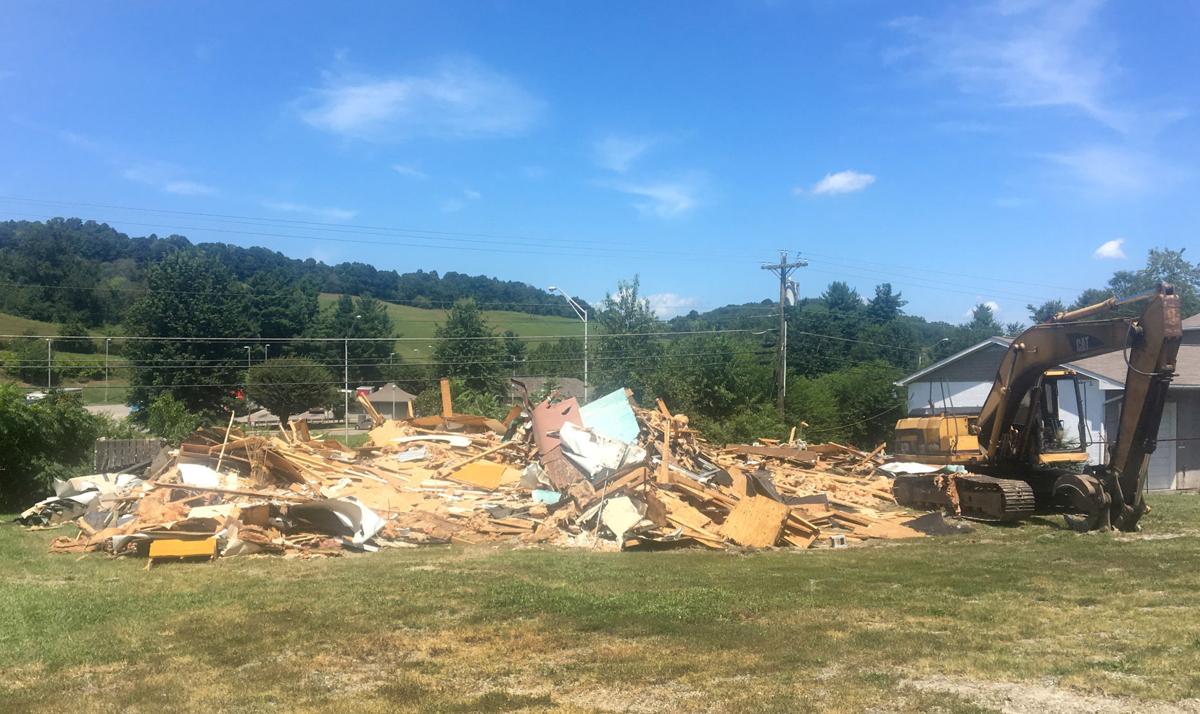 The landmark Grand Guitar building near Interstate 81 in Bristol, Tennessee, was demolished this week. 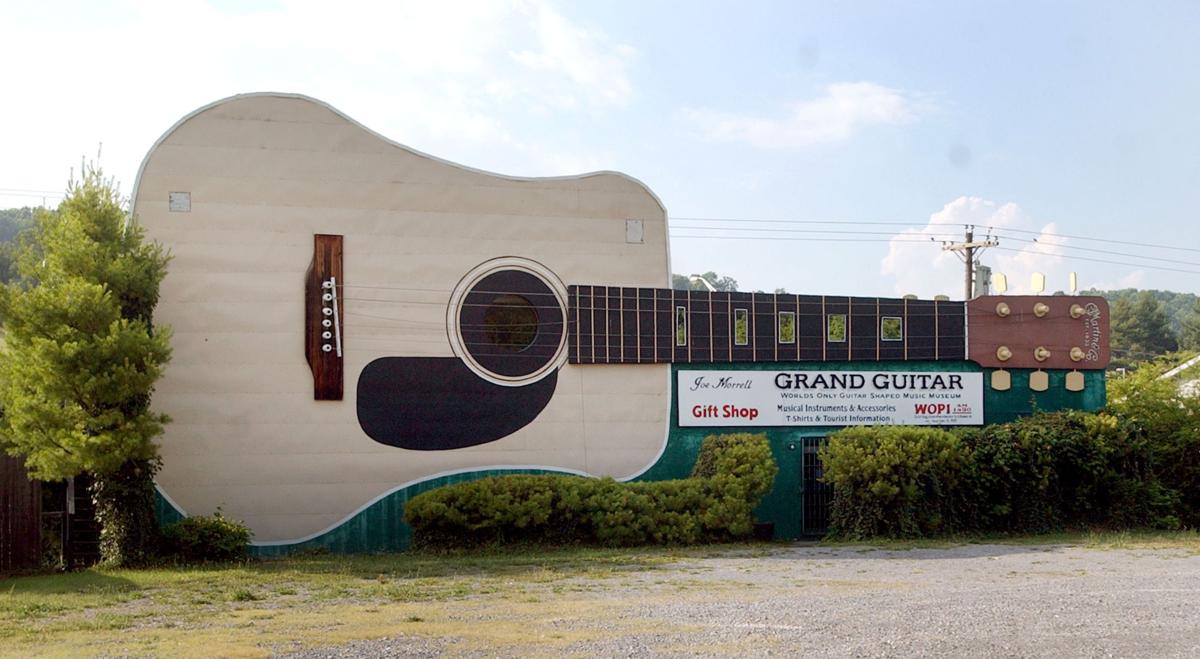 Bristol Grand Guitar as seen in the spring of 2003 when it was open as a museum. The landmark Grand Guitar building near Interstate 81 in Bristol, Tennessee, was demolished this week. 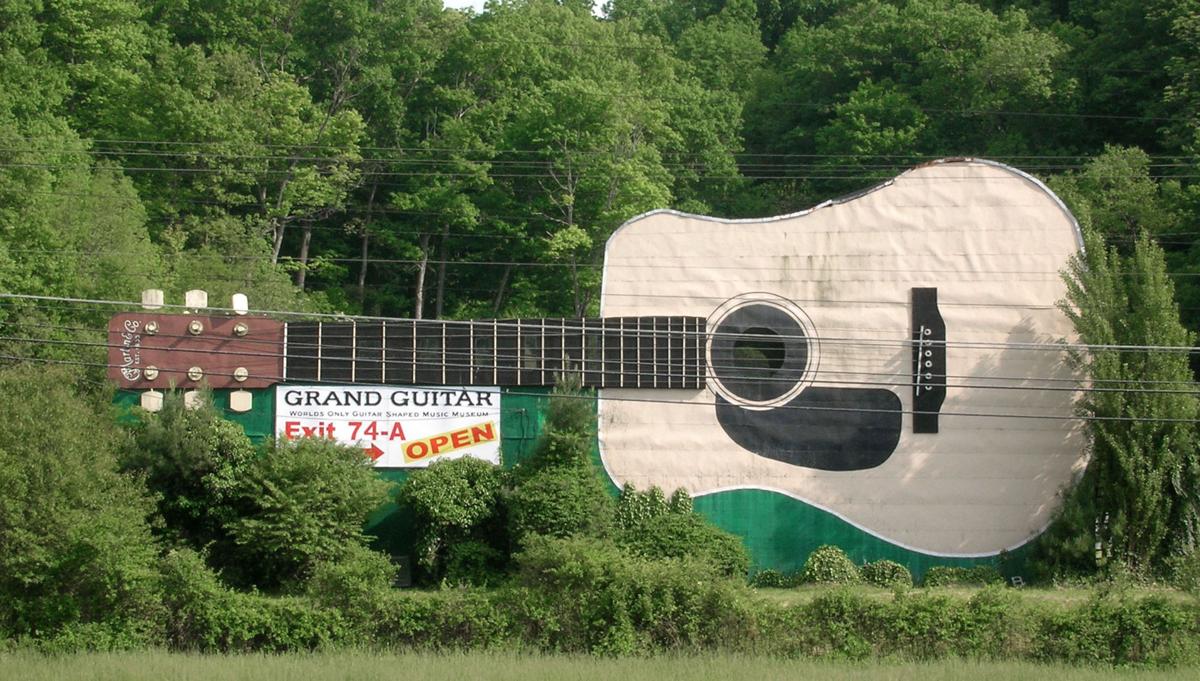 Bristol Grand Guitar in the summer of 2006. The landmark Grand Guitar building near Interstate 81 in Bristol, Tennessee, was demolished this week.

BRISTOL, Tenn. — The Grand Guitar, a once iconic landmark near Interstate 81 in Bristol, has been demolished.

Local developer Steve Johnson, who purchased the building in 2014 with original plans to restore the building, said he decided to demolish the Grand Guitar at the former owner’s request.

“Her father built it,” Johnson told the Bristol Herald Courier. “I have no immediate plans for the site.”

Joe Morrell, a Bristol musician who owned Morrell’s Music, constructed the guitar-shaped building in the early 1980s. It opened in May 1983 as a museum, store, recording studio and roadside attraction along U.S. Highway 11W.

The two- and three-story, 70-foot long replica of a Martin Dreadnought guitar was clad in metal over a wood frame and rested on a concrete block foundation, according to a 2014 listing in the National Register of Historic Places.

Inside, the guitar was divided into museum space on the second floor, offices on the third floor and a radio station and recording studio on the first floor, the listing states.

Morrell wanted the building to be the gateway to Bristol, considered as the “Birthplace of Country Music.” Morrell had been collecting instruments for many years and exhibited the 200 items in his collection in the Grand Guitar. Admission was free.

Newspapers and magazines throughout the world reported on the opening of the “world’s only guitar-shaped music museum.”

Morrell kept the Grand Guitar museum and shop open until his death in 2006.

When Johnson, who owns the nearby Pinnacle commercial development, bought the Grand Guitar, he said, “Purchasing the Grand Guitar was a way for us to honor the city’s musical roots, and although we don’t have final development plans yet, we intend to restore it to the iconic piece of Americana it deserves.”

After demolishing the building last week, however, Johnson said the building had been beyond repair and was not structurally sound. He added that it was “dilapidated, crumbling, graffiti filled” and had structural issues.

“Not sure exactly what we will do or when, but no matter what, it had to go,” Johnson said. “It was becoming a huge liability and eyesore. We likely will do something very cool along 81 at some point that will be a far superior replacement.”

Johnson added that Morrell’s music memorabilia had long been removed from the structure. Before it was torn down, Johnson said some old pictures and other items were also taken out.

Many local residents, including Tim Buchanan with the Bristol Historical Association, have remarked about the loss of the roadside landmark.

“It was Joe Morrell’s dream to have the world’s largest guitar shaped museum/building,” Buchanan said. “Maybe he accomplished it. It probably had its best days decades ago, but it was a well known roadside attraction and sad to see it go.”

Buchanan added that with recent development along U.S. Highway 11W in the western end of Bristol, the site would have been a “great location for a visitor’s center.”

“I know more than most of the expense of restoring and keeping property up,” Buchanan said. “It would be an attraction and would be an immediate draw, but there would have to be a way for it to be self supporting.”

The historian said that with the closure of the Appalachian Culture Music Museum in Kingsport, the site could have been a good location to return the organization to Bristol.

“It was in terrible shape I understand, and the property was probably worth more for commercial development than a tourist attraction,” Buchanan said.

The Grand Guitar was considered mimetic architecture, which is characterized by unusual building designs that mimic the purpose or function of the building, or the product it is associated with. Other examples include the Longaberger Company’s giant basket building in Ohio and more locally, the giant hamburger, hot dogs, drinks and fries on top of Pal’s Sudden Service restaurants.

What do you think about the Grand Guitar building being demolished?