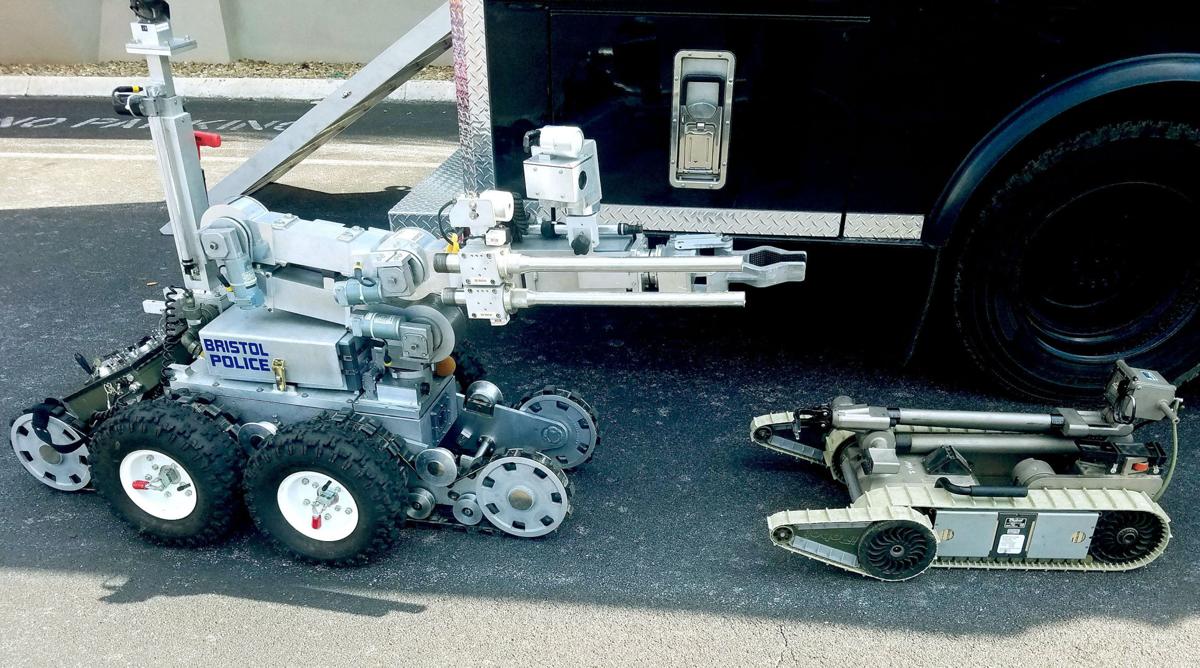 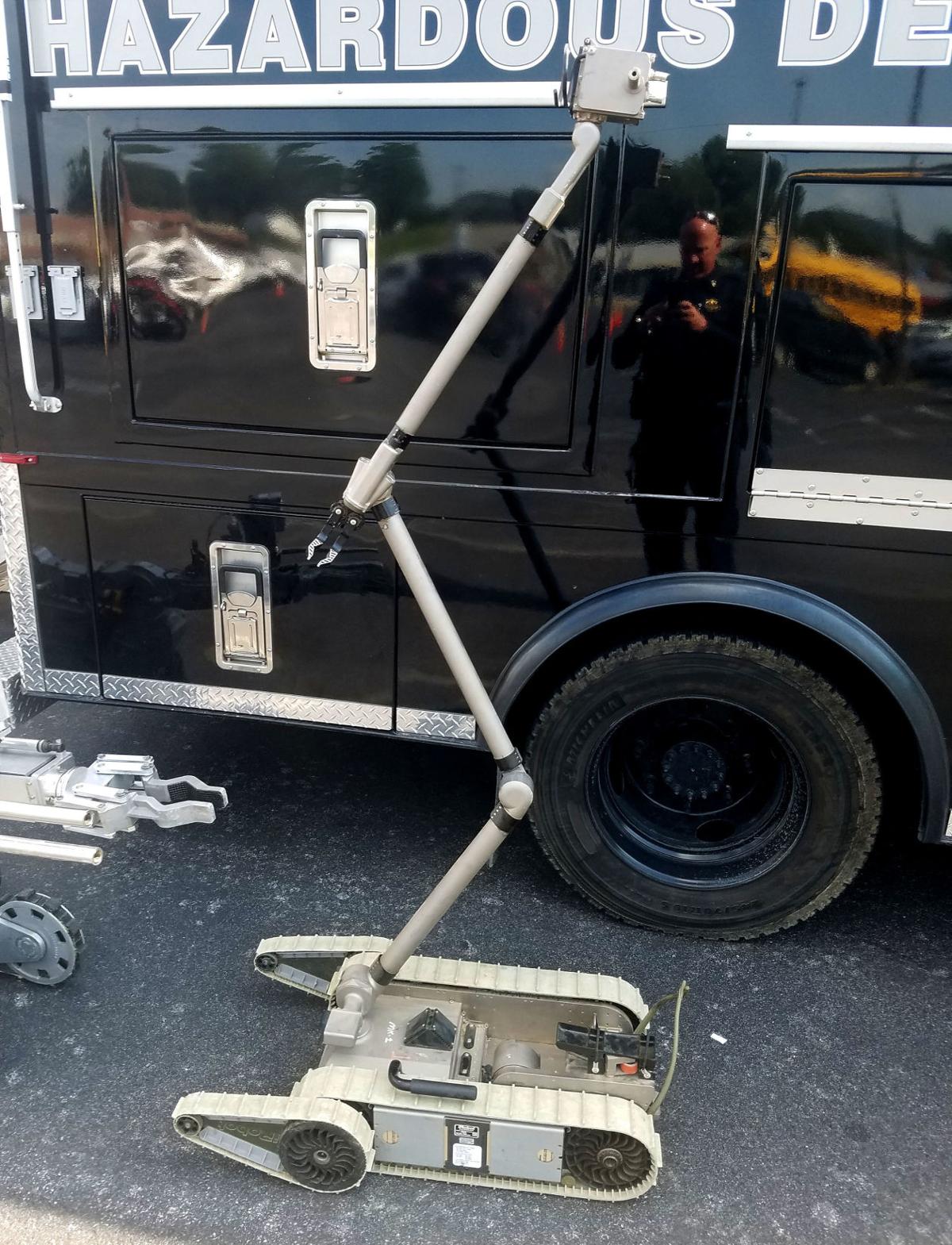 Capt. Terry Johnson in Bristol said the city had been looking for an economical way to add a second, smaller robot to assist in bomb disposal and SWAT team efforts.

During the search, the city’s Hazardous Devices Unit, more commonly known as the bomb squad, sought feedback from members of the Johnson City Explosive Ordnance Disposal Team about their PackBot robot, Johnson said.

“[BTPD Lt. Brian Hess] said they had a difficult time getting the Bristol robot in the suspect’s house due to cramped conditions,” Turner said.

Upon learning about Bristol’s needs, Turner offered to transfer one of their robots to Bristol under the federal program’s guidelines, the chief said.

“This transfer of equipment gave the Bristol Police Department EOD Unit the smaller robot they needed and saved them the expense of purchasing one,” Turner said.

Johnson added that Bristol police were thankful for the JCPD’s assistance.

The transfer was done at no cost to the city of Bristol. Johnson said the reconnaissance robot would have cost the city about $100,000. It will also ensure greater longevity for the larger, primary bomb disposal robot, he added.

Johnson told the Bristol Herald Courier that the new robot has a camera and a claw. It can be deployed much faster and saves wear and tear on the older robot, which has been used to “disrupt” devices.

“These are used from overseas,” Johnson said. “The military used them for the same thing, and once they ramped down overseas, these become surplus. It’s a big win for the local taxpayers in that we got a robot in great condition, and [it] cost us nothing locally.”

The PackBot robots have been used for a couple of decades overseas and at home. The military has used them in Afghanistan and Iraq, and they were also used at Ground Zero following the Sept. 11, 2001, terrorist attacks. Today, law enforcement agencies around the country use the machines for bomb disposal and other needs.

The JCPD continues to have two robots for use in special operations, Turner said. One is similar to the robot transferred to Bristol.

“If Bristol, Tennessee, is a safer community because it received the surplus military robot, then our region as a whole is safer,” Turner said. “Chief [Blaine] Wade has always made resources his department possesses available to the Johnson City Police Department when we had a need, as have all the other law enforcement agencies in the region.”