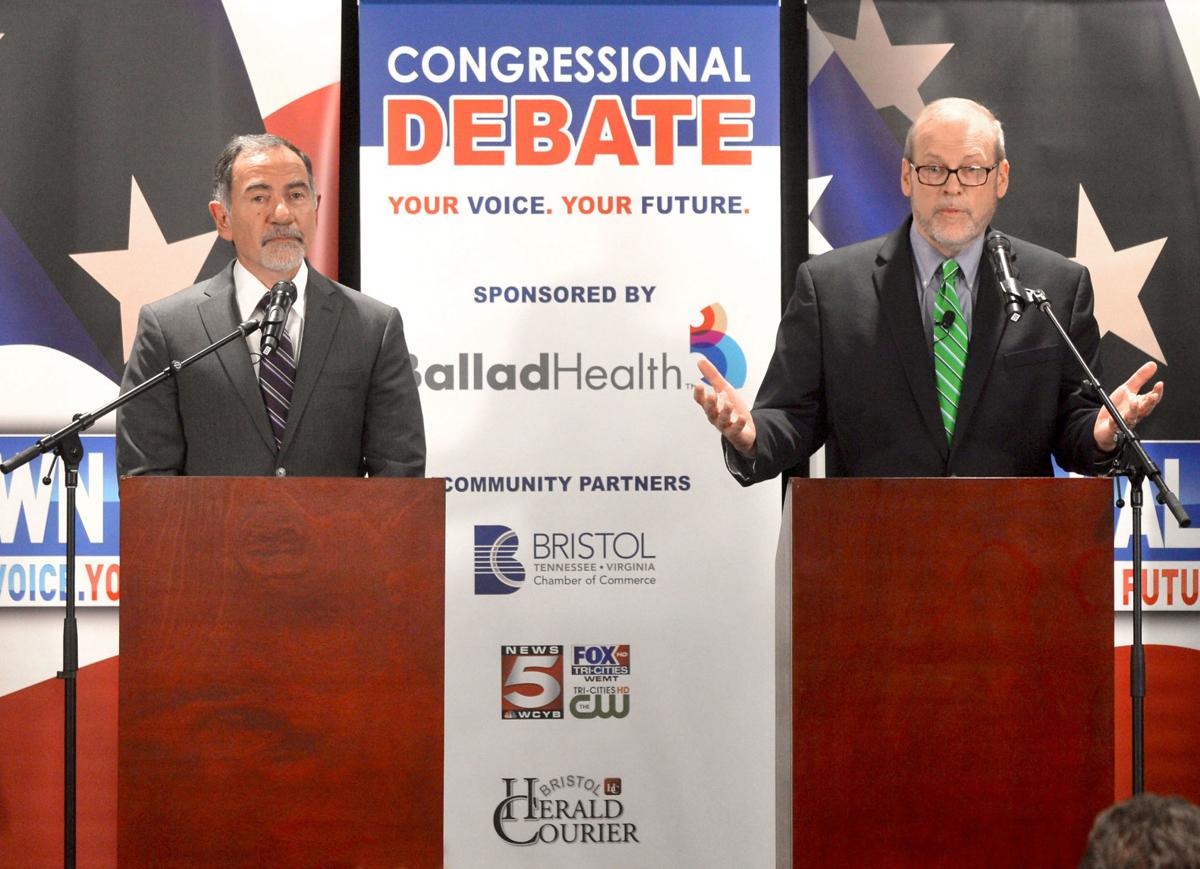 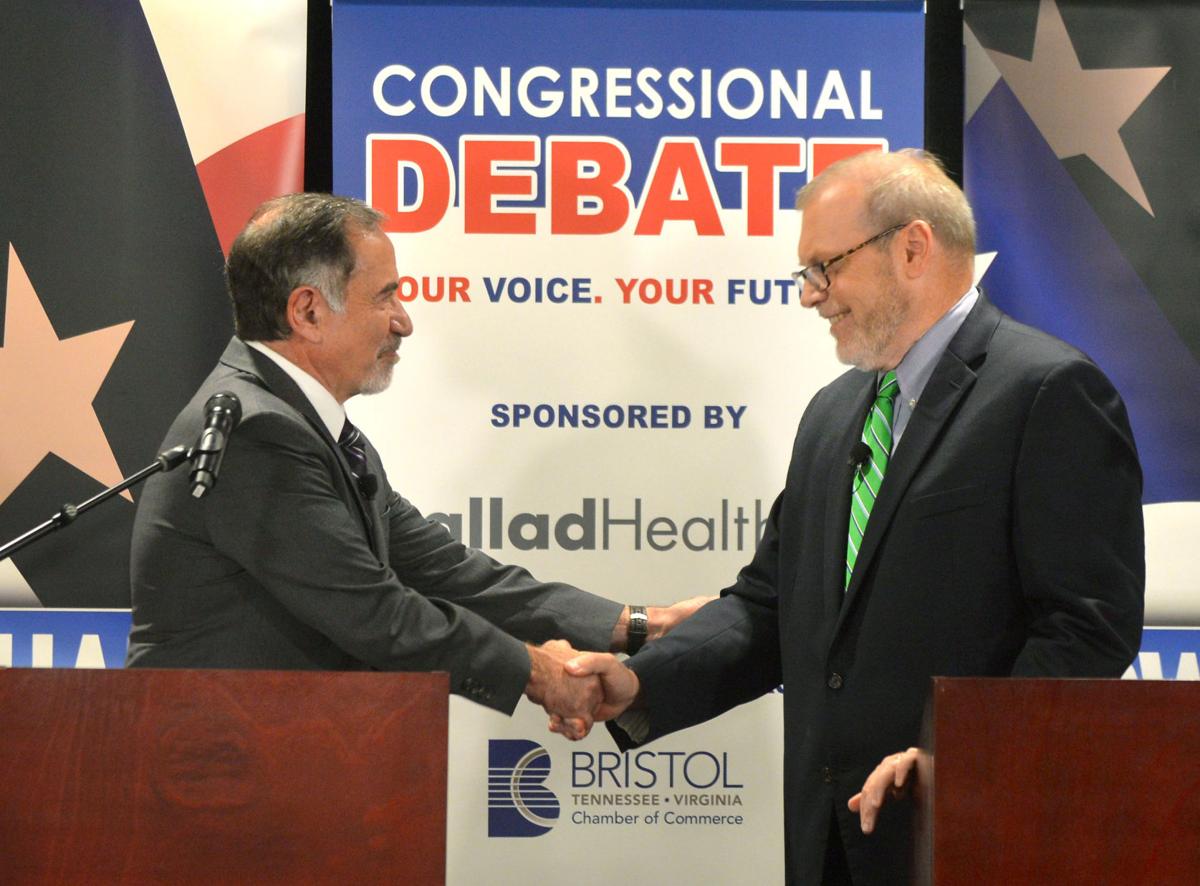 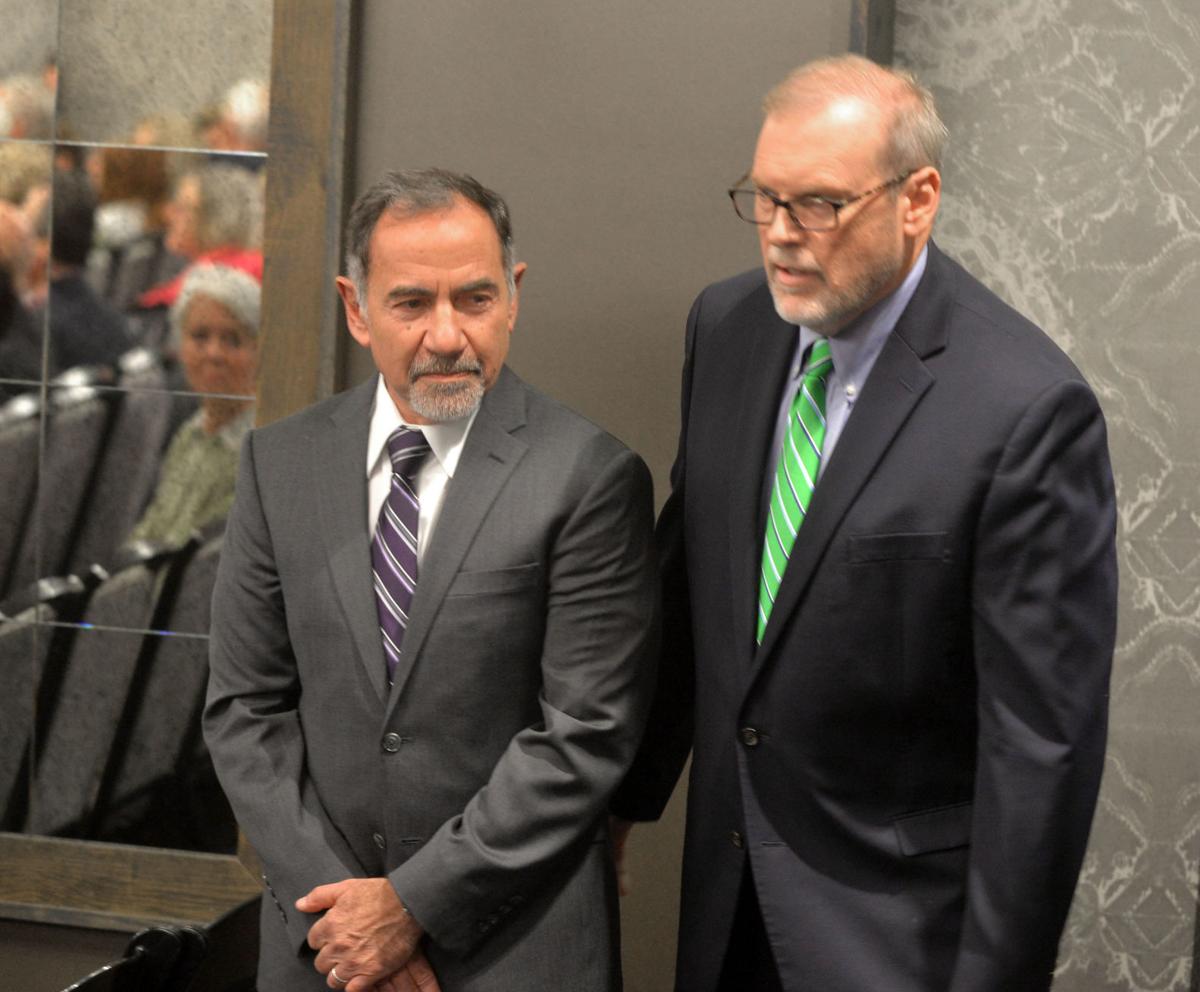 9th District Congressman Morgan Griffith (R-Va.), right, and challenger Anthony Flaccavento make their way into the room for their debate on Thursday night in Bristol, Virginia. 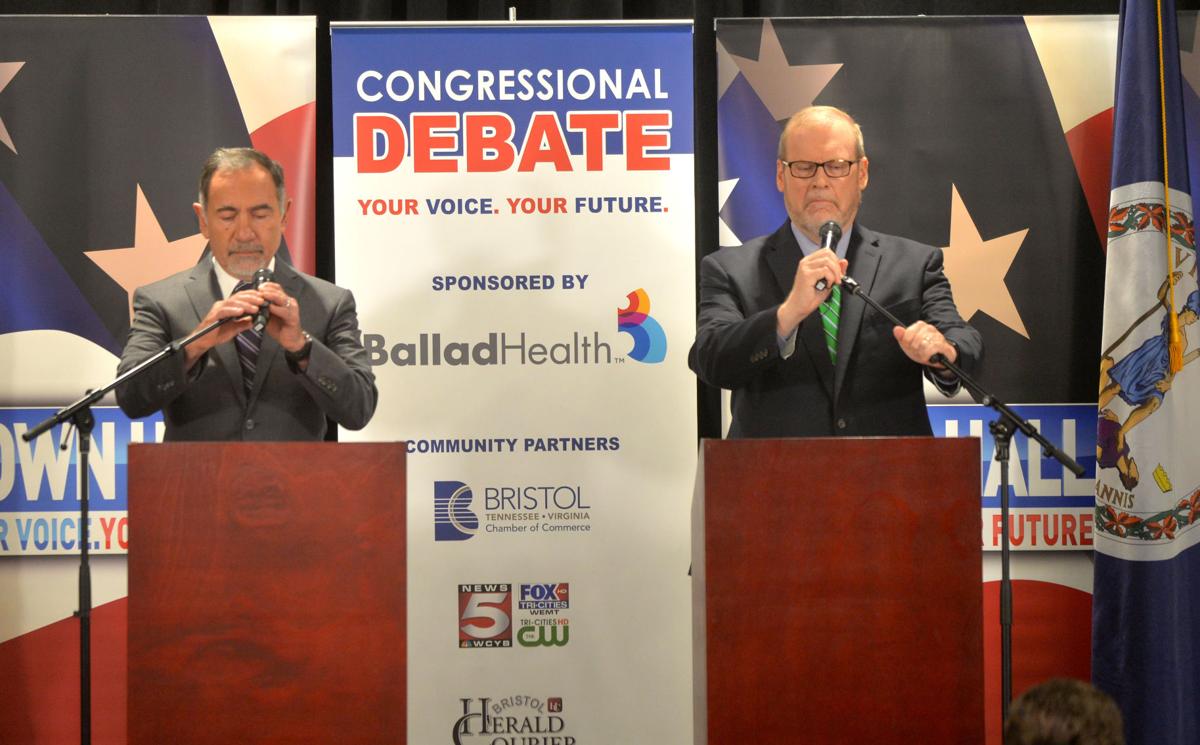 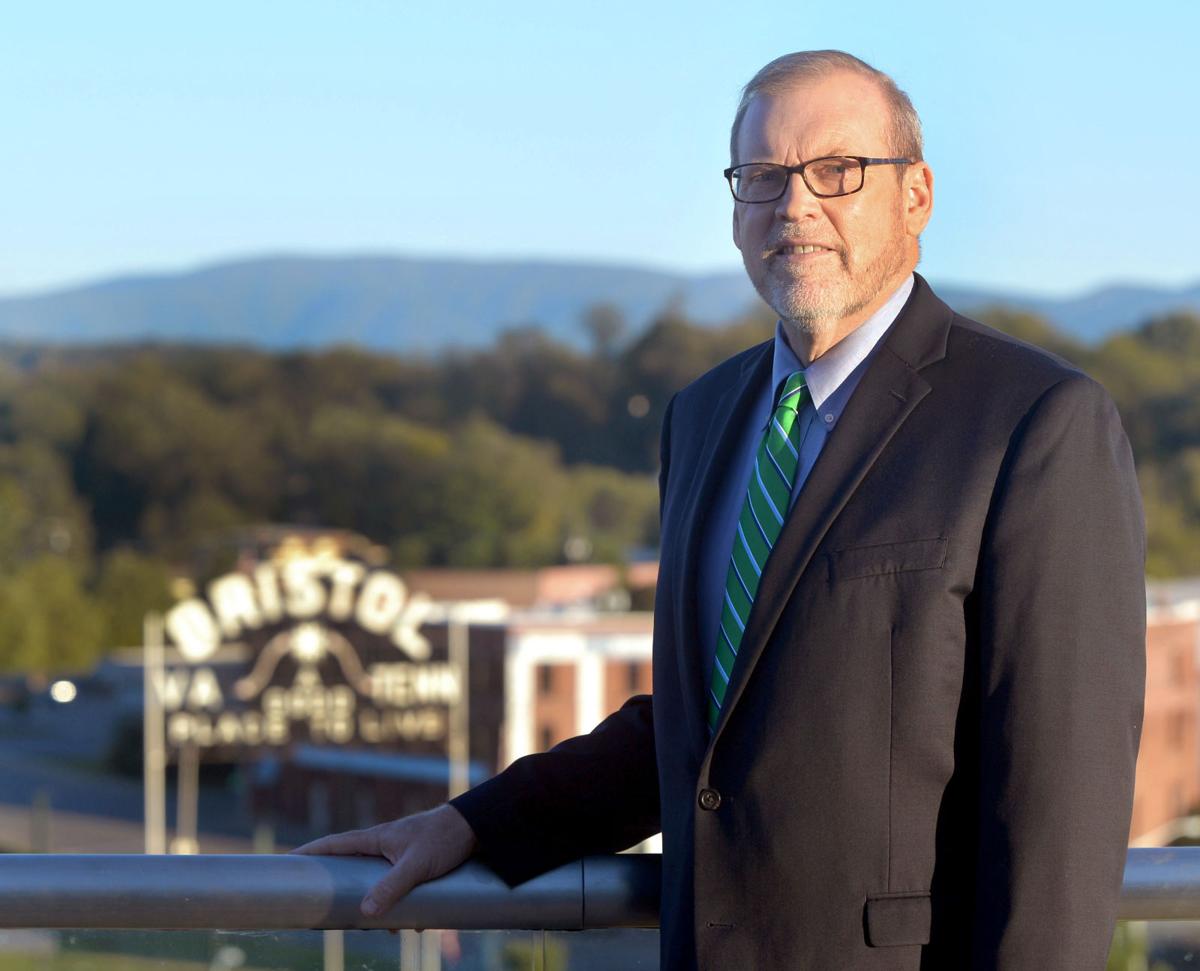 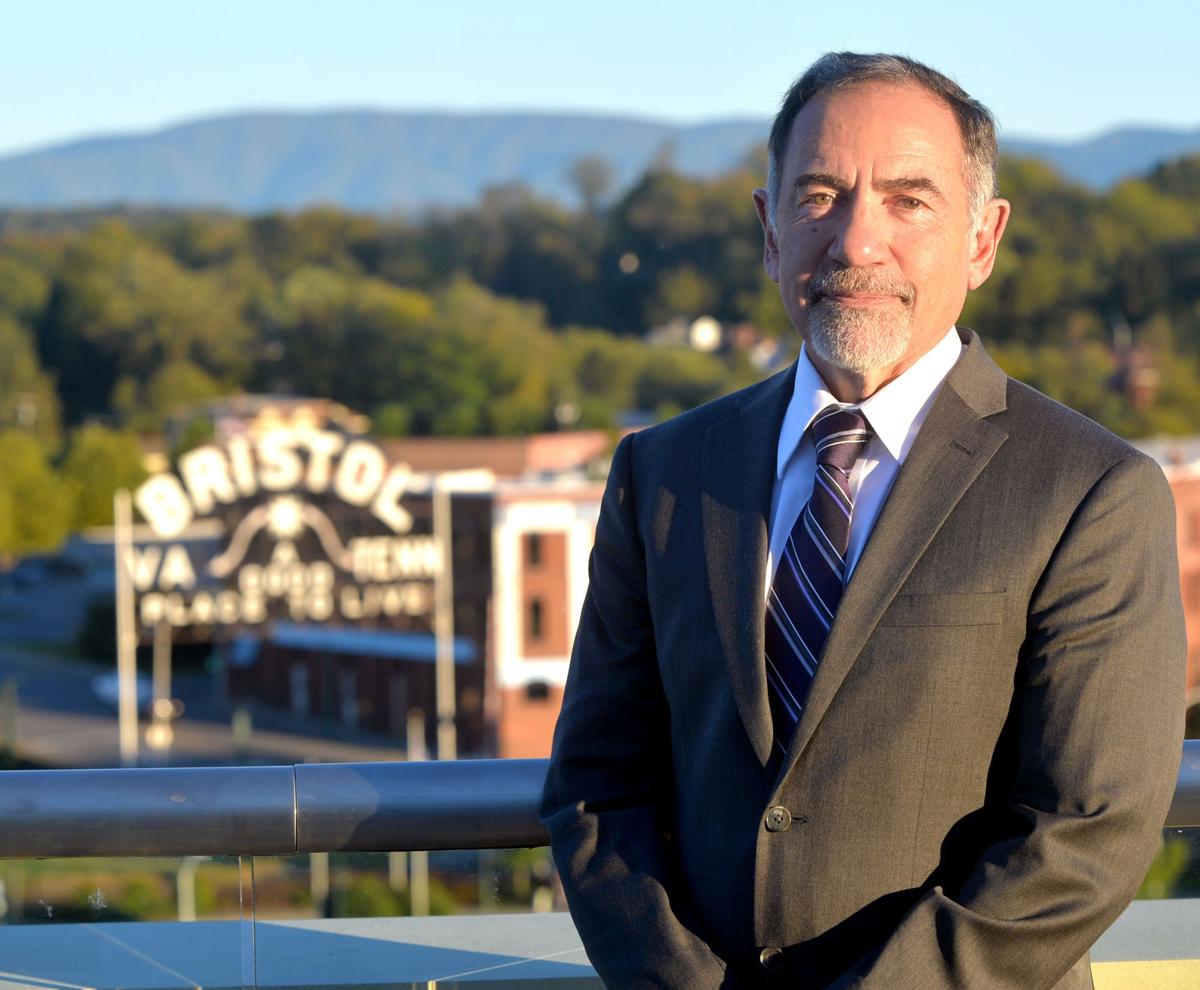 Anthony Flaccavento is running against Congressman Morgan Griffith in the 9th District of Virginia. 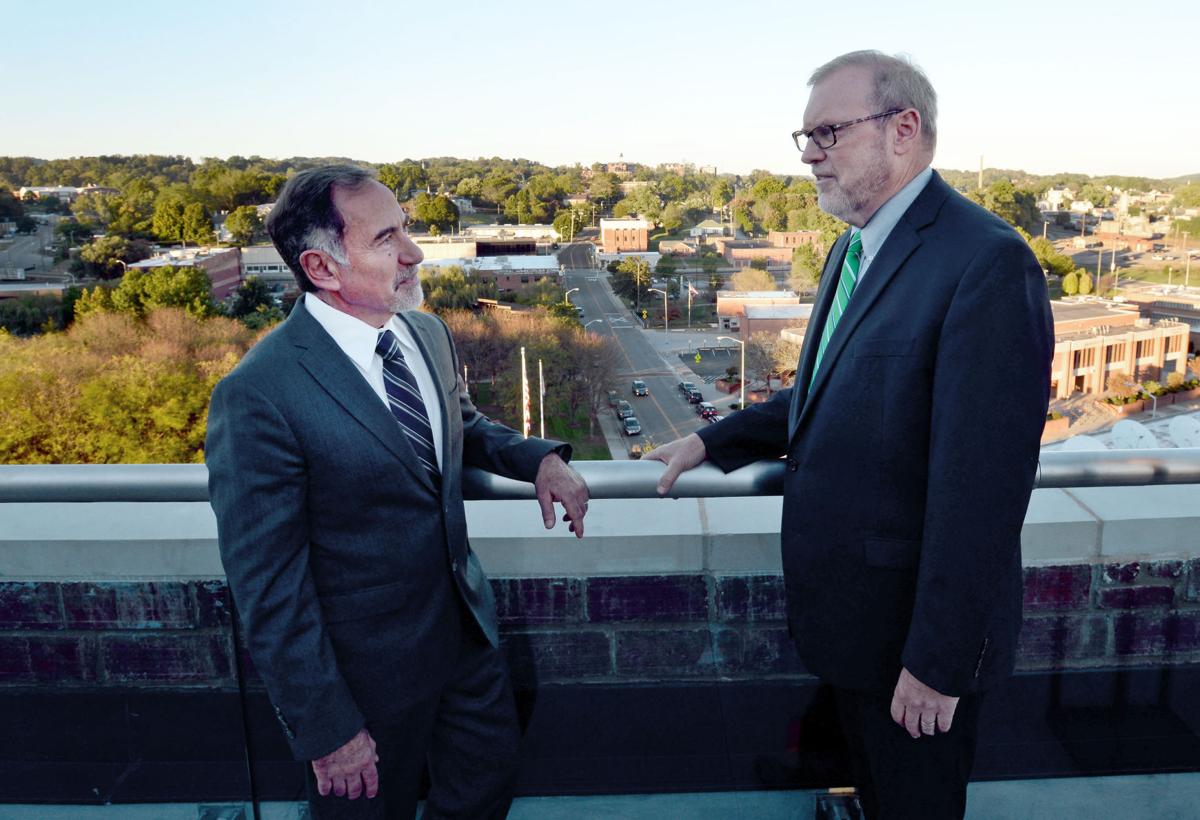 Anthony Flaccavento, left, and Congressman Morgan Griffith, right, talk before their debate at The Bristol Hotel on Thursday night.

9th District Congressman Morgan Griffith (R-Va.), right, and challenger Anthony Flaccavento make their way into the room for their debate on Thursday night in Bristol, Virginia.

Anthony Flaccavento is running against Congressman Morgan Griffith in the 9th District of Virginia.

Anthony Flaccavento, left, and Congressman Morgan Griffith, right, talk before their debate at The Bristol Hotel on Thursday night.

When it comes to overall money raised in Virginia’s 9th District congressional race, U.S. Rep. Morgan Griffith leads Democratic challenger Anthony Flaccavento by almost $200,000, but Flaccavento comes out on top when it comes to individual donors.

Overall, nearly 97 percent of money raised by Flaccavento came from individual donors. And of the itemized individual contributions, 69 percent came from donors in Virginia.

The latest campaign contribution data from the Federal Election Commission released Sept. 30 shows that Griffith, R-Salem, has raised a total of $1,013,640, while Flaccavento, a farmer from Abingdon, has raised $819,486.

Though Flaccavento lost, he raised about $900,000 less than Griffith that year. But fundraising for this year’s midterms has been different in many ways.

In 2012, a little more than half of the $1.4 million Griffith received in contributions were from individual donors, while 46 percent came from political action committees or PACs. However, in the 2018 race, about $577,000, or 57 percent, came from PACs. Contributions from individuals account for about 42 percent of all money the incumbent has raised this year.

Flaccavento raised $480,091 during his 2012 campaign. But from June to September 2018 alone, his campaign raised more than half a million dollars. During the same period, Griffith raised less than a quarter of a million dollars. Very little of Flaccavento’s money comes from PACs, political party committees, or other non-individual donors.

Flaccavento has also stayed true to his pledge to receive no money from corporate PACs, but he has received money from some non-corporate PACs, such as WinDEM, which is a federally registered PAC. However, Thomas Ambrosini, director of communications for WinDEM, said the organization makes no contributions as an organization and instead acts as a bundler for individual donations to campaigns. Flaccavento’s campaign shared documents with the Bristol Herald Courier disclosing who the bundled donors were, which confirmed WinDEM’s statement. Flaccavento also received $5,000 from the Common Ground PAC, a leadership PAC sponsored by U.S. Sen. Tim Kaine, D-Va.

Note: Twenty-two of Griffith’s top contributors were PACs that each donated $10,000 to his campaign.

» Phyllis Garnett-Deakin, of Blacksburg, Virginia, a veterinarian at Well Petts: $5,400

» Donna Musgrave, of Salem, Virginia, a physician at Physicians to Women: $5,400

» Individual donor: A donor that is a person not a company, organization or committee.

» Leadership PAC: A PAC that is established, financed, maintained or controlled either directly or indirectly by a candidate or an individual holding federal office, but is not a part of his or her campaign committee or any other authorized committee and is not affiliated with any other candidate or an individual holding federal office’s authorized committee.

» Itemized contribution: A campaign contribution of $200 or more. The donor’s name, occupation, employer and ZIP code must be disclosed by the campaign that received the contribution.

» Unitemized contribution: A campaign contribution less than $200. These contributions can be summed up in one line item and individual donor information is not required to be disclosed.

Roe has clear lead in money raised, but challenger Olsen puts up fight

In Tennessee’s 1st congressional District, U.S. Rep. Phil Roe has a clear lead in the amount of money raised, but Democratic challenger Martin…