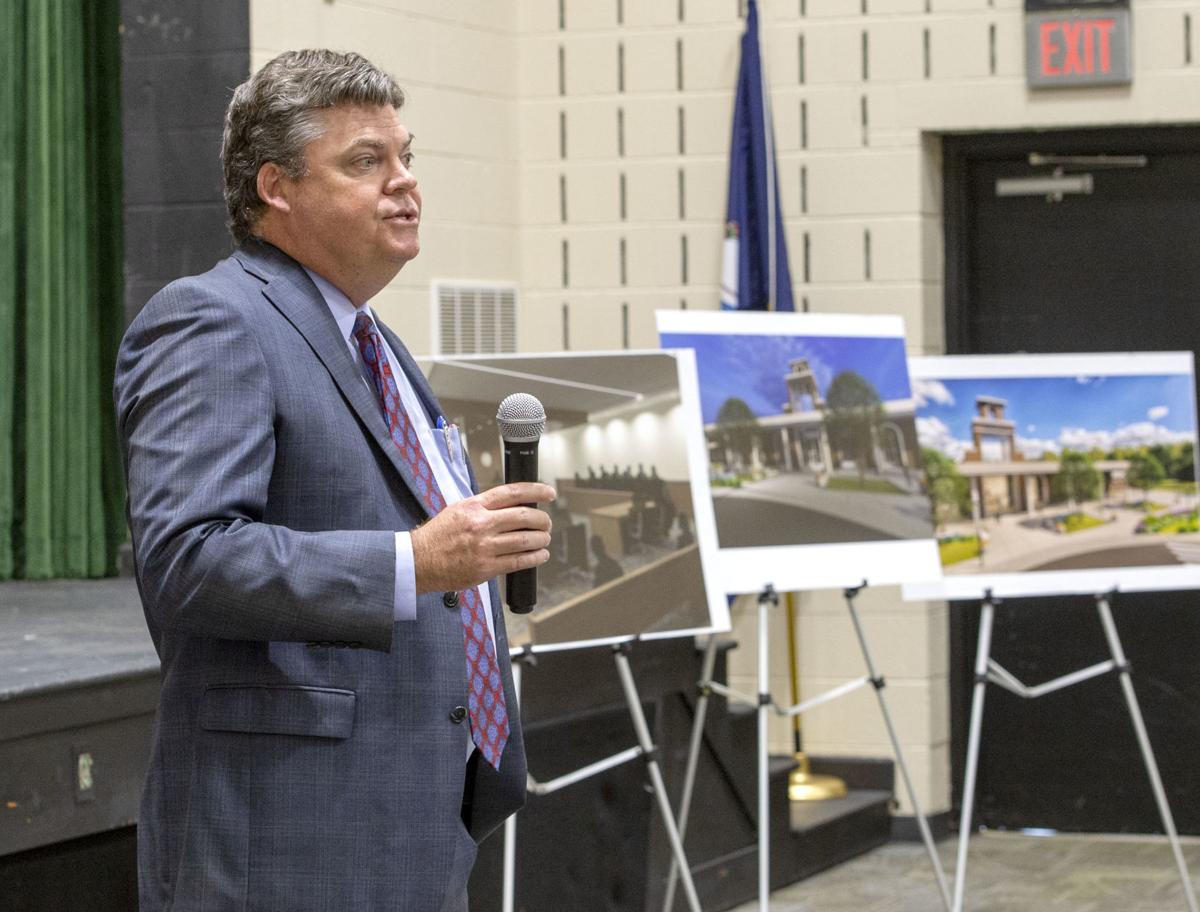 Circuit Court Judge Sage Johnson talks about the issues at the Washington County Courthouse in Abingdon. 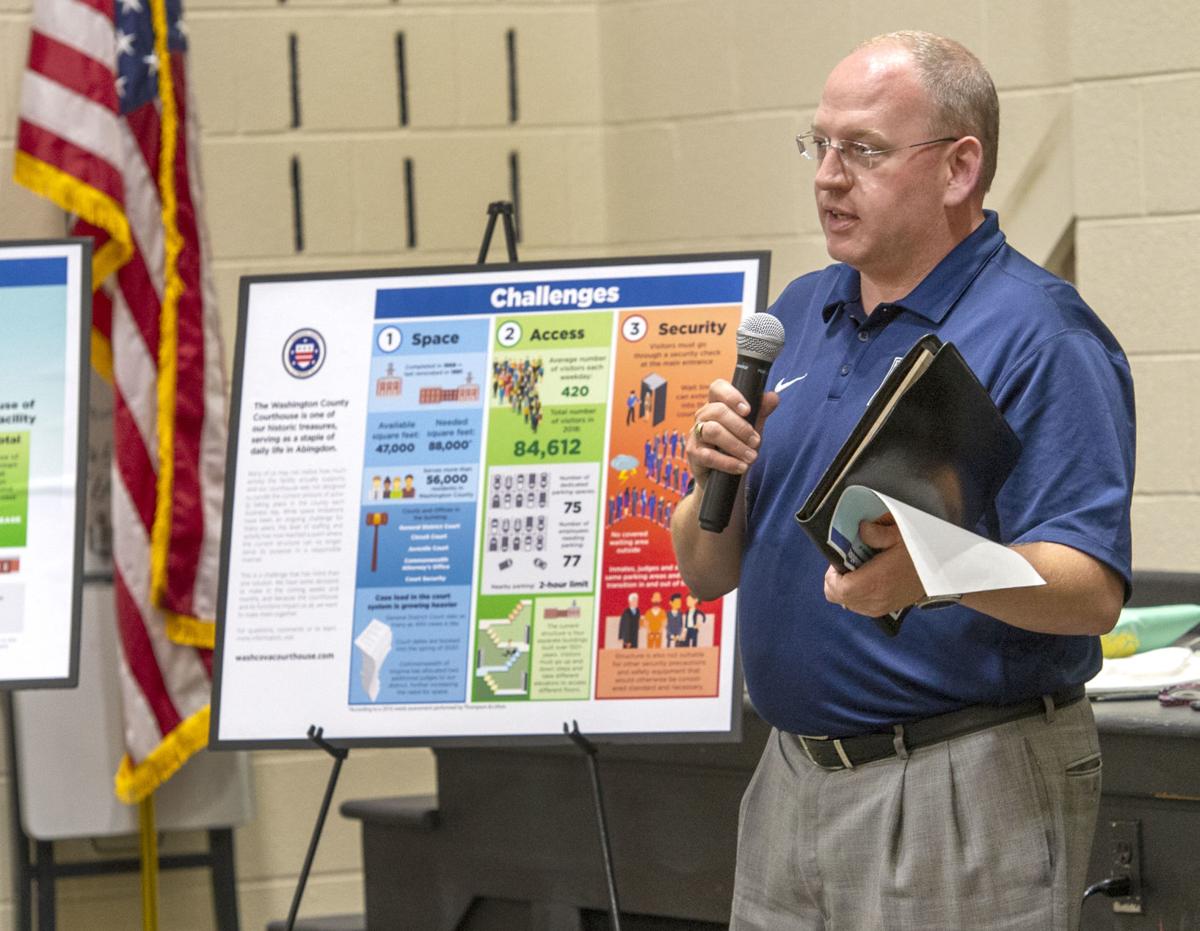 Jason Berry, Washington County administrator, talks about the options and challenges faced at the current courthouse in Abingdon. 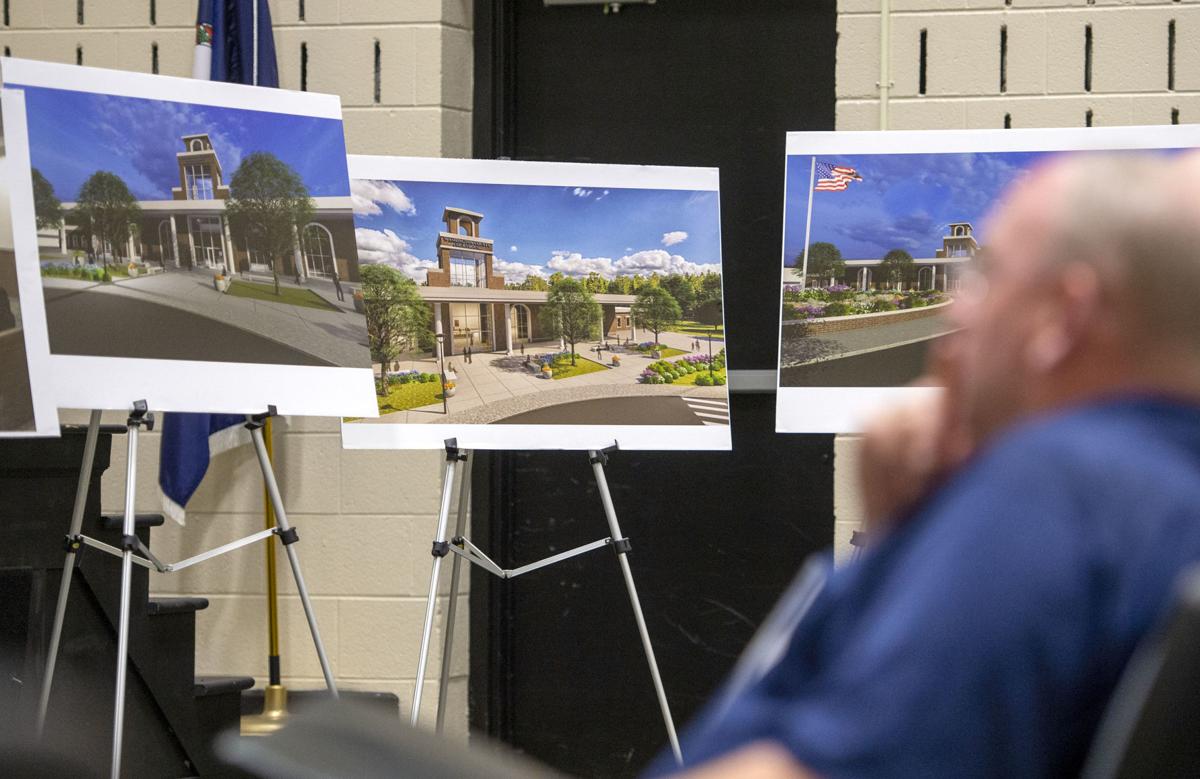 Renderings of the former Kmart building were on display as an example of what a new courthouse at that location might look like. 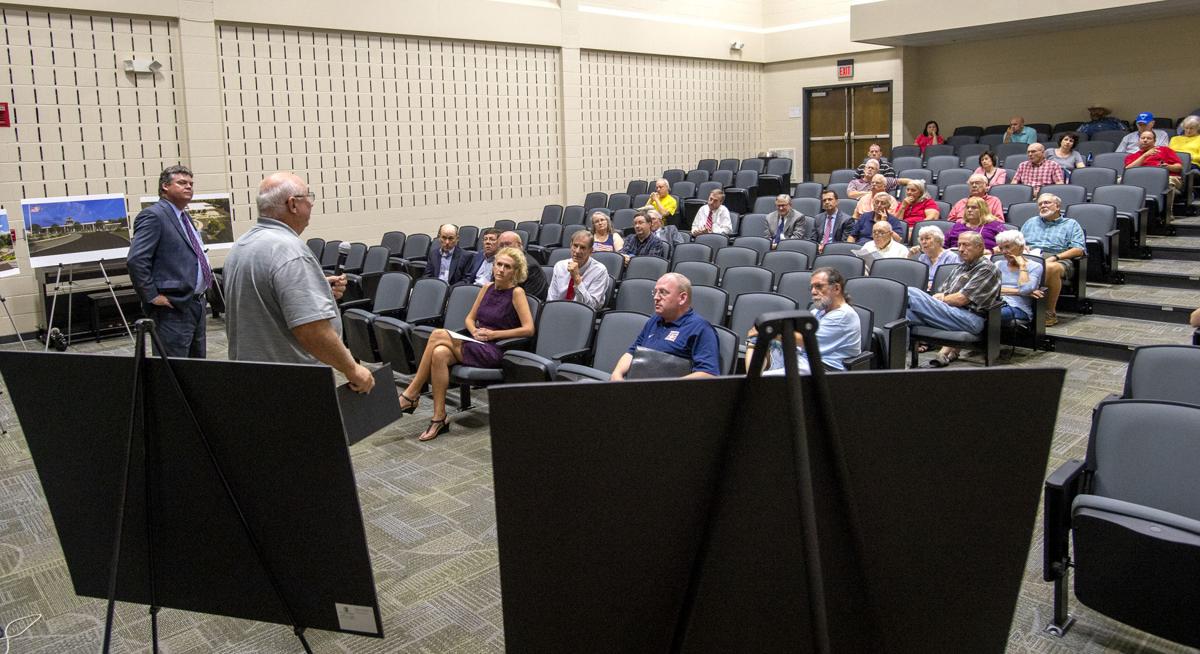 Circuit Court Judge Sage Johnson talks about the issues at the Washington County Courthouse in Abingdon.

Jason Berry, Washington County administrator, talks about the options and challenges faced at the current courthouse in Abingdon.

Renderings of the former Kmart building were on display as an example of what a new courthouse at that location might look like.

Some also questioned losing retail space in Abingdon if the Washington County Board of Supervisors decides to buy the old Kmart building near I-81's Exit 17 and convert its 89,880 square feet into a new courthouse.

Monday's town hall at Virginia Highlands Community College marked the first in a series of informational and surveying sessions staged by the Washington County Board of Supervisors.

The plan for these meetings, according to County Administrator Jason Berry, is to educate the voting public on the safety, space and parking issues at the current courthouse, which has been standing in Abingdon for 150 years.

"The bottom line is: It's an old structure that is no longer adequate, not only for the current court operations but the future," Berry said. "That's the reality."

But, Berry said, studies have been ongoing for more than six years on the feasibility of moving the court facilities from the structure, which dates to the days of Andrew Johnson’s White House.

Moving the circuit court from the building would require a voter referendum — a possibility for November, as the supervisors continue to weigh options.

One idea studied has been to use the entire courthouse building for circuit court and "move juvenile court and general district court to a different facility," said Circuit Court Judge Sage Johnson.

But, Johnson said, that would mean duplication of security staff and equipment, plus the inconvenience of having courts at different locations.

Among the options: Spend $15 million to renovate the current courthouse. But, Berry said, that would be like putting a "Band-Aid" on space problems for only a few years and ultimately require building a new courthouse at an even greater cost.

Most expensive upfront option: Build a new courthouse from the ground up at a total cost of $57 million.

Another idea: Buy the old Kmart and renovate it to become a courthouse at a $43 million total cost, including financing.

"We went to them and said, ‘Is this building available?’" Supervisor Phillip McCall said after the town hall meeting.

Something must be done no matter what, said McCall, who expressed concerns that the state Supreme Court might order the court facilities to be upgraded — at whatever cost is deemed necessary.

“We need to go ahead and do what we want to do — not what the Supreme Court tells us to do,” McCall said. “The Supreme Court could come and tell us, ‘You’ve got to do this.’”

More than 50 people turned out for Monday’s meeting. Additional town hall gatherings are scheduled for:

This story has been updated to reflect that the Kmart building is 89,880 square feet.