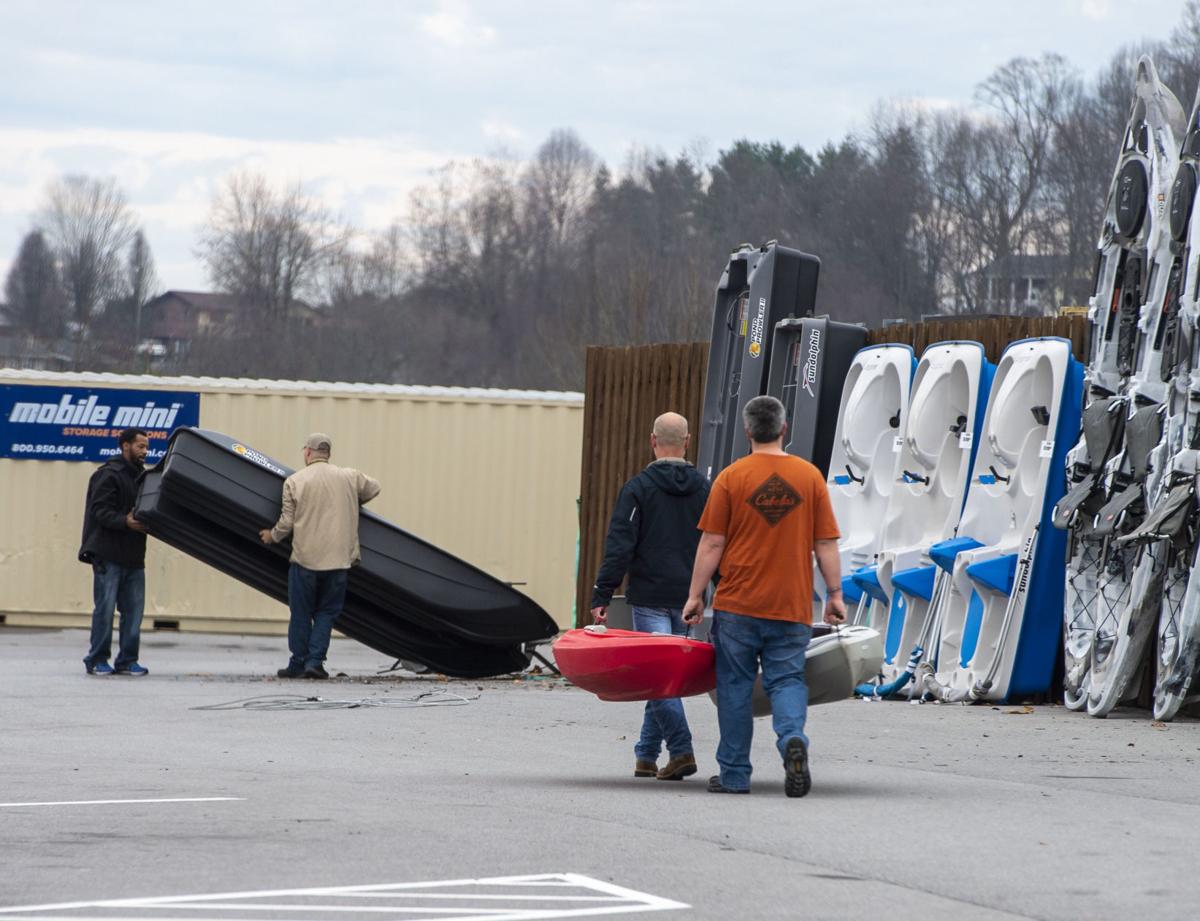 Workers move large items into a secure location at Cabela's at The Falls on Monday morning. Cabela's closed the store on Sunday. 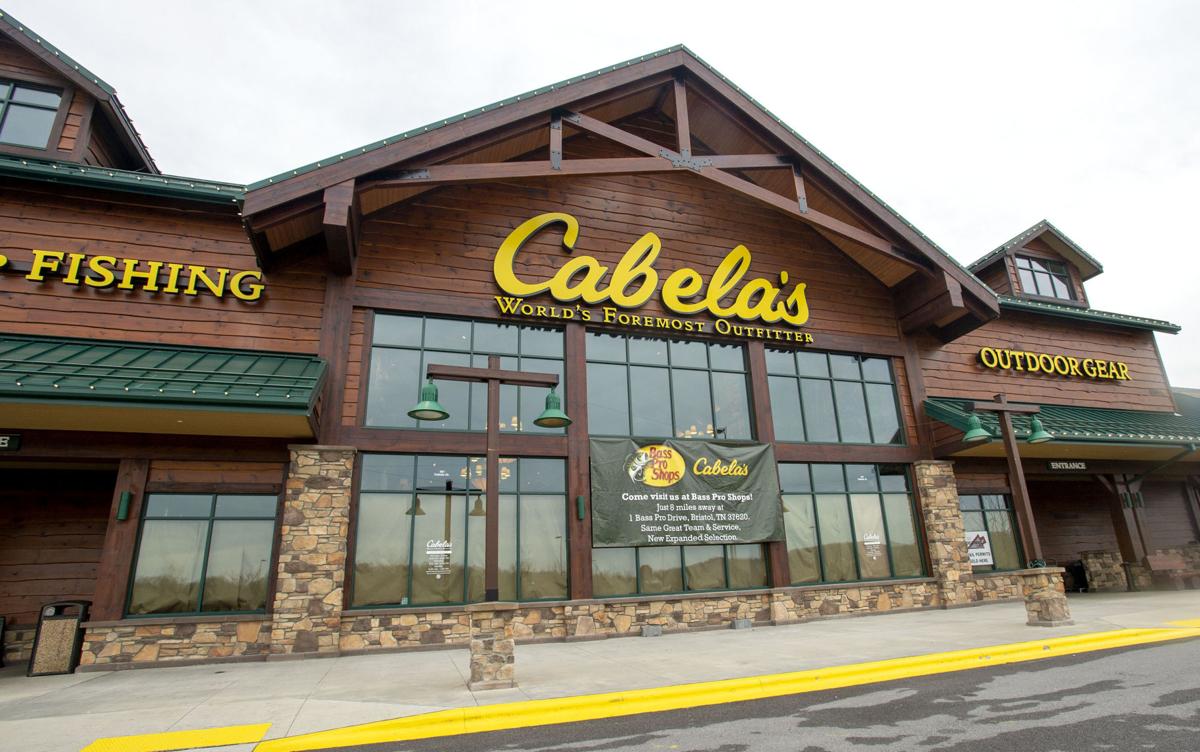 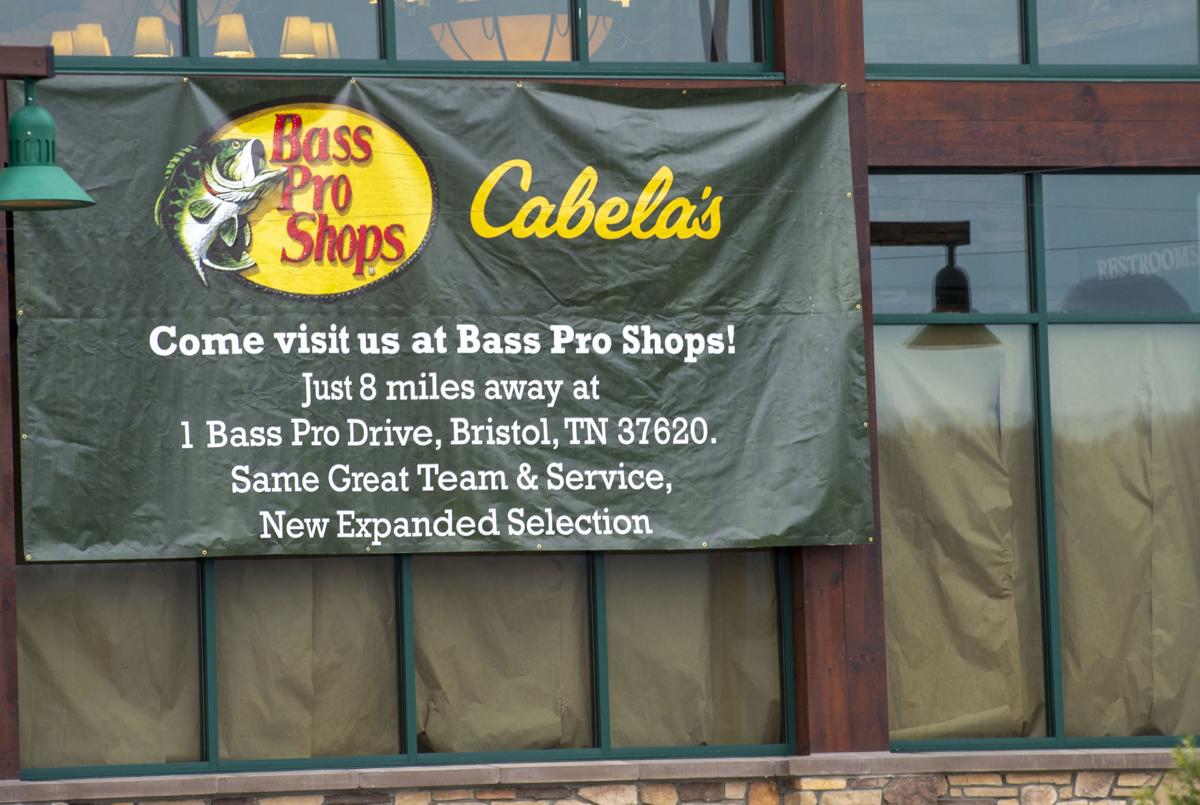 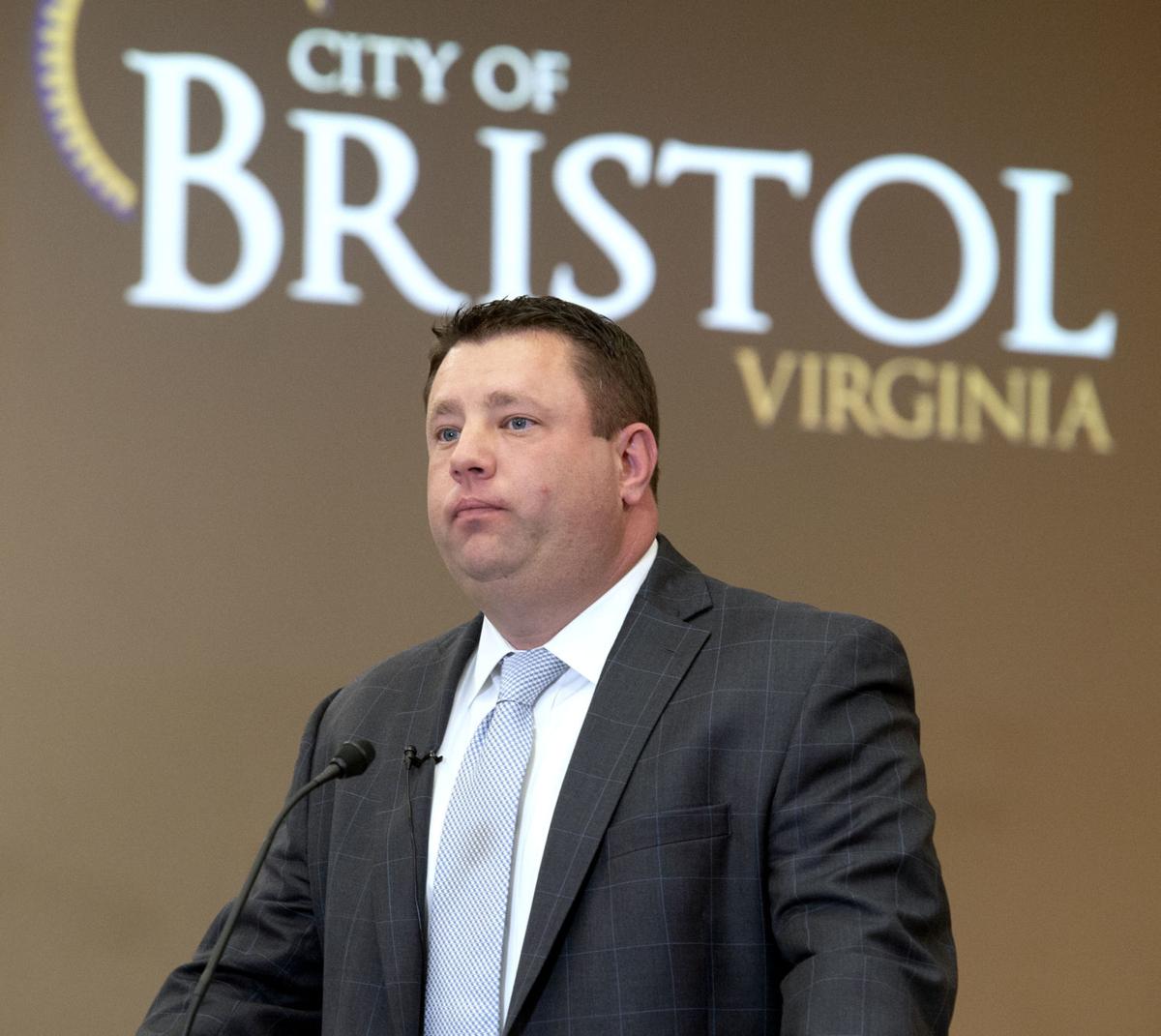 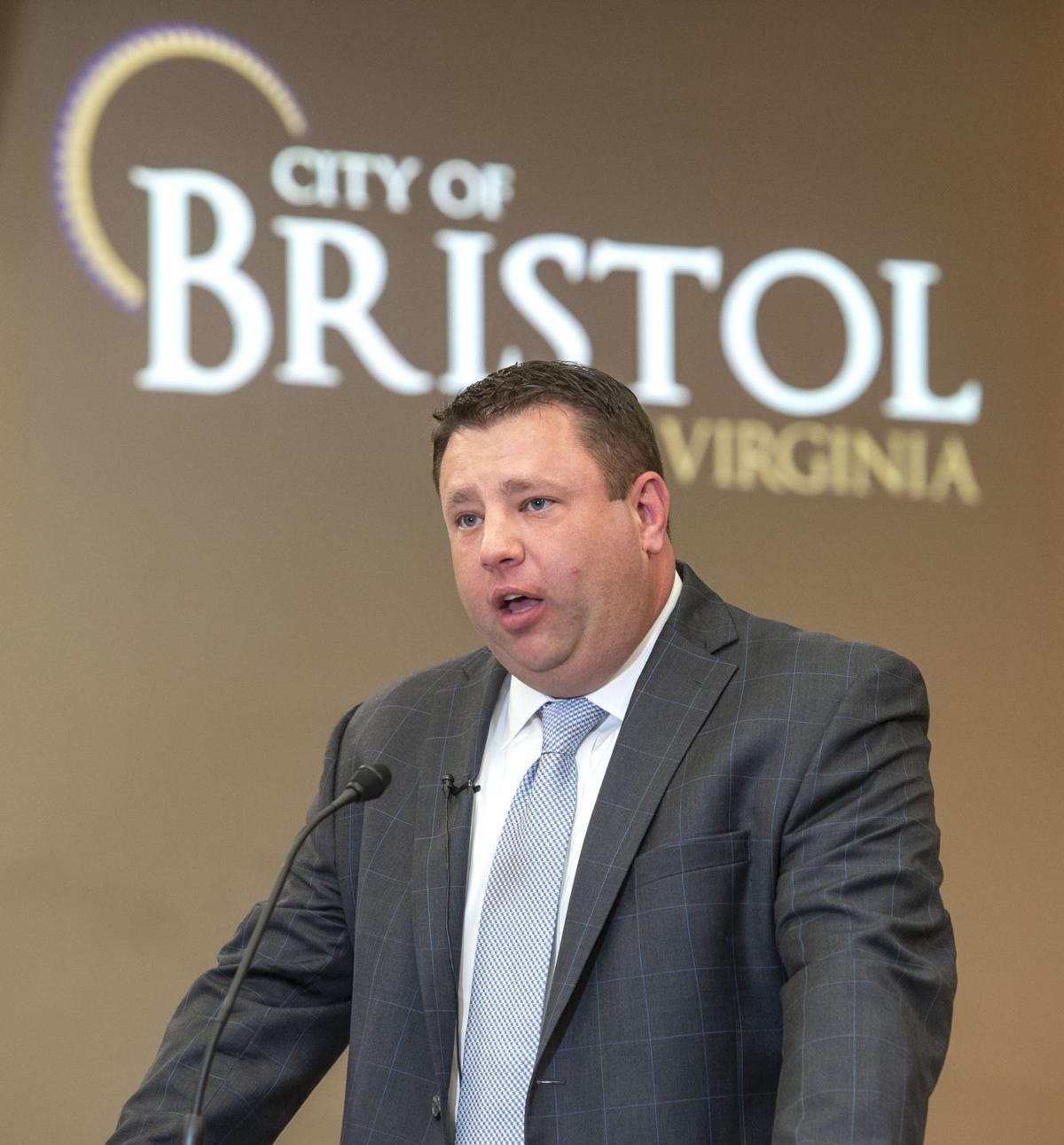 Workers move large items into a secure location at Cabela's at The Falls on Monday morning. Cabela's closed the store on Sunday.

BRISTOL, Va. — The city expects to absorb the financial impact of Cabela’s shuttering its store at The Falls, City Manager Randy Eads said Monday, but the sudden closing stunned some who shop there.

Cabela’s owner Bass Pro Shops confirmed Monday the Bristol, Virginia location was one of several to close — primarily in markets including Chattanooga, Tennessee, where both large outdoor sports retailers operate. Bass Pro Shops operates just down Interstate 81 from The Falls at The Pinnacle in Bristol, Tennessee.

“Two large format stores located just eight miles away from each other off 81 are not necessary to serve our customers in the area. The Pinnacle is the region’s premier shopping destination, and we believe it will become home to exciting new developments in the future,” according to the company’s statement.

The greatest impact will be felt in Bristol, Virginia, where sales tax revenues from the Cabela’s location were captured and used to pay down $34 million in revenue bonds borrowed for finance construction at the retail center of I-81’s Exit 5.

“We are actively reviewing sales tax revenue projections for phase one of The Falls and the implication this closure will have on the city’s current legal and moral obligations,” Eads said Monday.

“At this time, we do not believe this closure will have a negative impact on the city’s general fund budget for fiscal year 2019-20. December and January tax revenues have not yet been reported for phase one of The Falls. As soon as we receive those numbers, we will begin the analysis to determine if this will have an impact on the fiscal 2020-21 budget.”

All tax revenues generated by phase one tenants Cabela’s, Lowe’s, Sheetz and Zaxby’s are directed toward paying off the revenue bonds — which are tied to the retail development and not the city’s full faith and credit like the $50 million general obligation bonds used to acquire and prepare the site.

Asked if the city might default on the revenue bonds, Eads said they hope to avoid that outcome.

“There is always a chance for default. It’s our goal not to default, and we’ll do everything we can not to default,” Eads said. “The bonds are nonrecourse bonds, so it limits the city’s obligation to have to repay those.”

Revenue bonds are municipal bonds that finance income-producing projects and are secured by a specified revenue source — in this case the phase one businesses.

Eads said he doesn’t know how much sales tax revenue Cabela’s generates because the city receives a report that lumps all revenues from the phase one businesses together.

Cabela’s owns the 85,000-square-foot building that was built with $17 million provided by the city. However, the city’s three-year lease agreement, which included a right of first refusal to buy it back, has expired, so it will be up to Cabela’s to market the site, Eads said.

“The closing of Cabela’s is one more obstacle to overcome. One business or one person will not define the success or failure of the city of Bristol,” Eads said, adding they are committed to seeing The Falls continue to develop.

On Monday, Cabela’s employees were seen moving inventory out of the store and into storage trailers. Bass Pro Shops is currently expanding its Outdoor World store at The Pinnacle with new offerings and signage, according to the company statement. A grand reopening event is anticipated for later this year.

Cabela’s employed about 110 people at its Bristol, Virginia location. “Virtually all” of the workers will be given the opportunity to transfer to the new location, Jack Wlezien, a spokesman for Bass Pro Shops said via email.

The company informed employees of the move Sunday evening, and many were already working at The Pinnacle store Monday morning, he added.

“The entire [Bass Pro] store is undergoing a complete renovation to incorporate assortment from Cabela’s, which will incorporate the former restaurant space. We are planning to celebrate Cabela’s throughout the store and outside on exterior signage alongside Bass Pro Shops and Tracker Boats and ATVs,” Wlezien wrote.

Galyon, 57, of Roan Mountain, Tennessee, heard the initial news of the closing but didn’t realize it was immediate until she traveled to Cabela’s on Monday morning. She wanted to shop for vehicle seat covers but found brown paper covering the windows and doors instead.

“That was awfully sudden,” she said after parking at Bass Pro Shops, where she was going to look at that store’s selection. “I thought Cabela’s would still be open; I didn’t think it would even be in the [closing] process yet.”

Joshua Harrington, 24, of Bristol, Tennessee, learned the news from a reporter on Monday morning. He was at Bass Pro Shops to pick up ammo to practice for a shooting competition.

“I’m sure business from Virginia will be coming down this way more, but I still hate to see the store close because it was nice having two major outdoors outfitters close by in our area,” he said, standing outside his Chevrolet pickup truck with his 2-year-son, Easton Jackson, accompanying him.

Kenneth McVey, 28, of Richlands, Virginia, was buying fishing supplies at Bass Pro Shops on Monday morning. He said he prefers their selection compared to Cabela’s. But he said he felt bad about how the news might affect Bristol, Virginia.

“It seems like Exit 7, and especially The Falls, everything is moving down toward this way,” he said.

Cabela’s hasn’t been the first major business to relocate across the state line. Last year, electronics retailer Best Buy announced plans to relocate its store near Exit 7 — located in Washington County, Virginia — to The Pinnacle, where it will be opening a new store later this month. A couple years ago, Outback Steakhouse made a similar move from Bristol, Virginia to The Pinnacle.