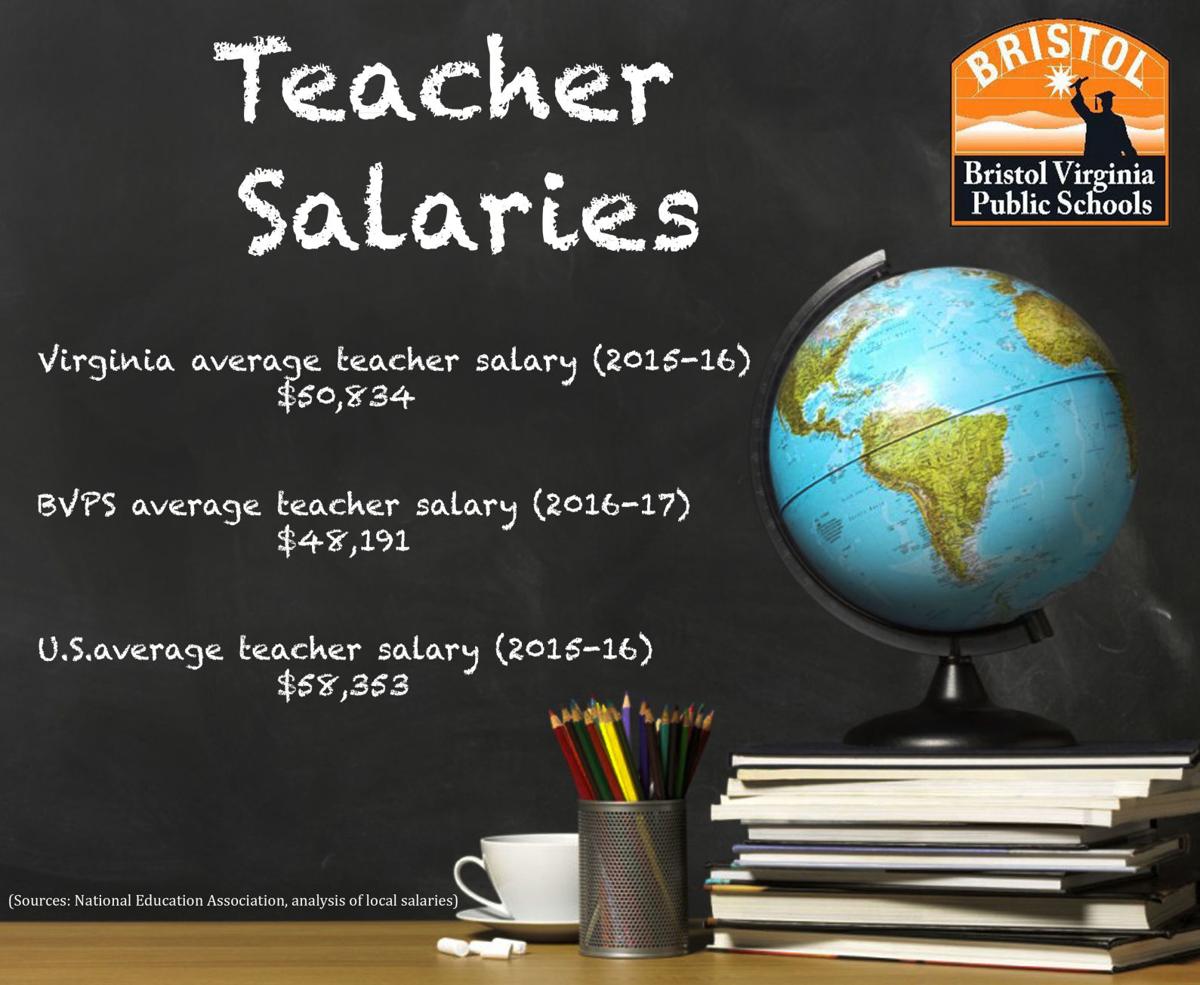 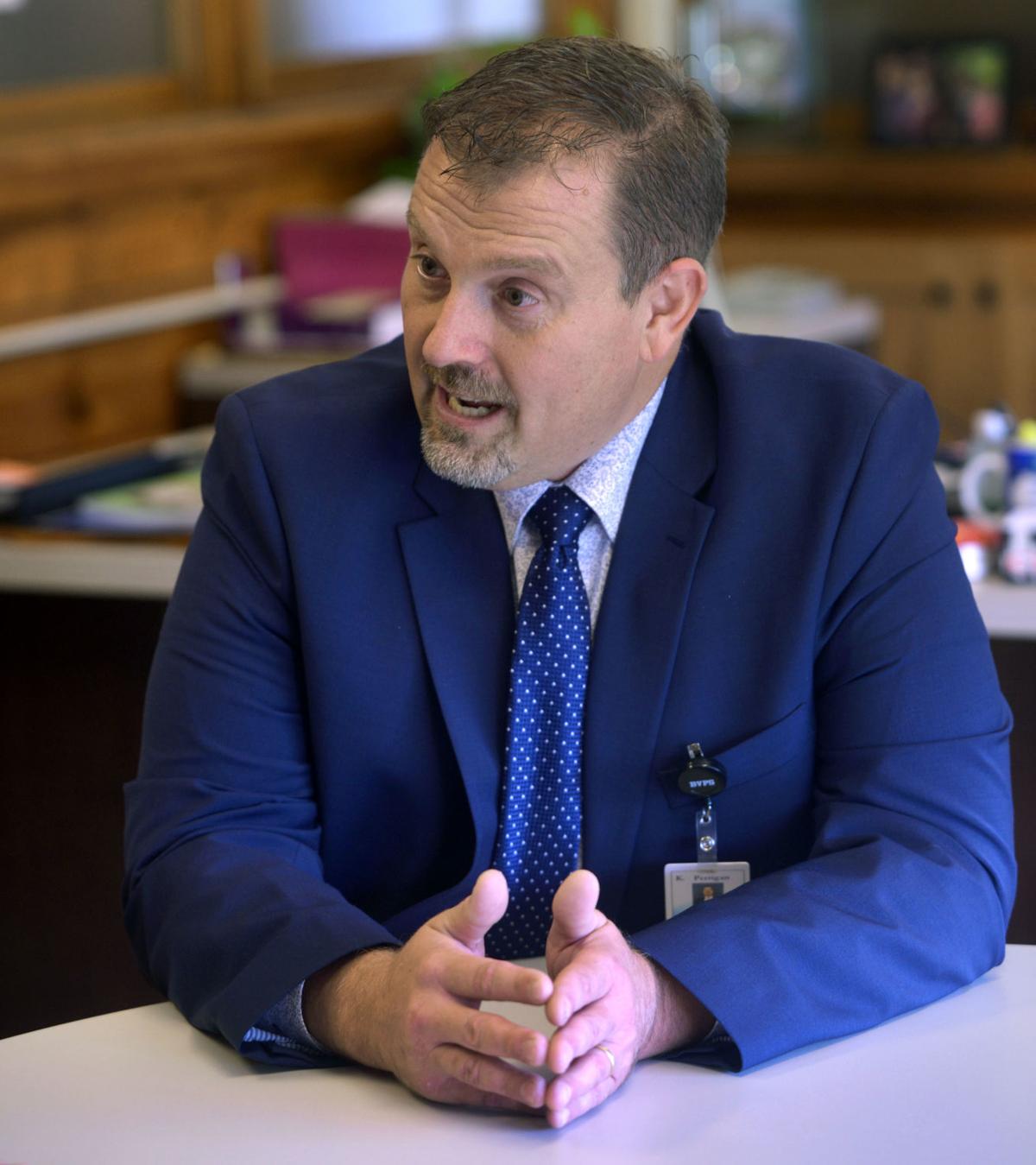 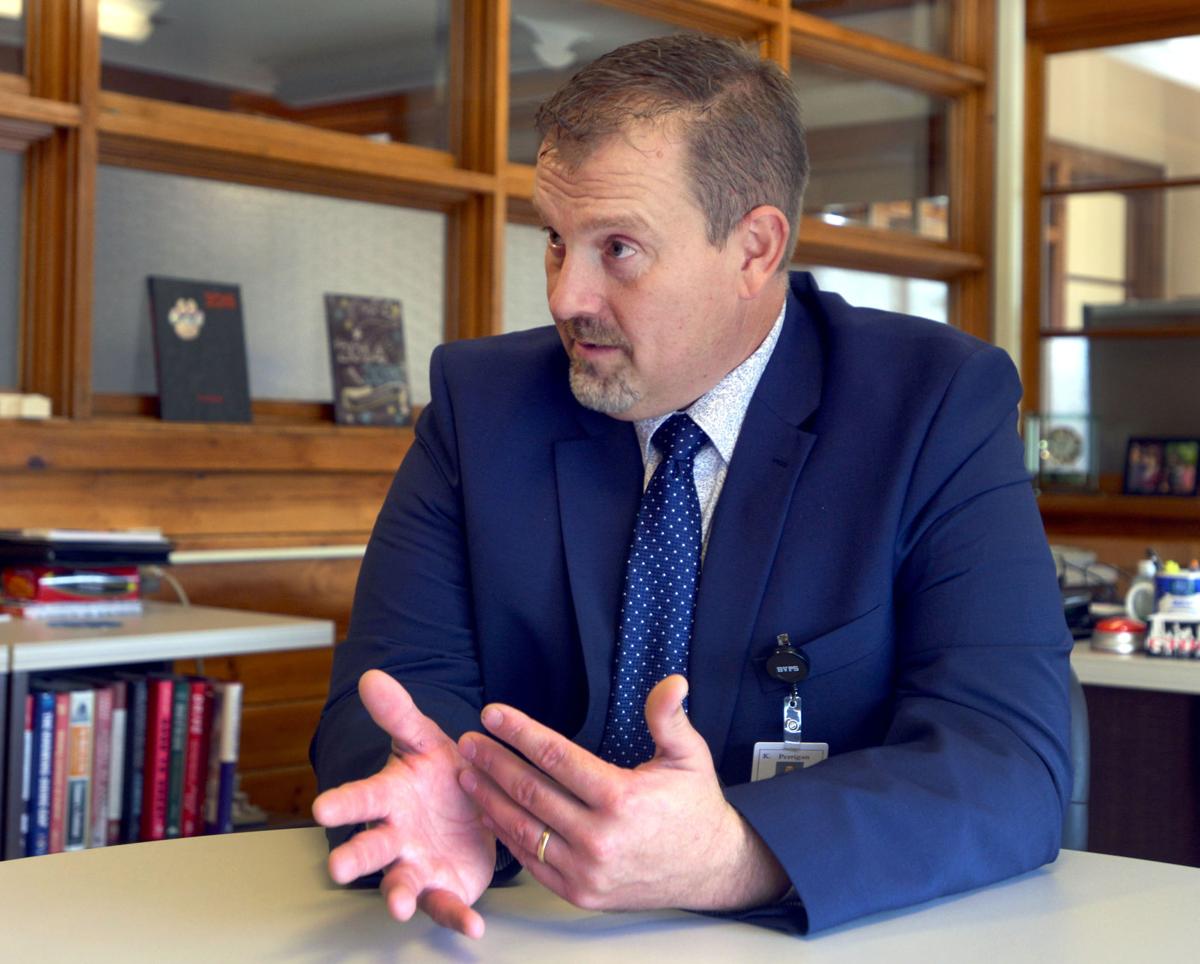 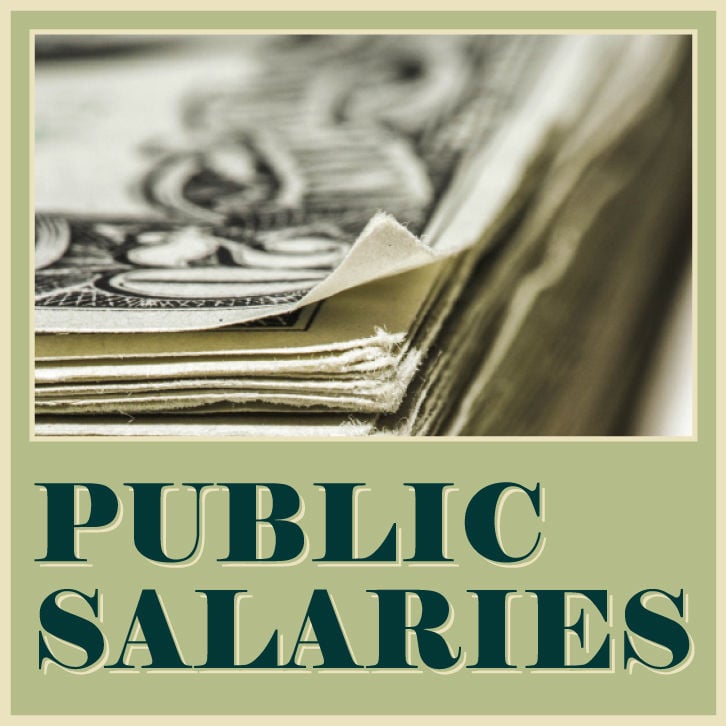 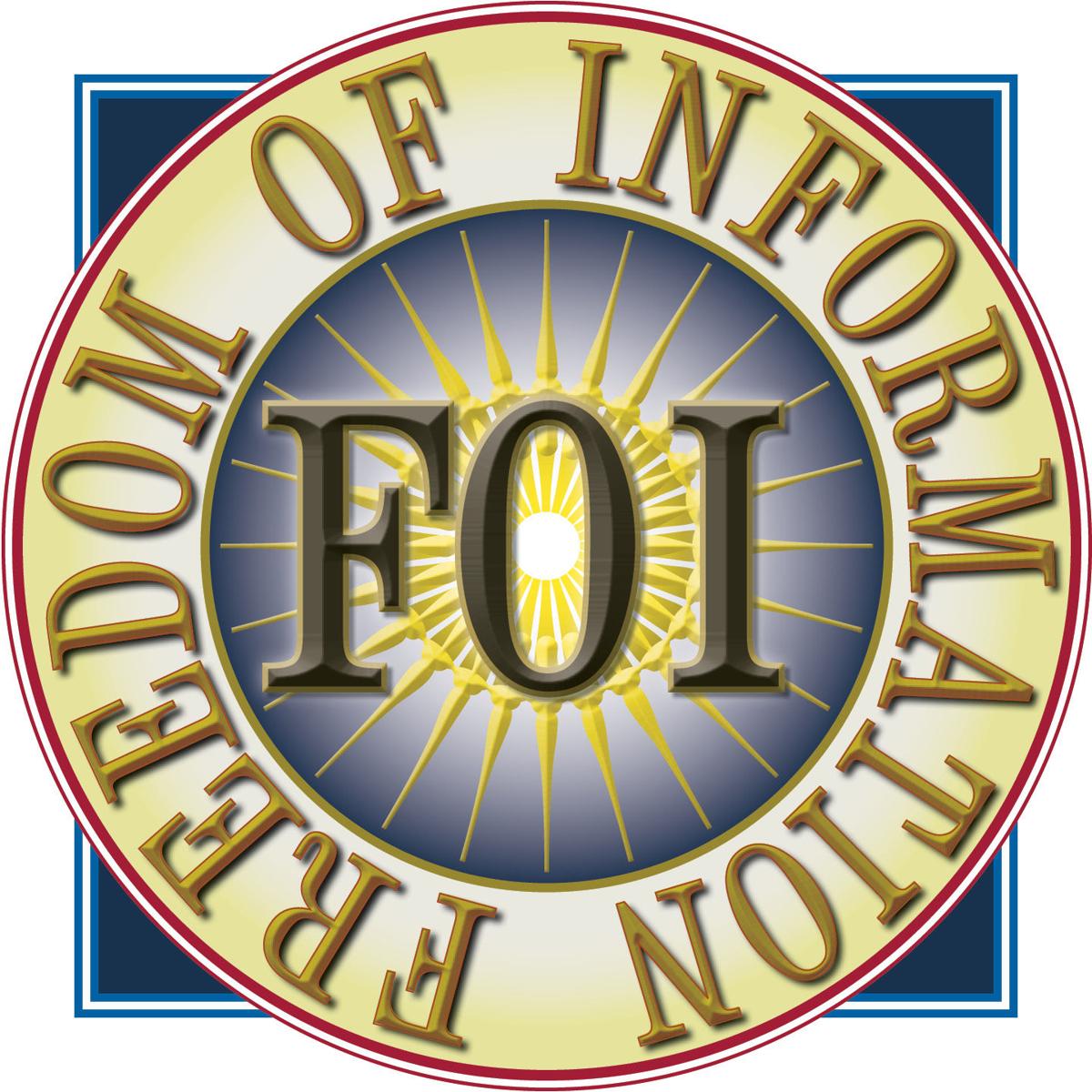 » This is the first story in an ongoing series about salaries of public workers, from teachers and police to government officials.

Teacher salaries in Bristol, Virginia, lag behind the average pay in the state and nation.

In the 2016-17 school year, Bristol Virginia Public Schools teachers made about 5.2 percent less than the state average from the previous year, according to a Bristol Herald Courier analysis of information obtained through the Freedom of Information Act.

The result, said Keith Perrigan, superintendent of Bristol Virginia schools, is that city teachers start out earning among the lowest salaries in a low-paying state.

“Our teachers are the ones that are suffering,” Perrigan said.

Low starting pay can act as a barrier to recruiting and keeping great teachers, according to Perrigan.

Teachers in public school systems across the country are paid on an experience scale. For each year a teacher stays in a district, they receive a salary bump. The scale for each district is uniform and based on educational attainment and years worked.

New teachers in Bristol, Virginia, get the short end of the stick: The school system ranked No. 114 out of 125 participating divisions in starting teacher pay, according to the previously cited Virginia Education Association report.

Perrigan said that ranking is “eye-popping.”

“Our teachers are significantly underpaid as you compare them to their state peers and national peers,” he said.

The good news for Bristol Virginia teachers is that the school system ranks much higher for teachers at the top of the pay scale: No. 26 out of 125.

That ranking means teachers attain higher pay more quickly than the majority of other districts, and that their year-to-year salary increases are greater down the line.

Perrigan said the speed of their pay advances is a selling point. Some pay scales at districts go up to 30, meaning teachers won’t earn their full pay potential until they’ve taught for 30 years. In Bristol Virginia schools, the scale ends at 25.

“What is significant about that is if you get to the top of the pay scale sooner, your life earnings are more,” Perrigan said.

At the low end of the pay scale, a new teacher with only a bachelor’s degree started at $36,000 last year. An education specialist or someone with a doctorate who had been there 25 years earned $62,659.

It’s not up to school administrators to provide higher salaries — that’s dictated by the amount of federal, state and local funding.

When the economy tanked in 2008, states reduced funding for public education, and in many cases, the funding hasn’t returned even as the economy has made gains.

According to the Center on Budget and Policy Priorities, after adjusting for inflation, Virginia lost 11.2 percent in total state funding per student from 2008-2014.

To bridge the gaps those cuts created, Perrigan said the Virginia General Assembly needs to give more funding to schools.

“For schools to be successful moving forward, the funding model is going to have to come more in line with the way the economy’s going,” he said. “We have got to find a way to pay our teachers better, which means more state funding. We have to find a way to hire high-quality teachers and then retain them.”

Four of the seven principals in Bristol Virginia schools are women.

That representation is above the national rate. In 2012, 52 percent of public K-12 school principals were women, according to a 2016 report from the Department of Professional Employees, a coalition of unions.

When looking at the entire administration of Bristol Virginia schools, including assistant principals and various directors and coordinators, 12 are men and six are women, meaning women represent 33 percent of the administration.

A 2016 study by AASA, the School Superintendents Association, found that women claim about 20 percent of superintendent jobs.

Of the 172 teachers in Bristol, Virginia, about 78 percent are women. That figure tracks slightly above the national trend, according to Department of Education data.

However, with the standardized pay scale, where raises come from years worked and education level, school officials say there is no real disparity.

“We certainly don’t aspire to pay men more than women or women more than men,” Perrigan said. “ … Teachers are paid on a scale based on years of experience. We don’t have any merit pay or anything like that.”

While pay scales should ensure that women receive the same income increases as men, the American Association of University Women reports that sex-based income gaps exist across the board in public education.

» The Herald Courier analyzed local salaries for the 2016-17 school year. The most recent available figures for state and national averages came from 2015-16. The local averages reflect only those with the title of teacher and include coaching stipends and other forms of additional pay.

Kevin Miller, senior researcher for the organization, a grassroots group dedicated to improving the lives of women, said that last year, there was an 11 percent gap between female elementary and middle school teachers and male teachers.

“In public sector jobs, like most education jobs, we expect there to be a smaller gap [than private sector jobs] because the pay is more standardized,” Miller said.

BRISTOL, Tenn. — Administrators and principals in Bristol Tennessee City Schools made almost double what teachers did during the 2016-17 schoo…