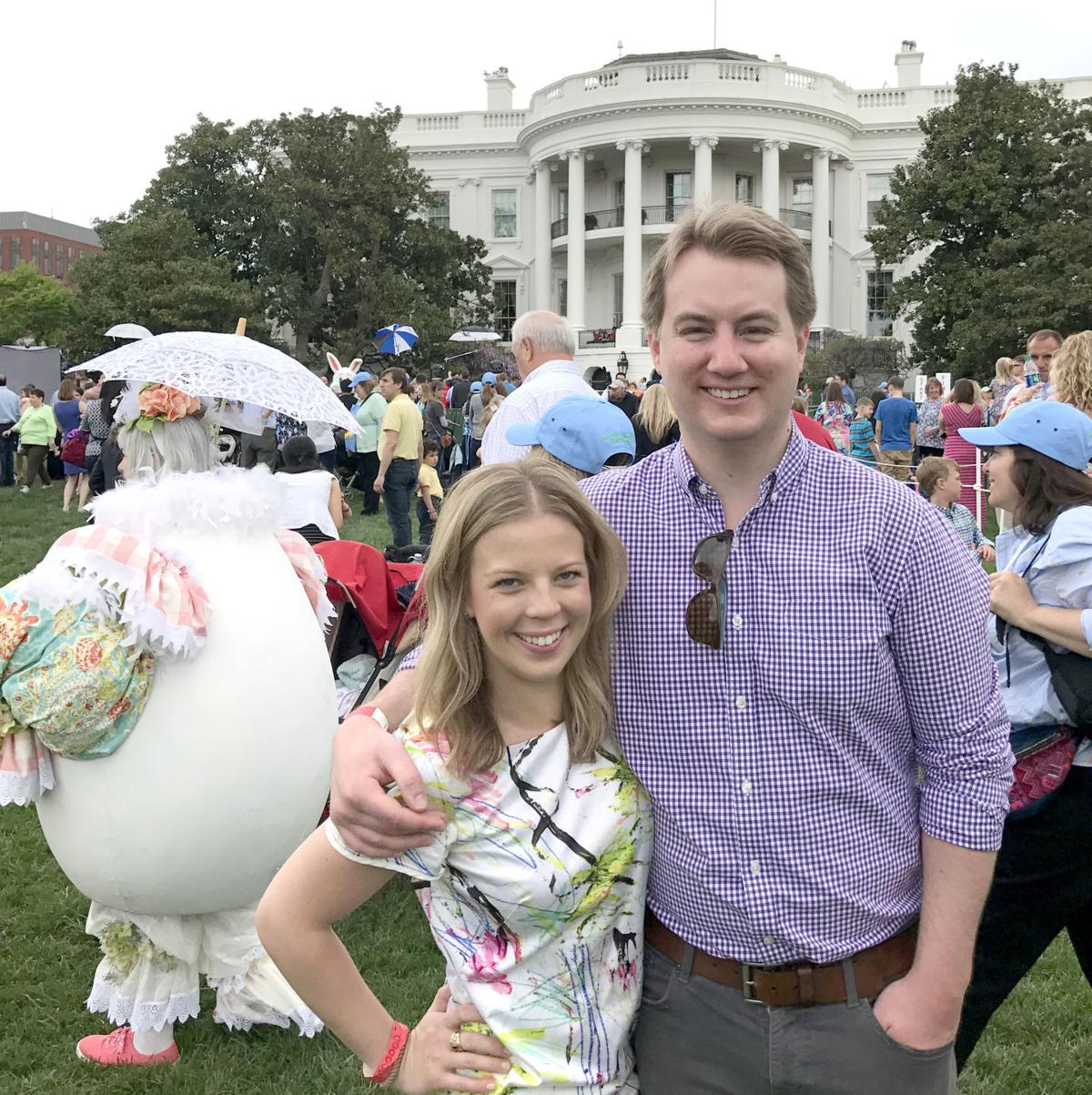 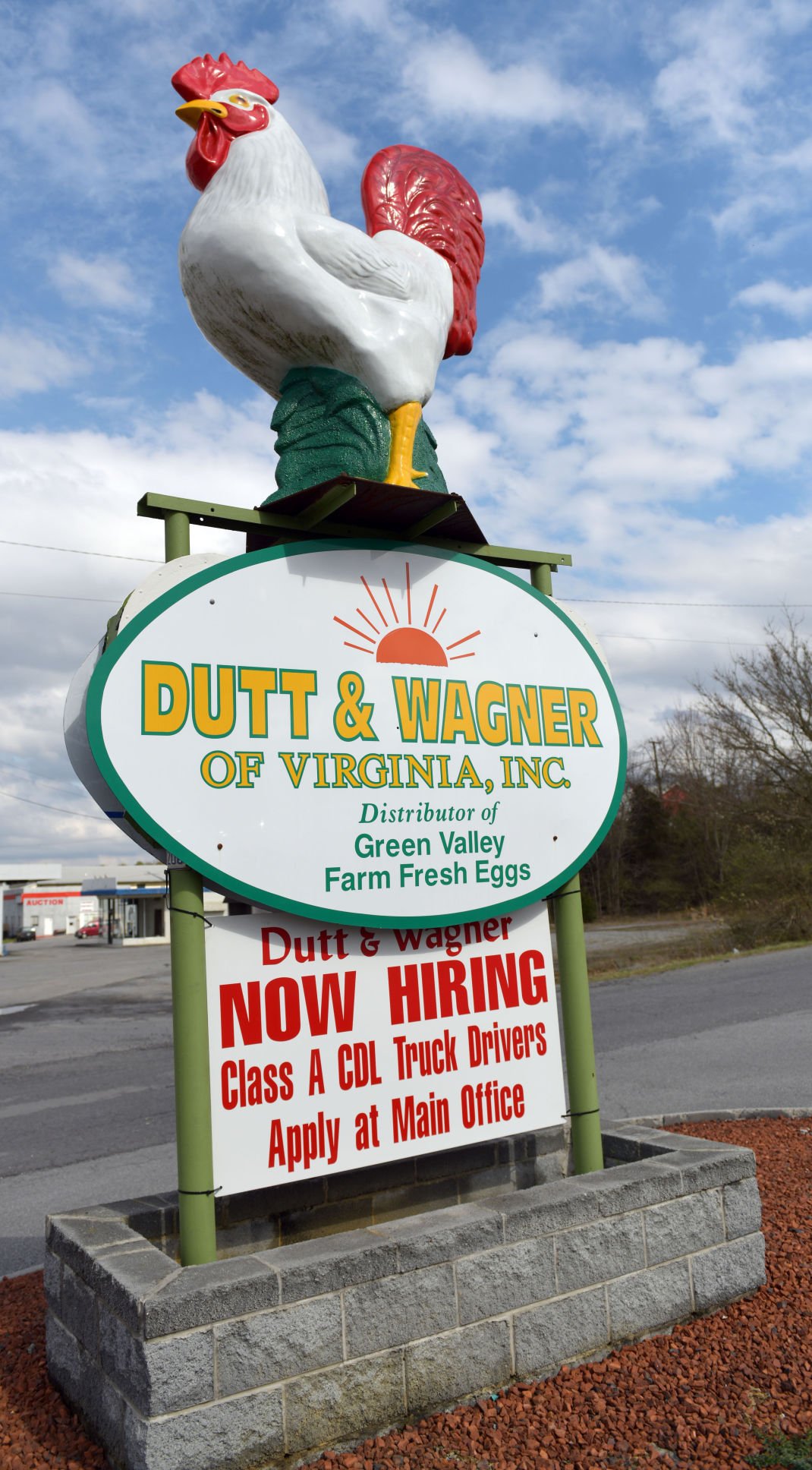 The familiar giant chicken is located outside the headquarters of Dutt & Wagner in Abingdon, Virginia. 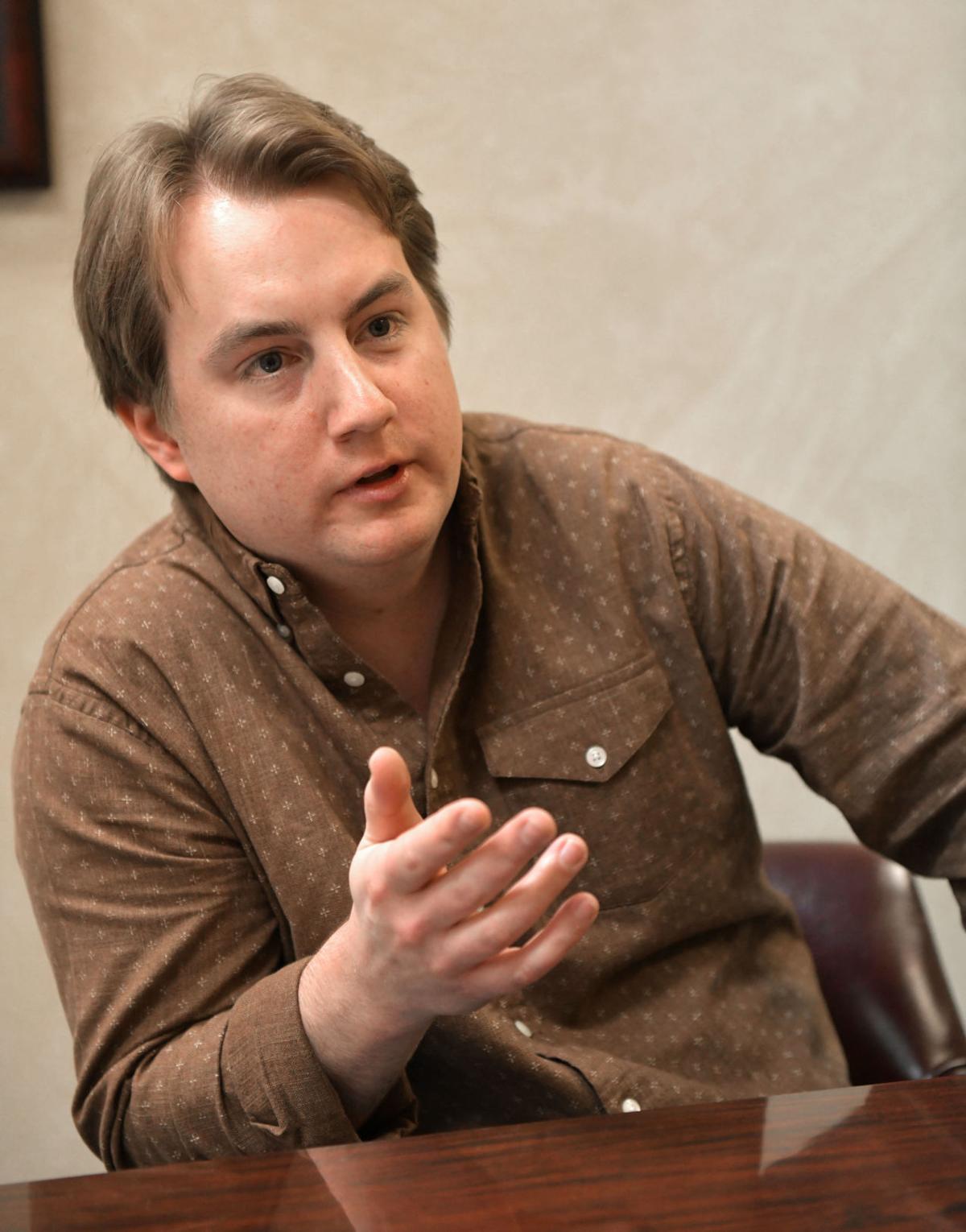 Lake Wagner is the general manager for Dutt & Wagner, his family's egg company. 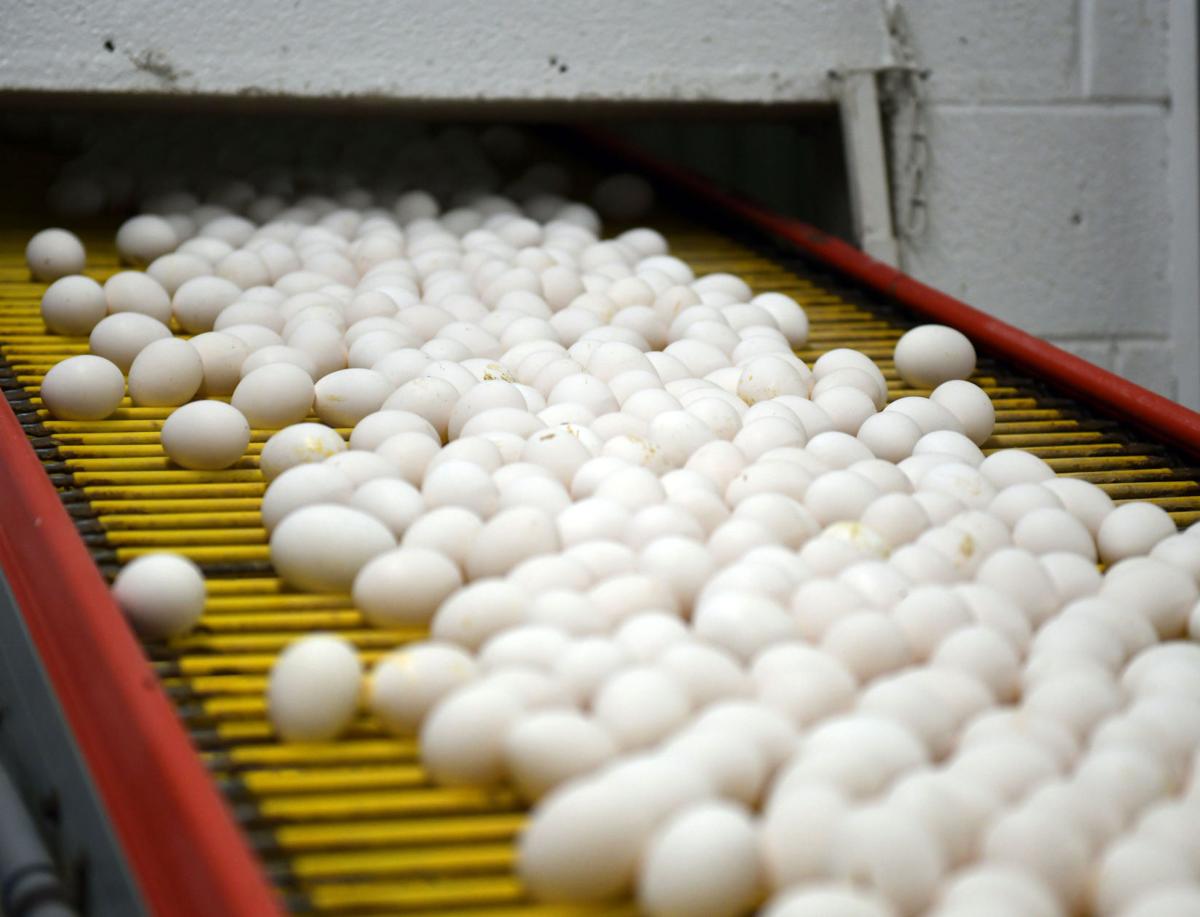 Fresh eggs come from the henhouses at the Dutt & Wagner production facility in Washington County, Virginia. The eggs are washed several times then sanitized. Cracked or broken eggs are pulled out, and the rest are boxed for delivery to stores for purchase. This whole process takes just minutes to complete. 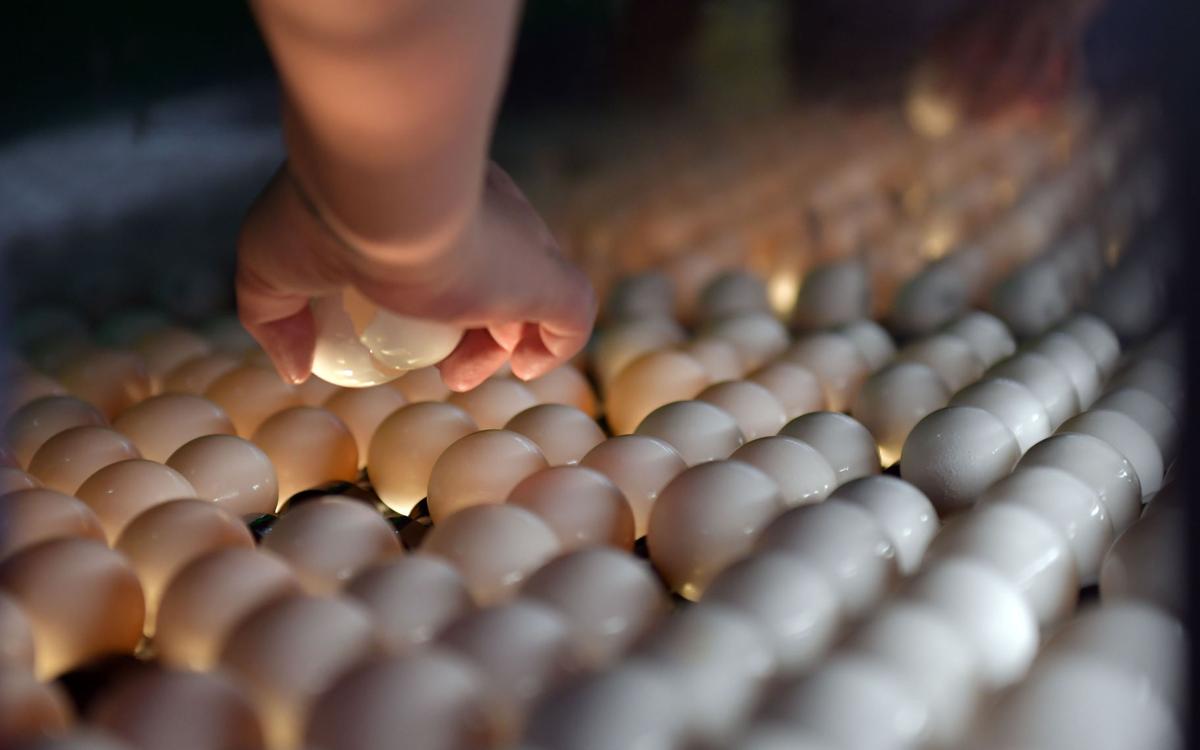 Light from underneath reveals cracked eggs that are pulled out of the Dutt & Wagner egg production and delivered to other businesses to use the whites and yolks for products.

Lake Wagner rolled Easter eggs across the White House lawn when he was a kid.

He chased eggs with a spoon.

“The first lady, she always reads a children’s book for all the children that are there,” said Wagner, now 31.

These journeys to the White House became an annual tradition for the Wagner clan.

A couple of years ago, Wagner returned to the White House with his fiancee, Laurie Street, and he went back — going from Washington County, Virginia, to Washington, D.C. — to represent the Virginia Egg Council and the American Egg Board at the White House Easter Egg Roll.

Today, Wagner is general manager of the Abingdon-based Dutt & Wagner, a wholesale food distribution company and egg producer, whose affiliated businesses include Green Valley Poultry Farm in Washington County at Wyndale plus another egg farm in North Carolina.

“And I’m pretty proud of that for keeping our business going as long as it has,” Wagner said. “It’s definitely a hard line of work.”

This year, while Wagner’s upcoming wedding plans have forced him to cancel a trip to the White House for the Easter event on April 22, three members of his family business are heading that way.

Wagner is also happy to report that his aunt’s stepdaughter, Chloe Campbell, an 11-year-old student at High Point Elementary School in Bristol, Virginia, has submitted an Easter egg design, using an art called quilling and a letter noting the family farm.

“My mom, Lori Wagner Campbell, likes hens. In fact, she has about a million, who like to lay eggs — lots and lots of eggs,” Chloe wrote as part of an egg decorating contest. “She and my Uncle Rodney and Cousin Lake have an egg business called Green Valley Poultry Farm, so we have plenty of eggs whenever we want them.”

All total, Wagner’s companies — including the Green Valley Poultry Farm on the outskirts of Abingdon — can produce 550 million eggs each year, Wagner said.

And all those ovals are in big demand right now — with Easter.

This is a “hectic” time for the egg business, Wagner noted as he talked about sales to grocery store chains advertising the incredible edible egg.

“It’s really a huge egg holiday,” Wagner said. “Everyone just kind of puts ads in at the same time.”

Last year turned into a price war, with some stores selling eggs below cost, Wagner said, “and really driving demand that way.”

Wagner has found that to be a bit less of the case this year.

“Most of the major retailers have made the decision not to be so aggressive with their pricing.”

Still, demand is there — for boiling, poaching, frying and dying eggs.

Wagner has found the highest egg consumption is typically toward the winter months and leading to spring.

“Easter is kind of our last big push before the summer,” said.

Summer is actually “kind of slow for eggs,” Wagner said.