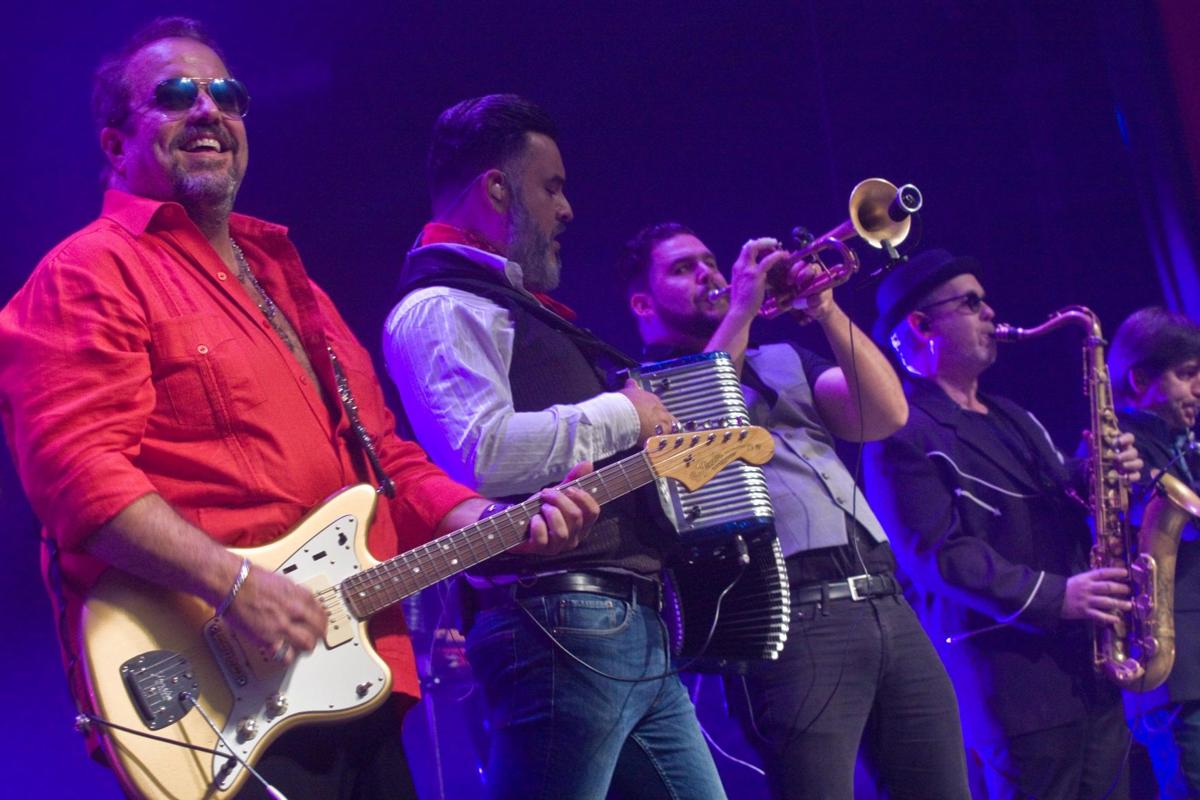 The Mavericks performed at the Paramount Center for the Arts on March 23.

With the line “What do you say when it’s over,” Clint Black burst upon the country scene in late winter 1989 with the song “Better Man.”

Far from over, Black’s career catapulted from nowhere bars in Houston to soundstages of America thanks to “Killin’ Time.” For 31 weeks, the album launched to and encamped in the No. 1 slot of Billboard’s country albums chart. The album’s steely mix of hard-driving country and Black’s rich baritone made for a masterpiece. Hits followed for Black. Albums, too. But none quite matched the traditional flair of “Killin’ Time.”

A silver-haired son of a preacher this way comes in the form of Guy Penrod.

Southern gospel fans of the Gaither Vocal Group know Penrod well as a member going back to 1994. Penrod steps out at the Paramount Center for the Arts in Bristol, Tennessee, on Friday. Astride his latest album, “Blessed Assurance,” Penrod continues well upon a solo career that began in 2009.

“Everything I do, every record I come out with will come from a Biblical view of living life,” said Penrod. “I don’t want to lift up things that are not found in the word of God.”

Moonshine burst from a sky full of lightning bolts marks the wild-hair music of North Carolina’s Tan and Sober Gentlemen.

Open wide for a gulp and a guzzle from the Tan and Sober Gentlemen on Saturday at Capone’s in Johnson City. No corks. Instead, their latest jug of liquid dynamite in the form of their album “Veracity” burns like a field full of rings of fire.

Led by William Maltbie, the Tan and Sober Gentlemen know one speed: All out. Even on a ballad, for instance “Knoxville Girl,” the band’s razor strop style whets as raw and slicing. Otherwise, as on “Rabbit in a Log,” they swig and swing with full-bore hillbilly flair as filtered through pints of punk rock. Brother, they get up and go.

» Who: Tan and Sober Gentlemen with Virginia Ground

Raul Malo stood outside his black tour bus behind the Paramount on Saturday afternoon. The lead singer and co-founder of The Mavericks grinned like a man who’d just stumbled upon a wad of cash. Instead, the colossal-voiced singer had simply returned from a walk about Bristol.

“I had lunch at 620 State,” said Malo. “Really good food, man! This town looks different, better than the last time I was here.”

He was a kid back then, strolling along the sidewalks of State Street.

“Is the Cameo open?” Malo said. “I walked by there today, and it looks great. I remember seeing a movie there one time.”

Several hours later, parking spaces near and far from the Paramount filled with automobiles whose former passengers eagerly queued outside the venerable theater on State Street. When summoned to enter, fans of The Mavericks quickly found their seats. But for a handful of strays, the velvety red seats of the Paramount were occupied – except for most of two hours.

Malo and The Mavericks led Bristol on a two-hour excursion of music. By way of the world, the singer of Cuban descent launched from a foundation of country. From there and through such tunes as Roy Orbison’s “Blue Bayou” and their own “O What A Thrill,” landscapes of sounds followed.

A three-piece horn section and an accordionist augmented The Mavericks’ four-man backbone. Swaths of Latin America colored tunes including “Rolling Along” in florid hues of happiness. Horns honked while Malo moved butts to rise from their seats to shake along to such songs as “Easy as it Seems.”

Entertainment thrived. A parade of showmanship bounded forth from Malo’s theater-encompassing voice during their smash from 1994, “What A Crying Shame.” He elicited oohs and ahs as he strolled through Bruce Springsteen’s “All That Heaven Will Allow.”

Flanked by guitar wizard Eddie Perez and keyboardist Jerry Dale McFadden, Malo enraptured. On the stage upon which Gene Autry and his horse Champion long ago captivated Bristol, Malo and The Mavericks cast all who attended spellbound. Decades apart, showmanship created memories for a lifetime courtesy Autry then and Malo now.

Moments after the show, Malo nursed a beer and a salad backstage. Sweaty and smiling, he expressed admiration for the Paramount, Bristol, and those who embraced them so endearingly.

“I want to come back,” Malo said. “I would like to come back to Bristol and the Paramount every year. I mean that.”

The mysterious Bingo Hand Job deal a deck of one during this week’s free MP3 download. Hurry to https://noisetrade.com/bingohandjob/live-at-the-borderline. Find “Radio Song,” which exudes from a double LP, “Recorded Live at the Borderline 1991.” Slated for release on April 13 for Record Store Day, the LP features members of R.E.M. and others billed as Bingo Hand Job, a rare though widely sought after album from the legendary band.