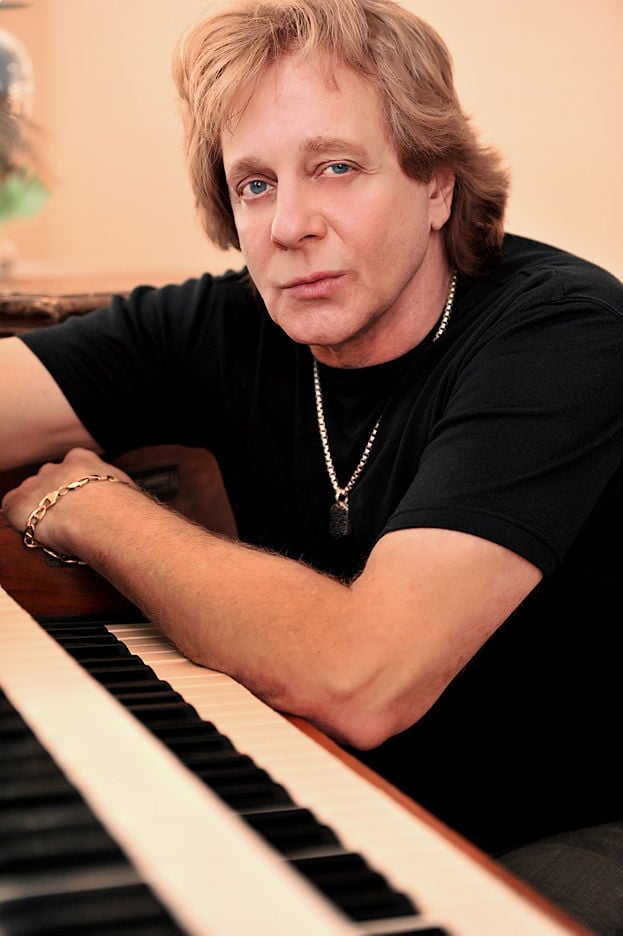 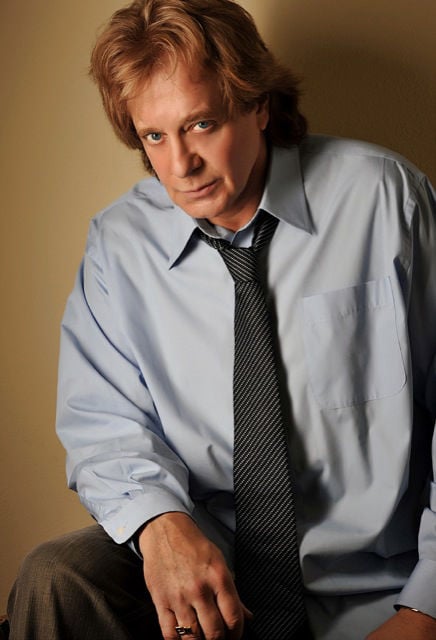 A wisecracking former NYPD cop once opened for the Rolling Stones, performed for 600,000 people during the US Festival, and sang about “Two Tickets to Paradise.”

But first he was born Edward Mahoney in Brooklyn, New York. He witnessed the birth of rock ‘n’ roll, caught the Beatles and the British Invasion, and became a rock star, too.

Make welcome, Eddie Money. The singer of “Shakin’” will shake loose a sack of hits on Saturday, Oct. 7 at Niswonger Performing Arts Center in Greeneville, Tennessee.

“I love Tennessee!,” said Money, by phone from his home in Malibu, California. “My wife is from Tennessee. I might be a yankee from New York, but people in Tennessee love my music.”

First up, during the 1960s Money replied to The Byrds’ “So You Want to Be a Rock ‘N’ Roll Star” with a resounding ‘yes!’ His parents did not agree. Vietnam raged and hippies multiplied as America’s culture turned upside down. They did not want that for him.

“When I was in high school, I was in a rock band (The Grapes of Wrath),” Money said. “My father said ‘Go to the police academy so you can get an occupational deferment from Vietnam.”

“I had short hair. I was in the police department for two years,” he said. “Then I moved to Berkeley, California. I got with (promoter) Bill Graham, signed with Columbia Records, did ‘Saturday Night Live,’ ‘The Tonight Show,’ Merv Griffin’s show. I was all over the place.”

Life was a dream and Money sat perched upon a cloud.

“It was fantastic to be alive,” he said. “I would say it was utopia.”

Long before Money’s eponymous debut album for Columbia in 1977, vocals-heavy groups deeply im-bedded into his musical psyche. There was Dion and the Belmonts’ “The Wanderer,” the Rascals’ “Good Lovin’,” Del Shannon’s “Runaway,” and so forth.

“Dion? Are you kidding me? Dion was the stuff, man,” Money said. “They were just amazing. Plus when I was younger, I was singing doo-wop like ‘Like is But a Dream.’ I was a huge fan of Mitch Ryder and the Detroit Wheels. Hank Ballard? Loved Hank Ballard.”

Money soaked in and later incorporated those groups’ knack for infectious melodies. Hear it in his hits — 1982’s “Shakin’,” 1986’s “Take Me Home Tonight,” 1988’s “Walk On Water.” They’re as catchy as a spider’s web, only with a better bite.

“We got ‘Baby Hold On,’ ‘Two Tickets to Paradise,’” Money said, referring to his first two hits. “I moved out of Oakland and into a bigger house, but I was never home. We’d do three weeks at a time on the road, work 17 or 18 hours a day. We went out with the Rolling Stones, Fleetwood Mac, Steve Miller Band.”

Duck walk back to the Stones and Keith Richards.

“Mick Jagger was having to work too hard. We were fired from the Rolling Stones tour for being too good,” Money said. “That’s the rumor, anyway. When I got to meet Mick Jagger, he was like any other guy. He took pictures with me, was just a great guy.”

“I was standing at the urinal one day next to Keith Richards,” Money said. “I asked him, ‘What guitar did you play on ‘Lady Jane’?”

A raspy laugh later, and the still-Brooklyn accented Money was onto another topic. Hank Williams’ name came up.

From country music to cocaine, Money spoke like a Ferrari is meant to be driven: Quickly. A simple sex, drugs, and rock ‘n’ roll question opened up another channel into the vast life lived by the rock star.

“I had a girl in every port,” Money said. “I drank a lot of alcohol. I did cocaine. Never did heroin. Drank a lot of booze. Wrecked a lot of cars. I was snorting South American countries during the 1980s. I overdosed twice, one that the public knows about and one they don’t.”

Some folks survive tornadoes and hurricanes and some do not. Money survived a tsunami of good and bad times overload yet miraculously retained his voice.

He paused. Money recalled Sept. 4, 1982, the day he performed for more than 600,000 people at the US Festival. Tom Petty and the Heartbreakers played that day, too.

“Have you heard the news about Tom Petty?” Money asked about the fellow rock star who died soon thereafter. “We both live in Malibu.”

Moments earlier, he told a joke about how he met his wife.

“It was in Nashville,” Money said. “She was beautiful. I was singing ‘Two Tickets to Paradise.’ Tears were streaming down her face. I looked down and she said, ‘You’re standing on my fingers!’”

That’s Eddie Money, folks. He’s lived on a wealth of talent, abundant luck, and a wall’s rattling stock-ade of laughter.

“Somebody up there likes me,” Money said. “My father was a devout Catholic. Somebody likes me. Rock and roll has been good to me.”